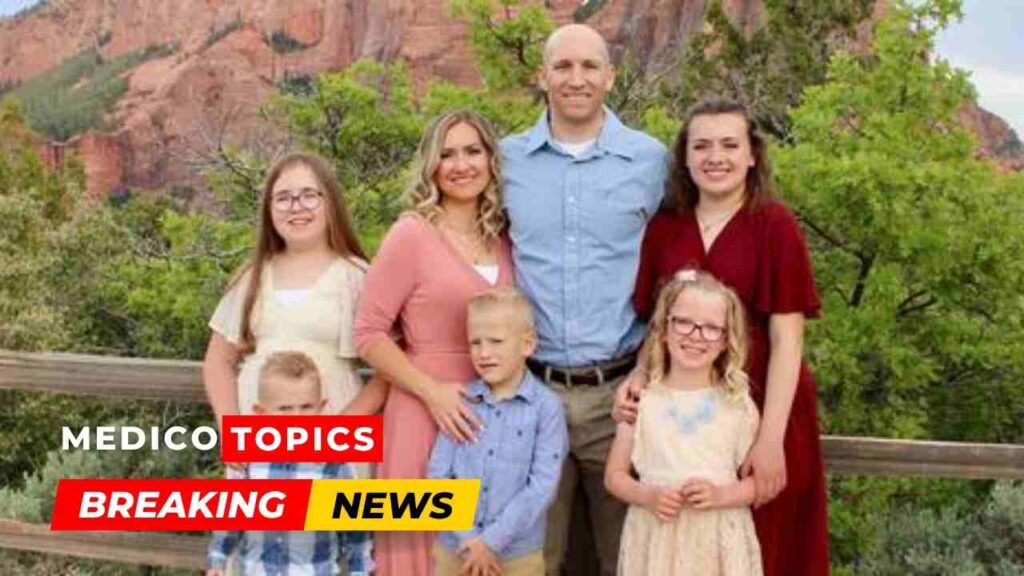 Eight persons with gunshot wounds were discovered by police conducting a welfare check at the residence, according to city officials on Thursday. Let’s see more about the Southern Utah home shooting and who is the suspect in detail.

On Wednesday, investigators said they found eight members of a family, including five children, shot in an apparent murder-suicide in a rural Utah home.

According to local officials in the agricultural city of Enoch City, which is about 245 miles south of Salt Lake City, police officers discovered the discovery while performing a welfare check at the property. Enoch City is located northeast of Utah’s border with Nevada and Arizona.

According to city officials, the family’s relatives and acquaintances requested the welfare check after not hearing from them.

“The Haights were my neighbors, the youngest children played in my yard with my sons,” Mayor Geoffrey Chesnut told reporters during the press conference.

“Enoch is a home of lots of young professionals and families… This is a tremendous blow to many, many families who have spent many, many nights with these individuals who are now gone.”

.@POTUS and @FLOTUS are mourning with the Enoch City, Utah community in the wake of a tragic shooting that has reportedly claimed the lives of five children and multiple adults in their family home.https://t.co/ikVCDYr0sp

Who are the suspects and victims? 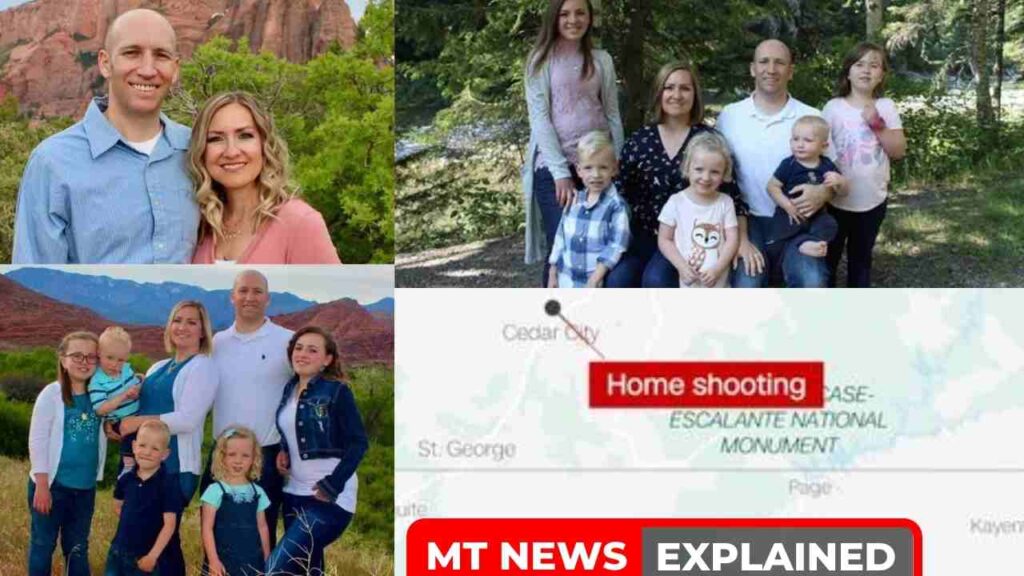 Michael Haight, 42, was named as the Utah home shooting suspect by city officials on Thursday. His wife Tausha Haight, 40, and Tausha’s mother, Gail Earl, 78, are among the deceased.

Three of the young people were Haights’ children, city officials said. The five youngsters were all students in Iron County School District in Cedar City, Utah, according to a statement released on Wednesday.

The district described the fatalities as a “tragic loss” for the neighborhood. For our whole school system, especially our pupils, “this loss is sure to raise many emotions, concerns, and questions,” it stated.

Deidre Henderson, the lieutenant governor of Utah, termed the shooting “a tragedy” and expressed her concern for the residents of the Enoch City in a tweet.

“Our hearts go out to all those affected by this senseless violence,” Utah Gov. Spencer Cox (R) tweeted. “Please keep the community of Enoch in your prayers.”

At a press conference on Thursday morning, Enoch City Manager Rob Dotson said, “Evidence suggests that the suspect took his own life after killing seven others in the home.”

To determine the victims’ official causes of death, the state medical office will do autopsies, according to Dotson.

Dotson said the welfare check was conducted after “someone with whom (the mother) had an appointment” notified police she did not show up.

Police say the suspect, 42 y/o Michael Haight took his own life after killing 7 people. The two other adults in the home were Haight’s wife, Tausha Haight, and Tausha’s mother, Gail Earl. The minors were the Haight’s children 17, 12 & 7 y/o year-old females and 7 & 4 y/o males. pic.twitter.com/EMVFECU3HN

“We still are gathering mountains of information to make sure that everything is done correctly,” Dotson said.

The district stated that counselors are available at its counseling center or school office buildings and that a crisis intervention team is ready to assist children, parents, and school staff.

According to investigators and public records, a man in Utah fatally shot his five children, his mother-in-law, and his wife before shooting himself two weeks after she requested a divorce.

During a press conference on Thursday, Enoch Police Chief Jackson Ames stated that officers were involved in investigations regarding the 42-year-old man and his family “a couple of years earlier.” He said nothing further.

The incident shook the little community of Enoch in southern Utah, which is midway between Salt Lake City and Las Vegas.

The night before the killings, Tausha Haight and other family members were spotted in a church group for young ladies, according to the Mayor Geoffrey Chesnut.

It was reported that Tausha’s mother had been staying with the family to support them through a difficult period. Tausha Haight filed for divorce on December 21, according to court records.

Haight had received the documents on December 27, according to her lawyer’s statement on Thursday.

The divorce’s causes were unknown, in part because the Utah law prohibits the public from learning the specifics of divorce proceedings.

Tausha Haight’s divorce attorney, James Park, claimed she didn’t express any concern that her husband would physically harm her.

Park chose not to go into further detail, citing the ongoing homicide investigation. He stated he met with Tausha Haight only twice, most recently on Tuesday, and she “was an incredibly nice lady.”

Haight did a church mission in Brazil after finishing high school. In 2003, he married Tuasha at a church temple in St. George. He was raised in Cedar City, but she was from Overton, Nevada, which is just two hours south.

Haight worked as an insurance agent as an adult, and Allstate recognized him with a customer satisfaction award.

“The President believes there is more to be done to keep our homes, schools and communities safe, including enacting an assault weapons and high-capacity magazine ban to get weapons of war off our streets…” https://t.co/QY5yocx40j

Southern Utah home shooting: Who was Michael Haight? Why the suspect shot dead his 7 family members before killing himself ?

How did Russell Pearce die? Former State senator cause of death explained