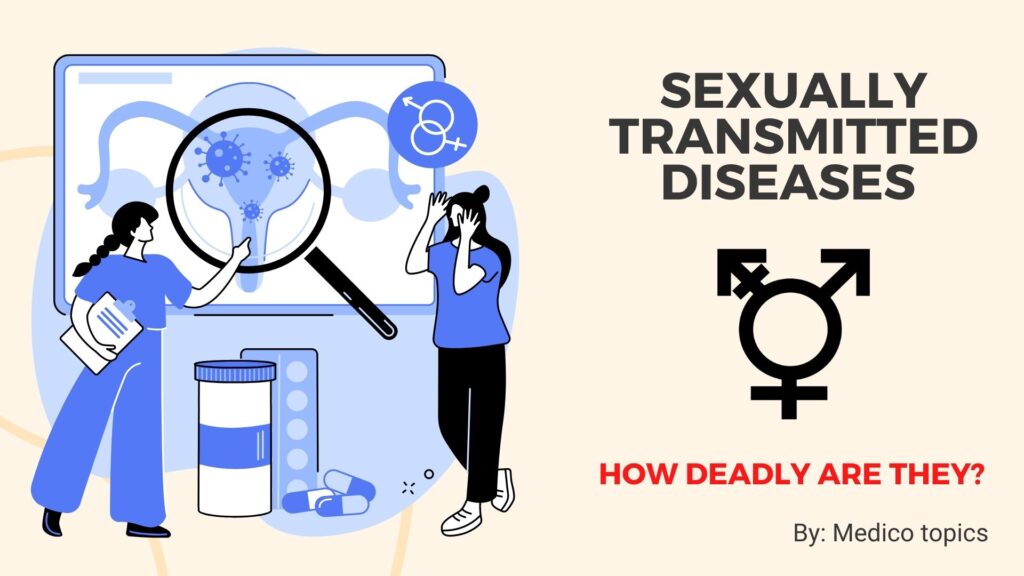 Sexually Transmitted Diseases: They have a good education and are well-educated pair. I’m in love with life. For the first time, an attempt to have a baby was aborted. For the second time, the scenario is the same. They’d gone to the doctor for help, but they didn’t know what was wrong. The exam went off without a hitch for the woman.

Within three months of starting therapy, the lady became pregnant.

The baby was healthy during the 5th-month scan. The baby, however, was stunted and the mother’s stomach was low in the water at the time of the 7th-month ultrasound. Everything would be OK if the mother was taken for a checkup right away.

No matter what tests were performed over the next two weeks, everything was “normal.”

A torch test was eventually done to further alter the baby’s growth.

That is also not an issue. However, it has been 32 weeks since that time. The mother’s blood supply was limited, and the baby died within a week.

The doctors were taken aback when they were told they needed to perform an emergency cesarean and remove the baby. Congenital syphilis was discovered in the baby. When the mother’s blood test results arrived, doctors discovered she had acquired a sexually transmitted disease.

Without any prior test results, he was diagnosed with a sexually transmitted disease.

Doctors believe she was assaulted by her spouse.

But, in the end, the baby perished. An asymptomatic sexually transmitted disease wrecked the family’s goal of a joyful start.

See Dr. Jeyarani Kamaraj’s responses to a variety of questions, including how sexually transmitted infections develop and how they are diagnosed.

What are the most common sexually transmitted diseases?

which are transmitted through improper sexual intercourse.

How is sexually transmitted disease spread?

What are the signs and symptoms of STIs in men?

Many people aren’t aware of the signs and symptoms of sexually transmitted diseases. For other people, symptoms do not develop until the condition has progressed. For men, the most common symptoms are

You are more likely to be infected with a sexually transmitted disease if you have more than one of the above symptoms after sexual intercourse.

What are the signs and symptoms of STIs in women?

Whitening is more common in women a few days before and after menstruation. But in the few days after sexual intercourse, the symptoms maybe

Is UTI a sexually transmitted disease?

A urinary tract infection (UTI) is not a sexually transmitted illness (STI) or a communicable condition. However, the bacterium that causes a UTI may be passed between partners.

Can I take medicines for my symptoms in a pharmacy without knowing if I have sexually transmitted diseases?

Excessive whiteness, stomach discomfort, fever, pelvic pain, and irritation when urinating will all persist. Bleeding can occur as a result of uterine ulcers. Infertility can result if this spreads to the next uterus. Sexually transmitted diseases can be completely cured if treated from an early stage under the supervision of a doctor.

Is it true that sexually transmitted diseases may only be spread through inappropriate sexual contact? Is it spread when the patients go to the bathroom?

Are there any sexually transmitted diseases that are incurable?

Gonorrhea, Syphilis, and Chlamydia trachomatis can be completely cured with proper treatment.

What is the shortest period of therapy for STDs?

Sexually transmitted infections are discovered early and can be treated by consulting a doctor and completing a one-week antibiotic treatment regimen. With early medical treatment, syphilis can be totally cured. However, if the disease’s impact is recognized in stage 2, therapy may take a lengthy time.

Do people have a strong judgment about STDs?

Similarly, if someone is in a post-marital relationship with their spouse, they must assess their partner.

Those who are infected with a sexually transmitted disease will undoubtedly pass it to others if it is not entirely healed, regardless of who they are in a relationship with.

How to prevent sexually transmitted diseases?

Cervical cancer is still the leading cause of death in women worldwide. Every year, the disease takes the lives of 3 lakh women. 5 lakh people are newly affected. This is a huge problem in developing countries. Girls aged 11 to 15 should be vaccinated against the human papillomavirus. As a result, the disease’s impact can be discovered early on.

Recent Posts – What is the relationship between heart rate and arousal (penile erection)?