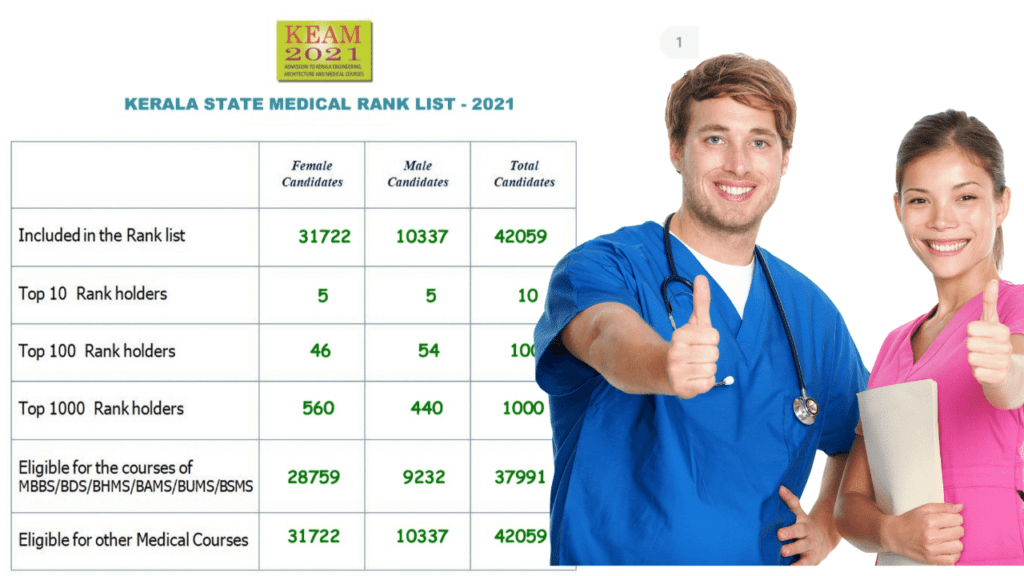 The top ten spots were split evenly between boys and girls. There are 54 males and 46 girls among the top 100 rank holders. Girls surpassed males by 560 positions among the top 1,000 rank holders. Alappuzha’s Gowrishankar S took first place in the state. He had a NEET score of 715, putting him in 17th place in the All India Rank. At the same time, Vaishnav Jayavardhanan of Thrissur was ranked second (NEET rank – 23; marks -710) and RR Kavinesh of Kottayam was placed third (NEET rank – 23; marks -710). (NEET rank – 31; marks -710).

“I aim to pursue an MBBS degree from All India Institute of Medical Sciences in New Delhi,” Gowrishankar said over the phone from Alappuzha to The New Indian Express. He credited his achievement to the support of his professors and parents, as well as his own hard work. This was his first attempt.