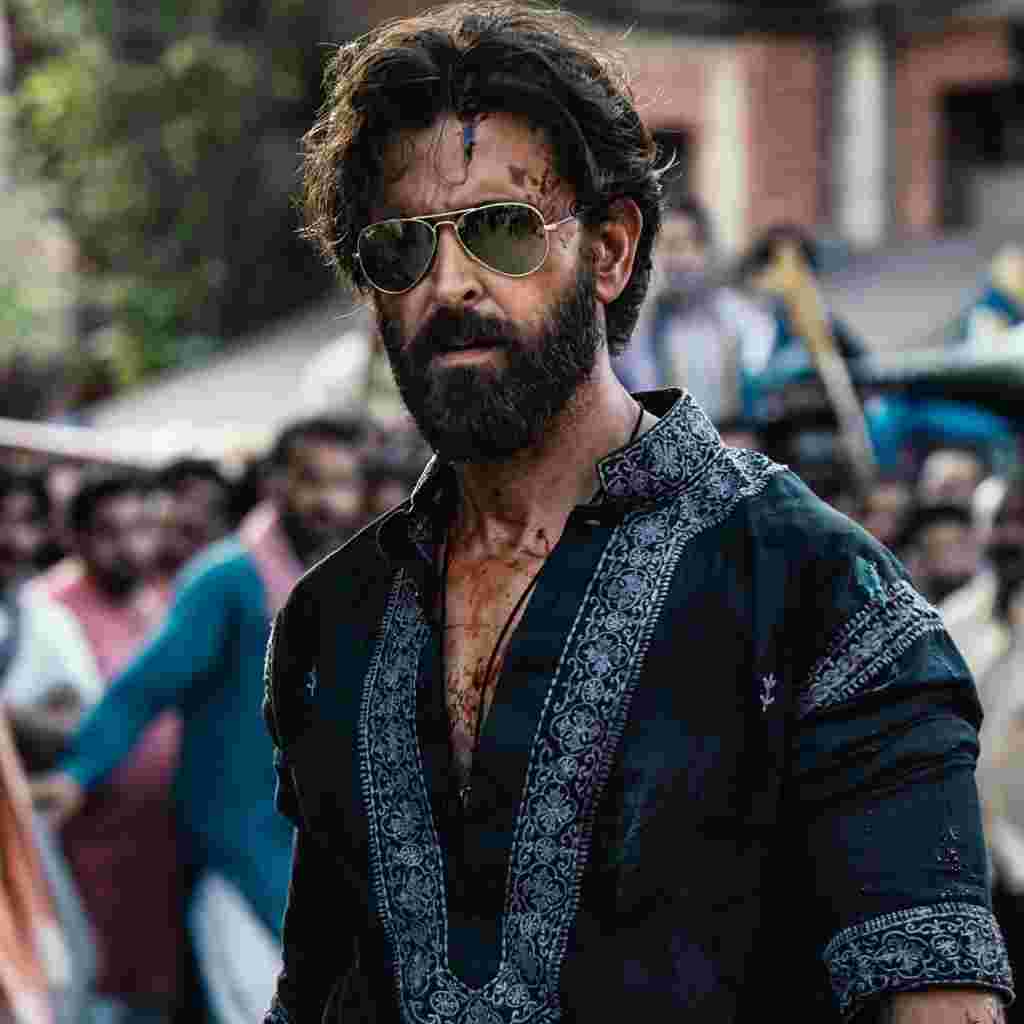 Vikram vedha first look: Today is Hrithik Roshan’s yet another birthday. On his birthday, the actor turned to Instagram to share a photo from his next film, ‘Vikram Vedha,’ with his followers.

Hrithik is wearing a tough appearance in this photo. He flaunted his beard and lengthy hair. He wore a black kurta and a pair of fashionable sunglasses. We can tell from his appearance that spectators will be treated to amazing action and several surprises.

The film will reach the big screens internationally on 30 September 2022.

R. Madhavan and Vijay Sethupathi played the key parts in the original Tamil hit.
‘Vikram Vedha’ is a neo-noir action thriller inspired by the folk story ‘Vikram Aur Betaal.’ The film follows a fierce cop who is tasked with tracking down and killing an equally tough mobster.

The first schedule of the film, according to rumors, was shot in Abu Dhabi.

In addition to Hrithik, the film also stars Saif Ali Khan and Radhika Apte. After the 2002 film ‘Naa Tum Jaano Naa Hum,’ Saif and Hrithik are meeting on the big screen once more.

Meanwhile, Hrithik will next be seen in Siddharth Anand’s ‘Fighter,’ in which he will co-star for the first time with Deepika Padukone.

[…] Hrithik Roshan On his birthday shows off his rugged first look as Vedha in ‘Vikram Vedha.’ […]

[…] Hrithik Roshan On his birthday, shows off his rugged first look as Vedha in ‘Vikram Vedha.’ […]