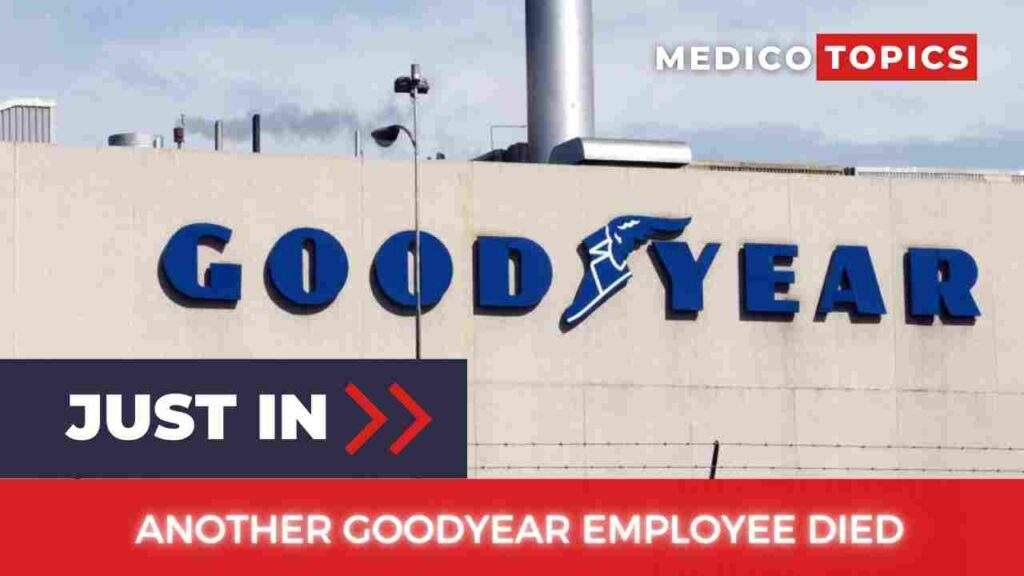 On Saturday morning, a Goodyear employee died at the Topeka tyre facility, according to authorities. Let’s see what happened in detail.

What happened at the Topeka tyre facility?

Barbara Hatala, a representative for Goodyear, sent the following statement to 13NEWS on Saturday afternoon: “We deeply regret that an associate died away this morning at the Goodyear-Topeka plant. Our thoughts are with the family, friends, and colleagues of our coworkers. The security of our employees is always our top concern at Goodyear. We are looking into internal matters, and we’ll work with outside investigators in every way possible. We are unable to disclose more details due to privacy concerns.

The inquiry is still being conducted. On Saturday, 13NEWS contacted the Shawnee County Sheriff’s Office, but it stated that it has no more comment at this time. More details will be added to this article as they become available.

After investigation, we learned that Goodyear had lost 5 employees to death. Since 2015, there have been two fatalities in Topeka and four at the Virginia facility (four in one year). When it comes to manufacturers with the most fatal workplace accidents, Goodyear comes in fifth.  Among the leading tyre producers, they also hold the top spot for the amount of Health and Safety violations.

Back in 2017, James Lay Jr. died at Topeka’s Goodyear plant

According to News archives,

A worker from a Topeka employment agency named James Lay Jr., 61, passed away at the plant, which is located at 2000 N.W. US-24 highway, according to officials.

What caused his death was not immediately known at that time.

According to Occupational Safety and Health Administration spokesman Scott Allen, compliance officials were headed to the factory “to find out what could have caused this terrible occurrence.”

Allen stated, “At this moment, we don’t know what could have caused the fatality.

According to Paul Bossert, president of Kansas Personnel Services, where Lay was employed at the time of his passing, Lay’s name was made public at the request of his family.

Authorities said local fire departments and first responders don’t typically respond to incidents at Goodyear, which they said is an “exempt facility” that has its own fire department and medical team on site.

People raged over the safety issues in Goodyear

Goodyear still needs a lot of safety issues to be fixed even from way back when my Dad worked there… That has been over 45 years ago.

One employee from Goodyear said this,

RIP. My grandpa worked there for 25-30 years before retiring. My dad has been there for 20, my older brother has been there around 10, and my son just started in January. Compared to how things were when my grandpa was there, safety has come a long way which is why the last time this happened was in 2017. That’s not to say accidents don’t happen. In factories like this, you need to be hydrated, and always mindful of your surroundings and what you are doing. I really hope they help the worker’s family out in the aftermath.

Another one sent his condolences,

So sad Condolences to the family. Lift them up in your arms and comfort them at this difficult time. Prayer to them and the deceased Goodyear Teammate, rest in peace.

This is a developing story. Come back later to find new updates on the Goodyear employee who died.

Jamie Brannen and his father Bob died: What happened? Cause of death Explained