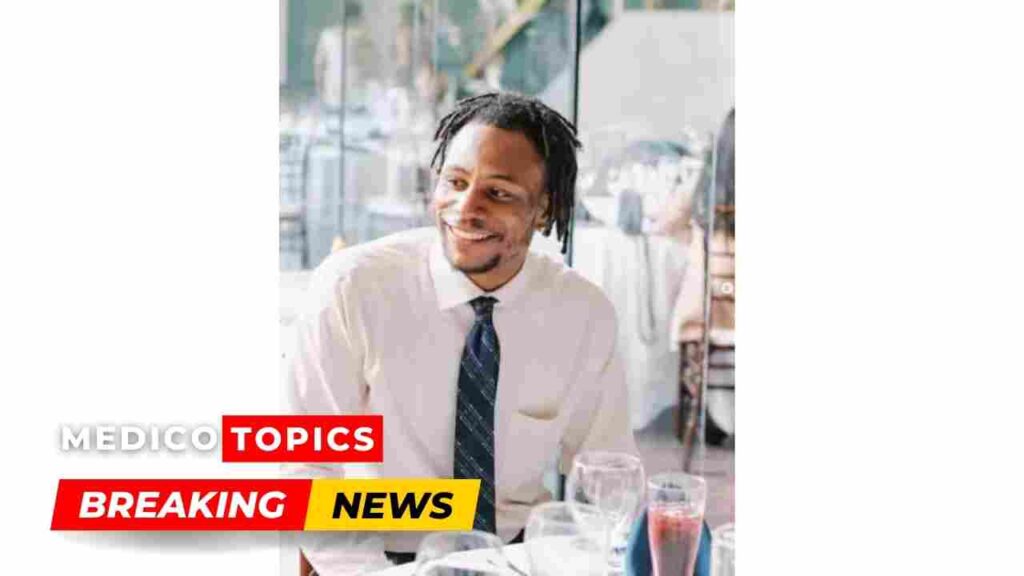 Patrisse Cullors, a co-founder of Black Lives Matter, claimed that the Los Angeles Police Department was accountable for the killing of her cousin during a traffic stop. Let’s see about it in detail.

A cousin of Black Lives Matter co-founder Patrisse Cullors was killed by Los Angeles police after he got in a traffic accident and officers who showed up repeatedly Tased and restrained him in the middle of the street, according to body-camera footage and his family’s account.

Keenan Anderson, a 31-year-old father and high school teacher, was shown pleading for assistance as several officers held him down in footage from the 3 January confrontation that was made public on Wednesday.

At one point, Anderson stated,

“They’re trying to George Floyd me,”

in the video. When Anderson was lying down, one cop had his elbow on his neck. A second officer then Tased Anderson for around 30 seconds without halting, then again for five seconds.

“My cousin was asking for help, and he didn’t receive it. He was killed,”

“Nobody deserves to die in fear, panicking and scared for their life. My cousin was scared for his life. He spent the last 10 years witnessing a movement challenging the killing of Black people. He knew what was at stake and he was trying to protect himself. Nobody was willing to protect him.”

The police chased Anderson on his motorbike as he eventually began to run, yelling, “Get down to the ground, now,” and “Turn over on your stomach.”

As several officers arrived and began to hold him down, Anderson yelled, “Please help me,” and “They’re trying to kill me,” repeatedly. Anderson was lying on his back on the ground when one of them put his elbow and weight on his neck. “Turn over or I’m going to Tase you,” the officer roared over him at this moment. Anderson kept saying, “Help me,” while the officer instructed him to stop struggling throughout the Tasing.

He was taken to a hospital by paramedics after they got on the scene, where, according to LAPD, he suffered a heart arrest four and a half hours later and passed away.

Keenan Anderson Cause of death

The cousin of Black Lives Matter co-founder Patrisse Cullors passed away after being Tased by Los Angeles police during a traffic stop. She claimed that her cousin was one of three people killed by the LAPD this year in an Instagram tribute to her cousin, claiming that his death was the result of police aggression.

On January 3, Keenan Anderson, 31, was responsible for an automobile accident in the center of Venice Boulevard. He was “behaving erratically,” according to the authorities, and attempted to escape from the cops’ grasp as they tried to perform a DUI investigation.

The cops struggled with Anderson until they had no choice but to use their Tasers in addition to physical restraints to hold him. He was bound with handcuffs and had his ankles joined.

He suffered a heart arrest as a result of the altercation, and he later passed away in the hospital.

According to Cullors, Anderson, who leaves behind a small kid, was teaching English at the Digital Pioneers Academy, a predominantly Black school in Washington, DC, while on a visit to LA. He has worked at a number of other schools in the past, including a charter school in Watts, Los Angeles.

Cullors said that she, Anderson, and their extended family left Louisiana

Three women are credited with establishing the Black Lives Matter movement in 2013, following the acquittal of George Zimmerman for the Florida murder of Trayvon Martin. One of them is Cullors, a lifelong organizer who has spoken about her brother’s torture in the LA jail.

“He was so committed to his students. He was so present for them and was an educator who believed in education.” She recalled how Anderson at a young age was driven to “be a better human being, to make a difference and to impact people’s lives”.

“It’s a reminder that when we say ‘Black lives matter,’ we mean our own Black lives, too. We’re not fighting for some cause, we’re fighting for our own lives and for our people.”

“We know that a minor traffic accident shouldn’t result in the death of anyone, let alone the death of this Black man, who was clearly unarmed and wasn’t doing anything wrong.”

Cullors and Advocates question his death

Cullors and other activists have questioned the necessity of sending armed police to an accident. It occurred in a car accident.

“These types of killings and this type of force will not be interrupted unless we have courageous elected officials come forward and challenge not just the police, but also the policies.”

In a press conference, LAPD Chief Michel Moore claimed that Anderson was acting in an “erratic” manner and had a “medical emergency,” and that a preliminary blood test found that he had cocaine and cannabis in his system.

However, no official cause of death has been established, and activists have blasted the agency for disclosing that information and implying drug usage was a factor in his demise.

It’s unclear what role the physical struggle with the officers and the use of the Taser played in his unfortunate death, according to Moore, who claimed Anderson was in an “altered mental state.” Moore said the Taser was “activated” against Anderson ten times, but that not all deployments were “effective.” He added, “I will pay close attention to the use of the Taser as the investigation continues.”

“There is no pre-set limit on the number of times a Taser can be used in a particular situation, however, officers should generally avoid repeated or simultaneous activations to avoid potential injury.”

In a statement, Mayor Karen Bass described the video of Anderson and the two fatal shootings this month as “deeply disturbing,” saying,

“We must reduce the use of force overall, and I have absolutely no tolerance for excessive force … When there is no immediate risk to others, law enforcement must not be the first responder when someone is experiencing a mental health crisis.”