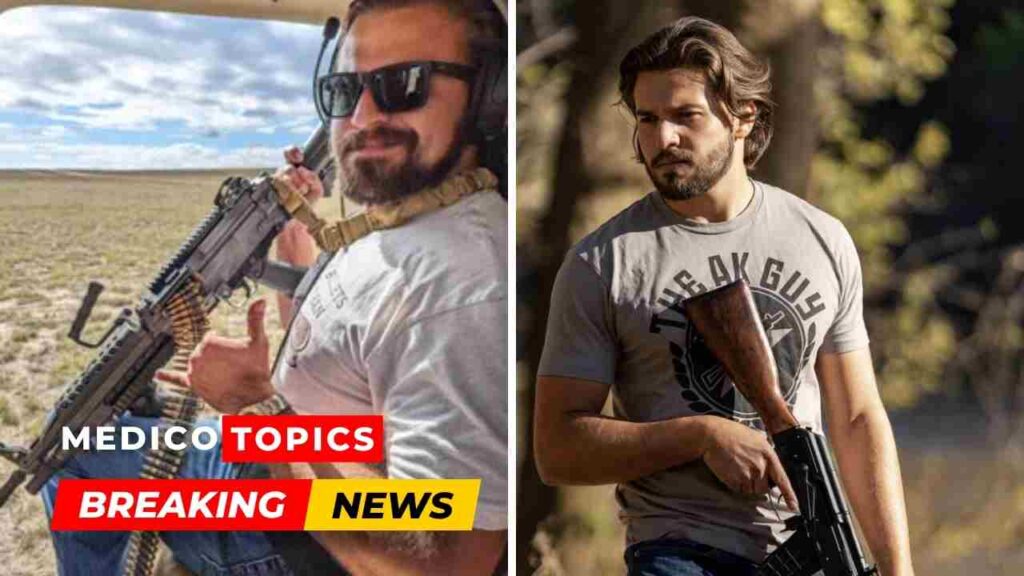 Brandon Herrera’s (The AK guy) fans are confused whether he is alive or dead. Twitter alleges that he was killed in Ukraine. Let’s see what happened in detail.

Brandon Herrera, better known as The AK Guy, is not dead. Let’s get that straight before we go into the specifics of a Twitter message that falsely alleges he was killed in Ukraine.

Rumors spread across Twitter that the AK guy is dead, while Brandon Herrera is still alive. After rumors of the American YouTuber’s death began to circulate on Twitter and Instagram, Brandon began to poke fun at his fake death, asking for fans’ prayers.

Although there is nothing like that and he is still alive. Let’s see why the rumors spread on Twitter that he was deceased.

People were worried about The AK Guy’s life after viewing the Twitter tweets that he passed away in a war. The post shared a “Breaking News,” which was shared by the page Krus, saying, “US Navy Vet and YouTuber Brandon Herrera killed while fighting in Ukraine.” went viral.

But, these tweets are not true as it was shared hilariously. Let’s get into the tweet war.

Krus first tweeted, “RSOTM has confirmed this, saying he was killed by Wagner Mercenaries in Bakhmut.”

Taking into consideration that The AK Guy handles one too many guns, people became concerned about his life after seeing the Twitter post in question. A lot of fans reacted to this by commenting whether he is alive or dead.

After that, Brandon retweeted the same post saying, “Your thoughts and prayers are appreciated in this difficult time.”

Krus then tweeted, “Confirmed by the family, so sad rip hero.”

Confirmed by the family, so sad rip hero 😭😔❤️ pic.twitter.com/3j5idGoUYE

Another post with the phrase “This has been further confirmed by Kruschiki Correspondents implanted in Wagner” and a caricature of a skeleton brandishing a rifle as the logo reads.

The YouTuber responded hilariously when one of Brandon’s fans joined the troll by submitting a GIF of a dog pretending to be shot: “Bro, have the decency to put an NSFW warning on that.”

“Please be more careful when in Ukraine,” another Twitter user urged Brandon. Krus aka krus_chiki tweeted, “I’ll have my revenge for this.” Brandon Herrera replied hilariously that “To be fair, you did just kill me”

Krus retweeted it, saying, “Let this be a warning to all you who attempt to stand in my way.”

The AK Guy (Brandon Hernandez) is alive and not dead.

Brandon is the owner of The AK Guy, a company that makes “all shapes and sizes of Kalashnikov design guns.” They are based in Fayetteville, North Carolina. He is a joint owner of the Stark Media Group and designed the rifle known as the AK-50.

The content creator rose to prominence on YouTube, where he publishes videos of himself firing and operating various firearms. He is a 07 Firearm Manufacturer based out of Fayetteville, NC.

Brandon has more than 2.25 million YouTube subscribers and more than 300,000 Instagram followers. In addition to shooting and selling firearms, Brandon is also known for his viral gun meme reviews.

Who was Prince Iheme? Osita Iheme’s Brother killed by a gunman