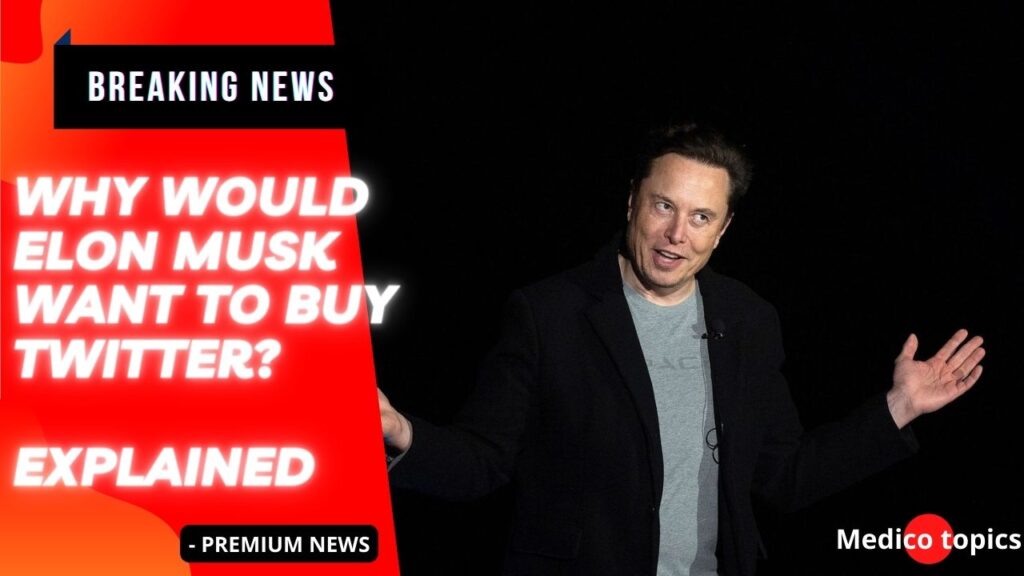 Elon Musk wants to pay more than $40 billion for Twitter

Elon Musk has made an offer to purchase Twitter for $54.20 per share, valuing the company at approximately $43 billion.

Tesla CEO Elon Musk revealed his “best and final” bid to buy Twitter and take it private early Thursday, saying in an SEC filing that “I don’t have confidence in management” and promising Twitter board chairman Bret Taylor that he would improve the company.

“Twitter has enormous potential,” Musk said. “I’ll get it unlocked.”

The offer caps off a whirlwind few weeks for the world’s richest man, who earlier this month paid nearly $3 billion for a 9.2 percent ownership stake in Twitter, making him the company’s largest shareholder. In the ten days that followed, Twitter announced Musk’s appointment to its board of directors, but he changed his mind on the day his term was to begin.

Musk said on Thursday that if his takeover bid is rejected, he will “reconsider my position as a shareholder.” According to a statement, the “Twitter Board of Directors will carefully examine the proposal to decide the course of action that it believes is in the best interests of the Company and all Twitter stockholders.”

According to Dan Ives, an analyst at Wedbush, Musk’s takeover bid is unprecedented.

“This is unprecedented in the history of public markets,” Ives says. “For anyone who has followed Wall Street for the past 100 years, it’s a ‘Twilight Zone.'”

Twitter’s stock has risen 17 percent since Musk’s initial 9 percent stake was revealed on April 4. They have swung back and forth as various reports about Musk’s involvement with the company emerged.

Here’s a look at what Musk has said about Twitter in recent days, as well as how his takeover bid may pan out.

Musk stated in his SEC filing that he believes Twitter has the “potential to be the platform for free speech around the world.”

Musk has been a vocal Twitter critic, claiming that the platform stifles free speech. He liked a tweet suggesting that “Elon was told to play nice and not speak freely” after deciding not to join the board.

“This social media platform and freedom of speech are two of his great passions,” Ives says. “It’s become a point of contention for him.” And he’s decided to pick up the baton and try to change things.”

“However, since making my investment, I’ve realized that the company, in its current form, will neither thrive nor serve this societal imperative.” “Twitter should be spun off as a private company,” Elon Musk added.

What if the deal doesn’t work?

“If the deal fails, given that I lack confidence in management and do not believe I can affect the necessary change in the public market, I will have to reconsider my position as a shareholder.” This is not a threat; it is simply not a good investment without the necessary changes,” Musk said.

Why did Twitter reject Elon Musk Offer: Twitter, Inc. has confirmed that it has received an unsolicited, non-binding proposal from Elon Musk to acquire all of the Company’s outstanding common stock for $54.20 in cash per share. “The Twitter board of directors will carefully examine the proposal to decide the course of action that it believes is in the best interests of the company and all Twitter stockholders,” it added.

According to reports, Twitter is not interested in Elon Musk’s offer to buy the company. Twitter’s board is also reportedly considering a “poison pill” strategy to make Elon’s life more difficult.

“I don’t believe that the suggested offer by @elon musk ($54.20) comes close to the intrinsic value of @Twitter given its growth prospects,” Prince Alwaleed said in a tweet.

“As one of Twitter’s largest and longest-term shareholders, @Kingdom KHC and I reject this offer,” he added.

0 0 votes
Article Rating
Subscribe
1 Comment
Oldest
Newest Most Voted
Inline Feedbacks
View all comments
How did Mike Bossy die? What do we need to know? Cause of death

[…] Why would Elon Musk want to buy Twitter? Explained […]