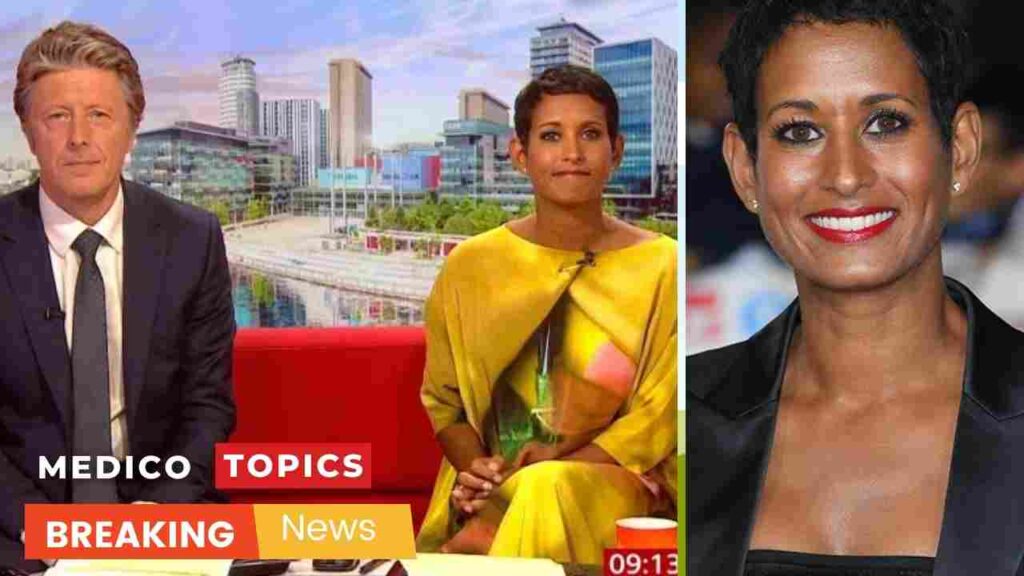 Viewers of BBC Breakfast have been wondering where Naga Munchetti has been lately. After doing some research, we believe the host wasn’t present. Let’s see Why was BBC Breakfast star Naga Munchetty absent from the program in detail

Viewers of BBC Breakfast were eager to voice their opinions over Naga Munchetty’s absence from the show’s coverage of the Queen’s burial on Monday.

The royal family gathered for a sombre service at Westminster Abbey for the historic occasion. Then why was the well-known newsreader absent from the broadcast recently, and where was she?

The 47-year-whereabouts old’s were raised by viewers on Twitter during Monday’s episode of the show. What have they done with Naga during all of this, a commenter asked? “Anyone knows where #Naga Munchetty was,” one person continued.

Naga came to Twitter on Monday to explain that she was busy working on coverage of the funeral for BBC Radio 5 Live and Radio 4. This may seem like the most logical explanation for Naga’s absence given that her regular slot is from Thursdays to Saturdays.

It has been an honor to work with @bbc5live @BBCRadio4 commentary team today, she wrote. What a privilege it was to work with (among so many other outstanding broadcasters).

She added the hashtag “#queensfuneral” after tagging her coworkers.

Fans expressed their relief in the comments section right away and praised the broadcaster for her efforts. I wondered where you were, one person remarked. “Missed you on @BBCBreakfast, lucky bbc5live and the others,” another added.

“Great work Naga,” a third person chimed in. Another concurred, writing: “Regards, Naga, and crew. I thoroughly enjoyed your commentary and felt connected.”

It's been a privilege to be part of the commentary team for @bbc5live @BBCRadio4 today.
What an honour to work with (among many other brilliant broadcasters)@bbcpaddy@stevejones1000 @PamMelbourne #queensfuneral pic.twitter.com/IKHnwSiawz

Why was BBC Breakfast star Naga Munchetty absent from the program?

On Monday, Naga was occupied with reporting the burial for BBC Radio 5 Live and Radio 4.

However, viewers also observed that Naga was missing from the famous red sofa on Friday’s episode, so it wasn’t just Monday’s broadcast that she was missing.

Bill Turnbull, a former BBC Breakfast presenter, had a funeral on Friday. The MailOnline revealed photos of Naga entering the church service in Suffolk, which may have provided a reason for why she didn’t appear on the show with regular co-host Charlie Stayt.