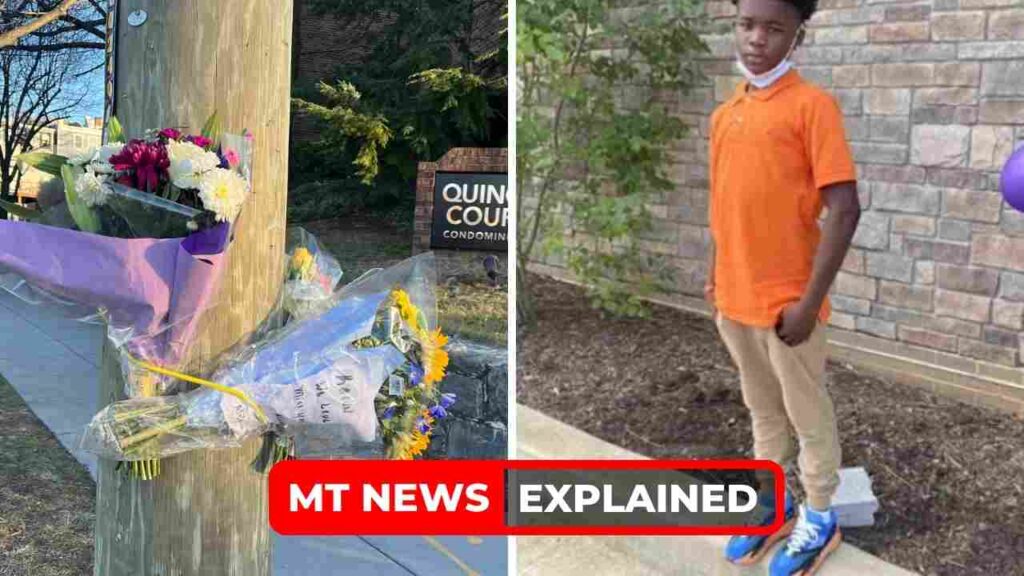 What happened in DC?

Police identified the deceased teenager as Karon Blake of Northeast D.C. The MPD and D.C. Fire and Emergency Medical Services arrived on the scene at 3:55 a.m. after responding to a call of a shooting, where they discovered Karon suffering from multiple gunshot wounds, according to the police report.

D.C. Fire and EMS transferred Karon to an area children’s hospital, where he was pronounced dead after attempts to save his life were unsuccessful, police said.

According to MPD detectives, the alleged shooter heard noises outside his home and noticed someone trying to break into vehicles shortly before 4 a.m. ET on Saturday.
The unidentified resident went outside with his registered firearm to investigate when he and Karon had some sort of interaction, resulting in the man shooting the 13-year-old boy, according to the report.

“I didn’t know you could get a gun permit and shoot somebody for messing with a car,” said the 13-year-old boy’s grandfather, urging all violence to stop. The shooting has sparked a fiery debate among lawmakers and residents over crime and accountability. https://t.co/jFFyYwYrW2

On Tuesday, D.C. Police Chief Robert J. Contee III defended holding off on naming the person who fatally shot a 13-year-old child he claimed to have seen stealing into cars, saying any charges will likely be resolved by a grand jury once the investigation is complete.

The shooting has triggered a heated discussion about crime and responsibility among lawmakers and locals, particularly about the young of the District. At least two lawmakers, notably recently elected D.C. Council member Zachary Parker (D-Ward 5), who represents the region where Karon was shot, have questioned why the gunman has not been put on trial.

Who was Karon Blake?

Karon, a student at Brookland Middle School, was shot shortly before 4 a.m. Saturday in the 1000 block of Quincy Street NE, in an incident in which police have released few precise details, including the name of the shooter.

Authorities have said a man who lived on the street confronted Karon after he heard noises, then claimed to have seen the boy and possibly others breaking into vehicles. Police have said it appears two other people ran away.

They have also said there is no indication Karon was armed, and Contee said Tuesday that they had not recovered a weapon from the youth.

As per the Records

“I again wish to express my deepest condolences to the family of Karon Blake. He was a son, brother, friend, and student who should still be here,” Ward 5 Council Member Zachary Parker told ABC News in a statement. “I am deeply saddened and outraged by Karon’s killing.”

The alleged shooter has not been charged with a crime or identified, but detectives from MPD and the U.S. Attorney’s Office are investigating the incident for any potential charges, according to the police report.

“No car or material possession is worth a life under any circumstances,” Parker said. “I join Ward 5 residents in calling on the Metropolitan Police Department and the U.S. Attorney’s Office to hold accountable the individual who took Karon’s life.”

More than 200 people filled the gym at the Turkey Thicket Recreation Center on Tuesday night for a community meeting on the incident, demanding details of the shooting and at times drowning out a police representative. Karon’s grandfather, Sean Long, 55, told the crowd that if the victim had been White, the shooter would have been arrested by now.

“I didn’t know you could get a gun permit and shoot somebody for messing with a car,” Long said, urging all shootings and violence to stop.

Several speakers told police there is nothing they could say to satisfy anyone in the room. “MPD has failed us again,” said Kwasi Seitu, a former advisory neighborhood commissioner in Ward 8. Karon’s aunt and grandmother pleaded for calm.

“This isn’t a protest,” the aunt said to applause.

whether criminal charges should be filed?

Police have said they are consulting with prosecutors on whether criminal charges should be filed. The U.S. attorney’s office said in a statement that it is “committed to thoroughly investigating this matter.” Morgan C. Kane, an assistant police chief, repeatedly told residents at the meeting that their questions were the same ones investigators were asking. “We want the same thing you want — to find out what happened,” she said.

The chief said at the news conference that he “recognizes the community’s desire in getting details of this incident,” and he promised a thorough review into what he called a “tragic death of a son of our city.”

Contee said identifying the man by name, customarily not done unless criminal charges are filed, would serve no purpose and could harm the investigation. He called social media posts that have purported to identify the shooter “reckless and dangerous.”

Tensions high at an ongoing community meeting about the incident. The youth's grandpa told the crowd of >200 if the victim had been White, the shooter would be in custody.
“I didn’t know you could get a gun permit and shoot somebody for messing with a car” https://t.co/ZcRuFATPU7

How did Black Warrior die? Mexican Professional wrestler cause of death explained