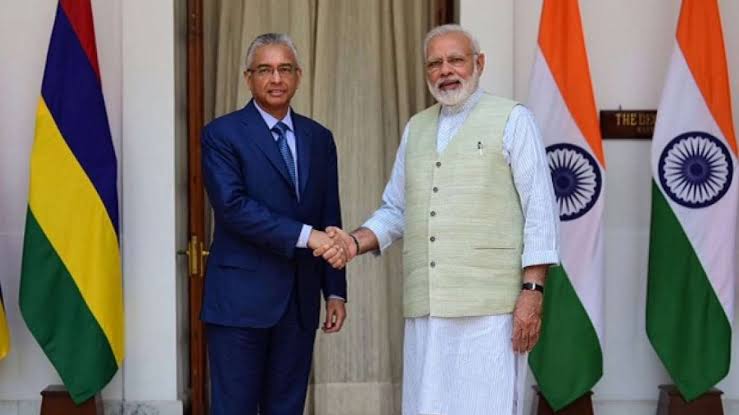 Pravind Jugnauth and Modi: According to the MEA, the two presidents would virtually launch the India-assisted Social Housing Units project in Mauritius on January 20, 2022

Prime Minister Narendra Modi and Mauritius’ Prime Minister Pravind Kumar Jugnauth will virtually open the India-assisted Social Housing Units project in Mauritius. According to the MEA release, “the two dignitaries will also open the Civil Service College and 8MW Solar PV Farm projects in Mauritius, which are being done with India’s development assistance.” A MoU on the execution of Small Development Projects will also be exchanged, as well as an agreement on extending a USD 190 million Line of Credit (LoC) from India to Mauritius for the Metro Express Project and other infrastructure projects.

The news follows Chinese Foreign Minister Wang Yi’s tour to Indian Ocean countries including Sri Lanka, the Comoros, and the Maldives, during which the Chinese side disclosed a number of business initiatives.

Mauritius is an important aspect of India’s “Neighbourhood First” strategy, with New Delhi supporting a variety of initiatives in the African island nation. In the early phases of the Covid-9 epidemic, India sent vaccinations and medical supplies to Mauritius.

You might like this one – If Ukraine is attacked, Putin would pay a “heavy price.” says President Joe Biden

Stay tuned to Medico topics for all major news from India and around the world.