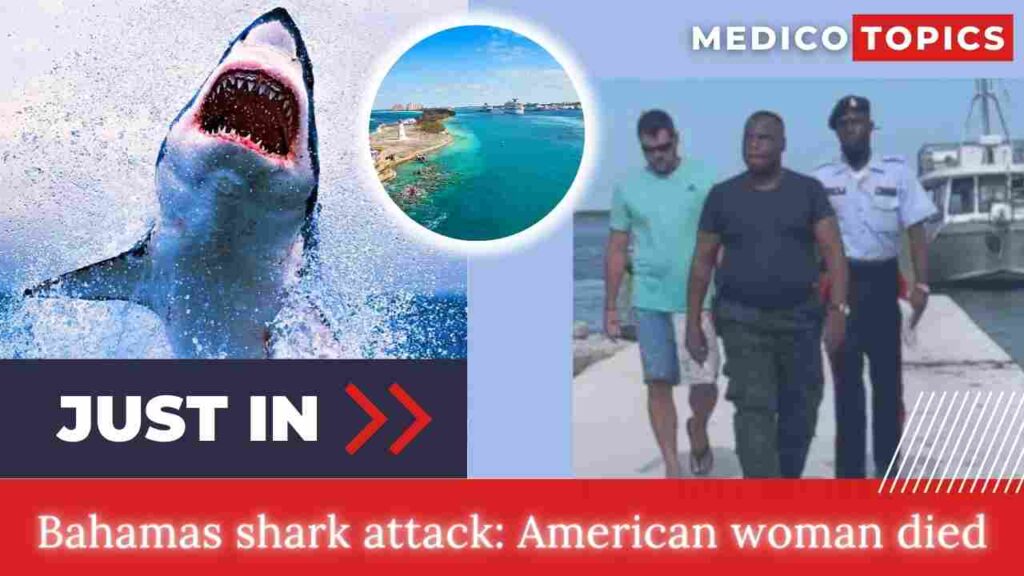 A bull shark attacked a 58-year-old unknown woman who was part of a family of five from the Lake Erie region of Pennsylvania as they were snorkeling in the waters off Rose Island soon before 3 p.m. local time, according to the Royal Bahamas Police Force.

Family members and tour guides tried to save the victim, but they were unsuccessful, according to the police. The woman, who had severe left side injuries, was taken by tour boat to neighboring Fort Montagu on the eastern side of New Providence island, where emergency medical personnel declared her dead, according to authorities. 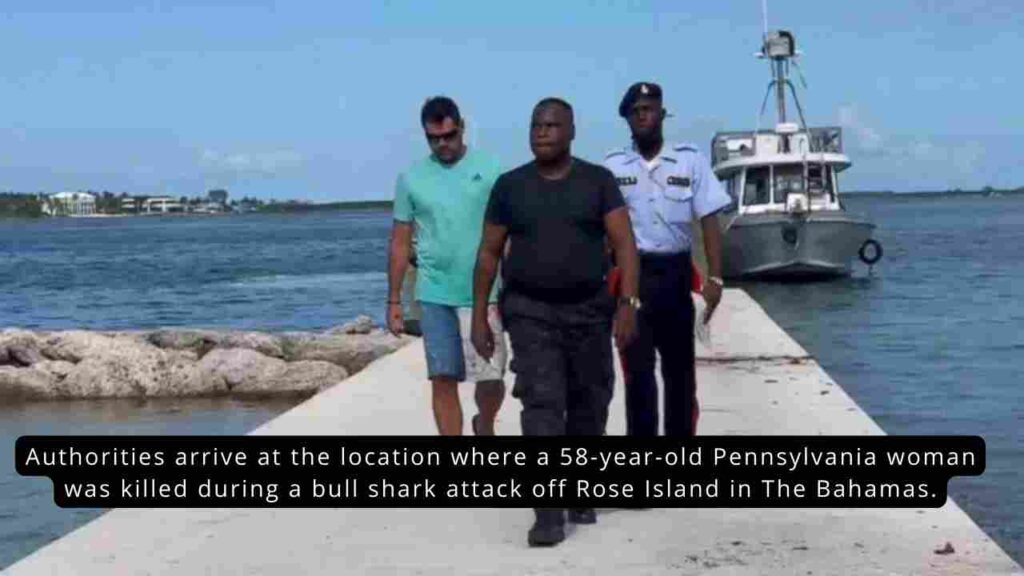 According to police, the woman and her family landed in the Bahamas on Tuesday morning via the Harmony of the Seas, a cruise ship owned by Royal Caribbean. The woman was a passenger on the seven-night trip, which set sail on Sunday from Port Canaveral, Florida, according to a statement from Royal Caribbean. She was attacked by a shark while on an “individual shore excursion” in Nassau, and the Miami-based cruise line says she passed away from her wounds at a nearby hospital.

Royal Caribbean said in a statement on Tuesday that it was helping the guest’s loved ones through this trying time by offering support and assistance. In June 2019, a shark attack off Rose Island claimed the life of an American visitor who was snorkeling.
Jordan Lindsey, a student at Loyola-Marymount University, was the victim; she was attacked by a school of sharks and drowned.

How did the American woman die?

The woman’s family members saw the attack happen with a tour operator. They pulled her from the water and rushed her to the hospital where she was treated for injuries to her upper body, but she eventually died from her injuries, Skippings said at a news conference. Other swimmers were immediately prohibited from the snorkeling area. Skippings said it was an “unfortunate situation.”

The woman had been a passenger on the Harmony of the Seas cruise ship. It left Florida on September 4 and had been on a seven-night trip. “Royal Caribbean is providing support and assistance to the guest’s loved ones during this difficult time,” the Royal Caribbean cruise line said in a statement.

Attacks by sharks are still extremely rare. In the Bahamas since 1580, only 33 unprovoked attacks have been documented, according to the shark attack file maintained by the Florida Museum. The most recent assault happened in 2018.

In 2021, there were 73 unprovoked attacks worldwide according to the shark attack file. Only nine of these resulted in death.

An 8-year-old British child was attacked by three sharks at once in the Bahamas in August while swimming. Finley Downer, the kid, had been swimming with nurse sharks as they were fed by a tour guide. He was attacked, and the wounds on his legs were deep.

Along with the great white shark and the tiger shark, bull sharks are one of the “big three” shark species that are most frequently involved in attacks. These species can inflict serious harm and are huge. Their teeth are likewise made to tear a victim to pieces.

Bull sharks may have a reputation for aggression, but researchers think they only approach people out of curiosity. When they feel endangered in some way, attacks may happen. If they mistake the person for their usual prey, they may strike without warning.

Splashing and paddling may make this disorientation worse. Additionally, sharks may confuse humans for rivals, especially when fish and other kinds of prey are present. Also, a shark may bite as a means of self-defense in specific cases.

In the Bahamas, how many shark attacks occur annually?

The confirmed global total for 2018 was less than the five-year average annual incidence from 2013 to 2017. This year, five attacks resulted in fatalities, and four of them were unprovoked. These figures are in line with the six fatalities per year average for the entire world. Each year, the Bahamas’ Cat Island hosts the biggest assemblage of oceanic whitetip sharks in the world. This vulnerable species has seen its global populations demolished over the years as a result of unsustainable fishing, but they still succeed in the protected waters of the Bahamas.

Who is Jack Sepple? Why did he kill Ashley Wadsworth? Revealed

Why did Raven Jackson commit suicide? 600 Breezy GF Cause of death