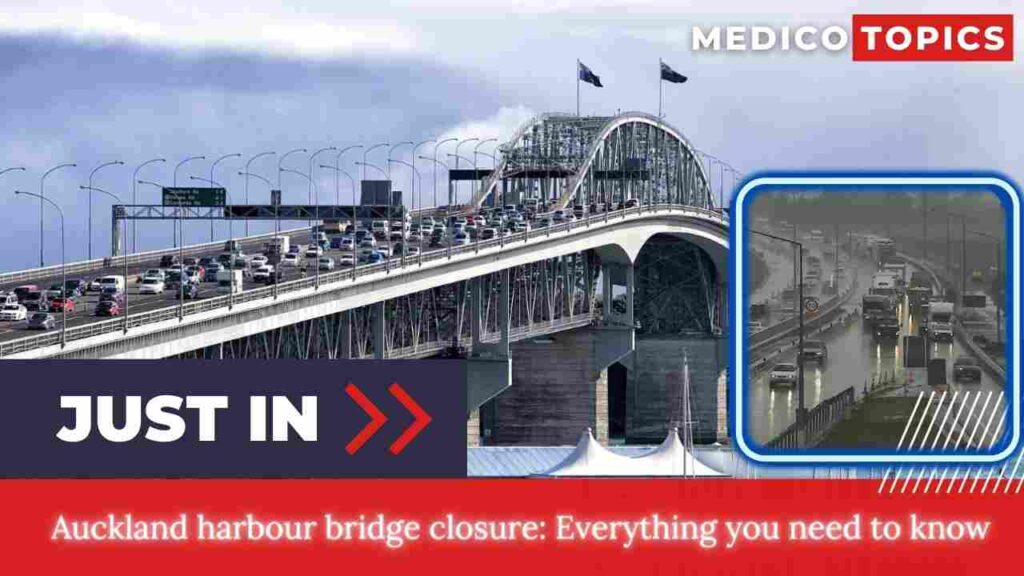 Auckland Harbour Bridge: Lanes are temporarily closed and the speed limit is restricted due to powerful winds. Let’s see about the Auckland harbour bridge closure in detail

Due to strong wind gusts, speed limits are in place on Auckland’s Harbour Bridge, but the previously restricted lanes have been reopened. Lanes one and three were momentarily restricted by the Waka Kotahi NZ Transport Agency. Lanes were reopened at 3:20 p.m. once the winds had subsided.

Two southbound lanes have been closed on Auckland Harbour Bridge owing to wind gusts up to 90kph.

If the wind gusts above 90kph, the Waka Kotahi New Zealand Transport Agency warned that a complete temporary shutdown would be necessary. Heading south over the bridge, lanes one and three are closed.

Additionally, drivers should be prepared for a slower speed limit and exercise additional caution when crossing the bridge. It is advised that high-sided vehicles and motorcycle riders avoid the bridge by taking SH18/SH16.

Waka Kotahi advised drivers that if strong gusts pick up, a complete closure might be necessary.

UPDATE 2:55PM
Lanes 1 and 3 (of 4) have now been taken out on the Harbour Bridge. Please take extra care and be prepared for a possible temporary full closure if winds gust over 90km/h. High-sided vehicles and motorcyclists use SH18/SH16 (Western Ring Route). ^LB https://t.co/srTKMORVyn pic.twitter.com/fL9Bs3XFY6

“Due to severe winds, lane reductions are now in place. Temporary full closure may be required if winds gust over 90km/h,” Waka Kotahi NZTA tweeted. “Take extra care. High-sided vehicles and motorcyclists should consider delaying their journey or detour via SH18/SH16 (Western Ring Route).”Meanwhile, a breakdown is blocking the left lane on the Southern Motorway near the Papakura northbound off-ramp.

UPDATE 2:25PM
Due to severe winds, lane reductions are now in place. A temporary full closure may be required if winds gust over 90km/h. Take extra care. High-sided vehicles and motorcyclists should consider delaying their journey or detour via SH18/SH16 (Western Ring Route). ^LB https://t.co/srTKMORVyn

In Auckland, New Zealand, there is an eight-lane highway bridge that crosses Waitemata Harbour. It is known as the Auckland Harbour Bridge. It connects Northcote on the North Shore side with St Marys Bay on the side facing Auckland City. It is a piece of both the Auckland Northern Motorway and State Highway 1. The NZ Transport Agency is in charge of running the bridge (NZTA).
It is the longest road bridge on the North Island and the second-longest in the entire country of New Zealand.