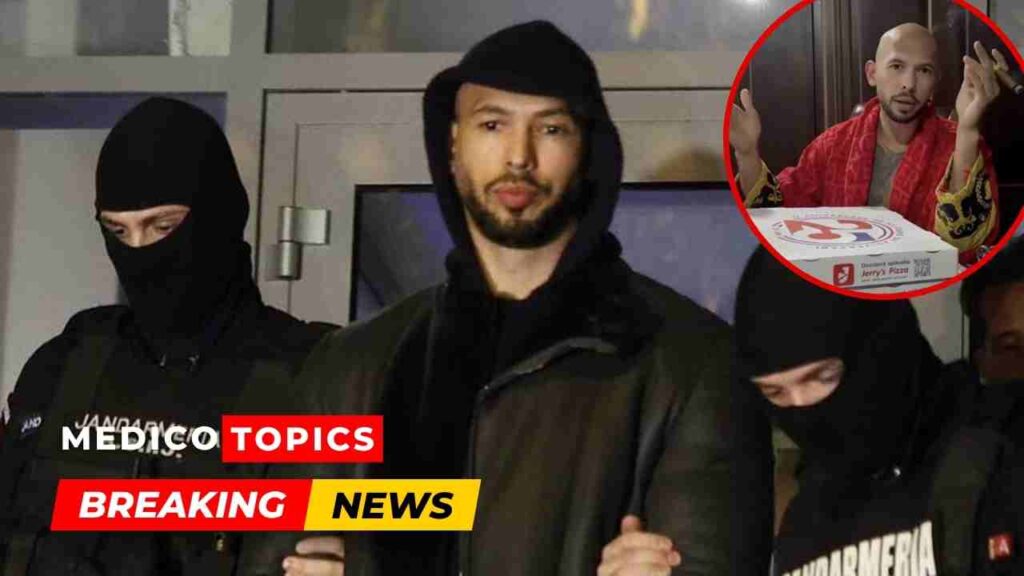 Tristan and Andrew Tate were recently detained as part of a human trafficking investigation. Some videos are circulating online showing that Tate is being released. Let’s see what happened in detail.

Andrew Tate is a victim of Swatting:

Andrew Tate was arrested, along with his brother after the former kickboxer’s home in Bucharest, the country’s capital, was raided. Several videos of the two being released have since surfaced on the internet during their imprisonment.

Prosecutors in Romania declared on December 29 that Tristan and Andrew Tate will be detained for at least 24 hours on charges of rape, human trafficking, and attempted formation of a criminal group.

UPDATE- Andrew Tate released without charges after swatting incident. Handled it with class and dignity.

In other news, liberals and one semi-retarded tree hugger are suddenly suffering from mass depression. pic.twitter.com/5rzPOHOQ6i

According to the accusers, the suspect appear to have established an organized crime organization to enlist, housing, and abuse women by compelling them to produce pornographic content intended to be viewed on niche websites for a fee.

Has Andrew Tate been released?

Investigations into the brothers reportedly started in April of this year, following suspicions that the pair were imprisoning two women against their will.

On social media, there are some viral videos circulating that shows of Andrew Tate being freed from custody. Earlier in August, Andrew Tate was interviewed by Tucker Carlson Tonight.

The former boxer can be seen being asked whether he was detained for human trafficking in a video that has since gone viral, to which he replies:

“Yeah, I was not arrested. So what happened is I suffered from a case of Swatting, very popular with people who are large on the internet, many large YouTubers have been swatted.

It is where you call the police and say somebody has a gun or there is a hostage situation and the SWAT team arrives.”

“Somebody made a phone call to the American embassy saying that I was holding women at my house… they turned out, they investigated, they realized nobody was in the house against their will, there was no crime committed.”

A journalist can be seen claiming that Tristan and Tate had been released from prison in another video that has gone viral on Twitter.

They also displayed a video of the brothers leaving a police station. The video, though, appears to be of the pair’s earlier encounter with detectives, during which they were “swatted.”

The videos that were gone viral on social media was identified as old videos. And it was stated that neither of these videos had anything to do with the Tate brothers’ recent arrest.

ANDREW TATE and his Brother have been Released.
NO CHARGES.#TopG with the W.

The brothers themselves have not announced any sort of release, nor have the Romanian authorities. In light of his most recent arrest, old videos of Tate discussing a previous encounter with the police have simply gone viral.

“They’re either gonna try to put me in jail or they’re gonna kill me.”
pic.twitter.com/JSRxdQOMX4

How did Keenan Cahill die? YouTube star cause of death revealed