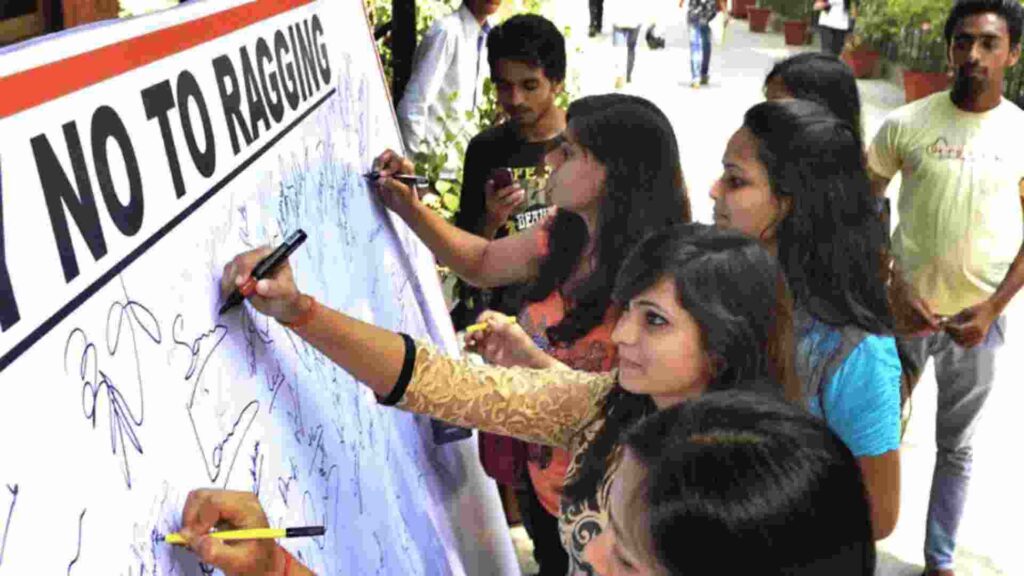 Authorities stated on Sunday that a second-year MBBS student at a state-run medical institution in the city was ragged by four seniors and attempted suicide.

The college management has suspended four third-year MBBS students from attending classes after they were reportedly involved in the ragging event. Aside from that, two hostel wardens have been dismissed of their duties after the college discovered neglect of duty on their part, as well as the warden’s failure to safeguard the student from being ragged.

Parents and students, on the other hand, have voiced dissatisfaction with the accused’s suspension after he viciously ragged a second-year student, according to IANS.

According to a recent media article by The Hindu, his classmates were checking up on him after being alerted by his WhatsApp status. The second-year medico, who is from Namakkal, was brought to the hospital with injuries, according to the newspaper. His seniors allegedly stripped him naked and beat him up. After being released a week later, he attempted suicide in his room on Sunday.

Medical officials told PTI that the victim, a young guy who is now despondent, is being treated for damage to his hand (around his wrist).

The Dharmapuri Government Medical College (DGMC) formed a panel after receiving a complaint, and an investigation determined that the allegations of ragging, including verbal abuse, were factual.

The committee’s conclusions resulted in the suspension of four students, all of whom were in their third year of college, as well as their permanent expulsion from the hostel.

Following that, four of them were charged with ragging under the terms of the anti-ragging act.

“These four students are on the run,” a police official stated, adding that an FIR had been lodged against them after the college dean filed a written complaint. According to reports, the victim attempted suicide last week and had been ragged several times before that. —PTI