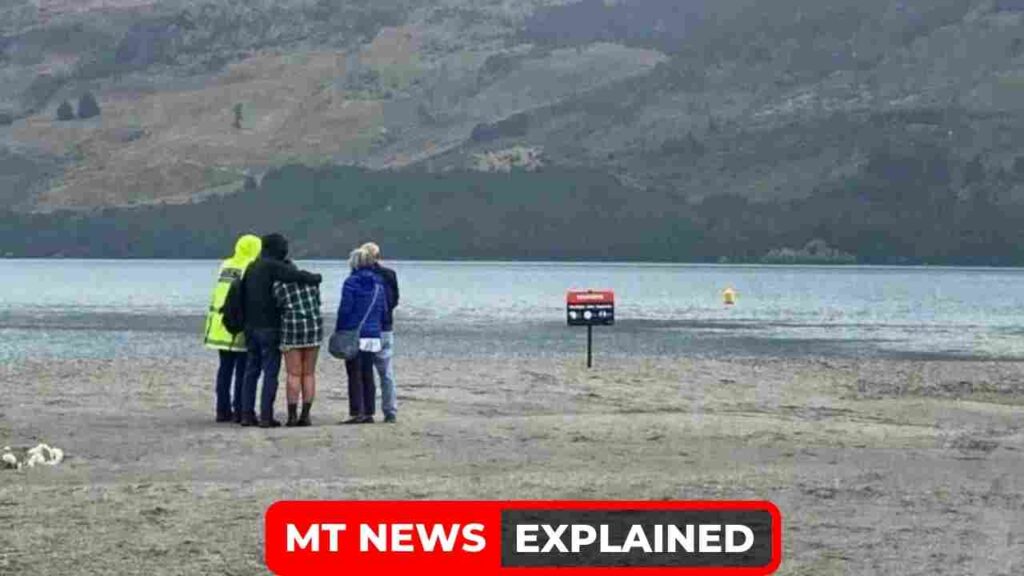 Jonathan Jordan Young, an Australian, has been identified as the victim of a water-related incident at Lake Wakatipu in Otago following the passing of another man there less than a week earlier. Let’s see about it in detail.

Who was Jonathan Jordan Young?

Jonathan Jordan Young, a 35-year-old citizen of NSW, was an Australian who died while attempting to save a child in a lake on New Zealand’s South Island.

According to Inspector Paula Enoka, the Otago Lakes central district commander, the man’s parents and brother had come in from Australia to support the fiancée.

According to a police spokeswoman, at about 4 p.m. on Thursday, officers and the ambulance crew received a call that someone was in distress in the water at the head of the lake, close to a reserve. Volunteers from LandSAR, boaters, a helicopter, and other swimmers all helped in the search effort.

Divers were requested, and they worked out of a Dart River Adventures jet boat. Before the Queenstown Lakes District Council’s morning installation of three new signs, flowers had been placed along the lakefront. The warning signs alert drivers to a variety of lake dangers, such as a sharp drop-off near the beach, a strong undertow, and shaky ground.

Police divers, members of the public, and a helicopter searched for him, and his parents, brother, and fiancée watched while they did so. 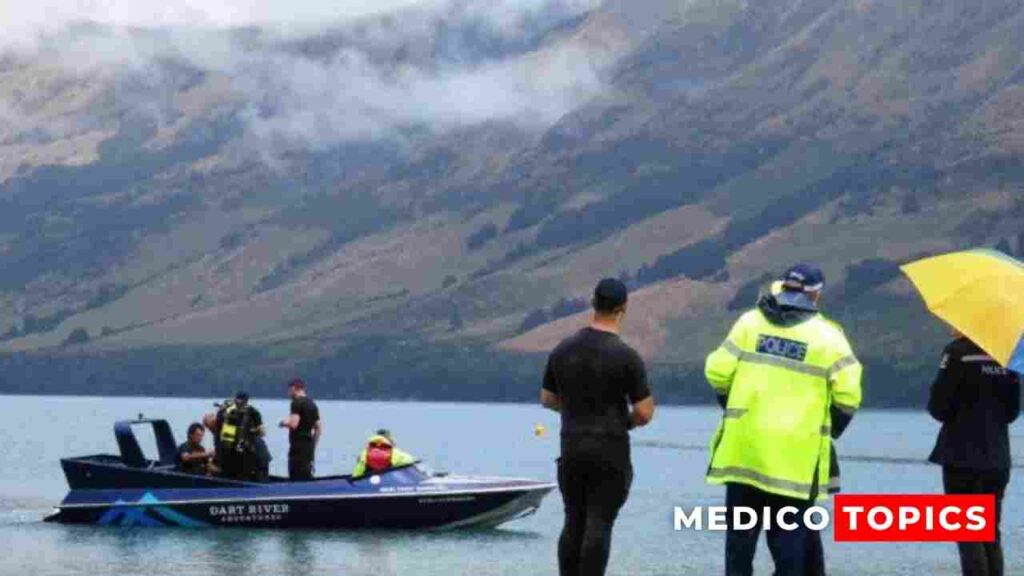 The body of Jonathan Jordan Young was discovered by the police diving team in New Zealand on Friday.  (DEBBIE JAMIESON/STUFF)

However, it took 24 hours before divers discovered his body. Young, who was visiting New Zealand with his fiancée, had barely been there for three days when he passed away. His brother and dad flew to New Zealand when the search was launched, and they were present when his body was found.

According to authorities, Young was helping a child who was in the water when he got into danger himself, a situation that was identical to one that led to a death at the same location.

According to witnesses, what happened yesterday afternoon was a repeat of what happened last Friday. A toddler got into trouble near the mouth of the Rees River, and Jonathan Young was one of three persons who rushed to help. Both the kid and the other two rescuers reached land.

The youngster had been having fun with a family on a substantial sandbank near the river. The three rescuers—a woman and two men—were regarded by the witnesses as “Good Samaritans” who were unrelated to the distressed youngster. One witness described the experience as “sad to watch.”

Since the death last week, a resident of Glenorchy said, the small community has discussed the necessity for an official sign to alert the public, but nothing has been done about it. A severe drop-off with an approximately 45-degree slope and a 21-meter plunge was present close to the wharf.

The area north of the wharf was considered “treacherous” because of the eddies near the mouth of the Rees River, which could drag unaware swimmers out. 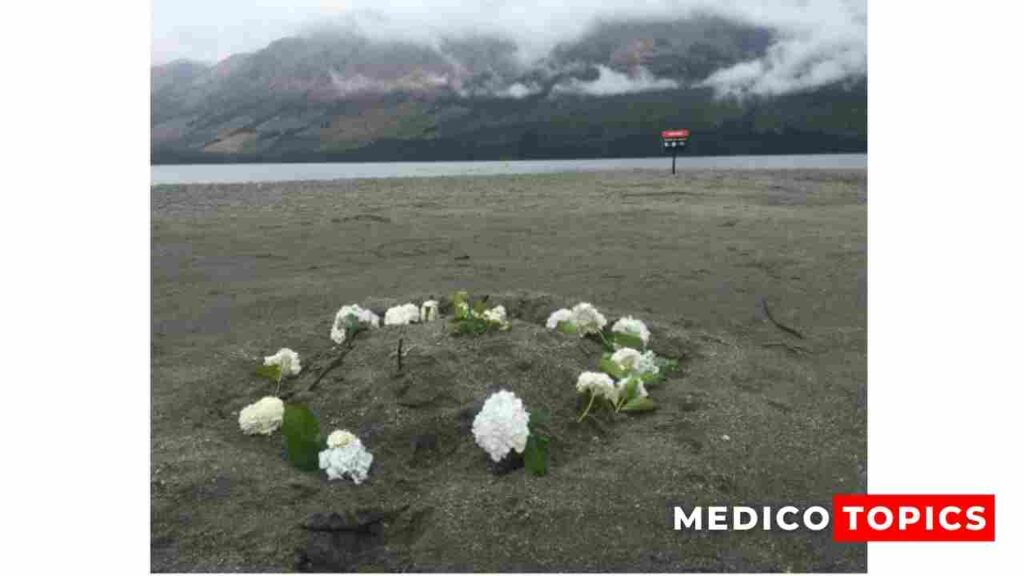 Following the passing last week, flowers were left on the lakeshore. (Tracey Roxburgh)

After that death, the Queenstown Lakes District Council ordered new signs alerting people to “multiple lake hazards,” but they weren’t put up until Friday, a day after Young went lost in the water.

Niki Gladding, a councillor for the Queenstown Lakes District and a native of Glenorchy, reported that angry and upset locals were still patrolling the well-liked beach to alert visitors to any potential dangers.

“We’ve noticed that people come down here, they’re not understanding the level of danger and risk,”

“The undertow is at a point that’s completely calm. It looks so benign.” 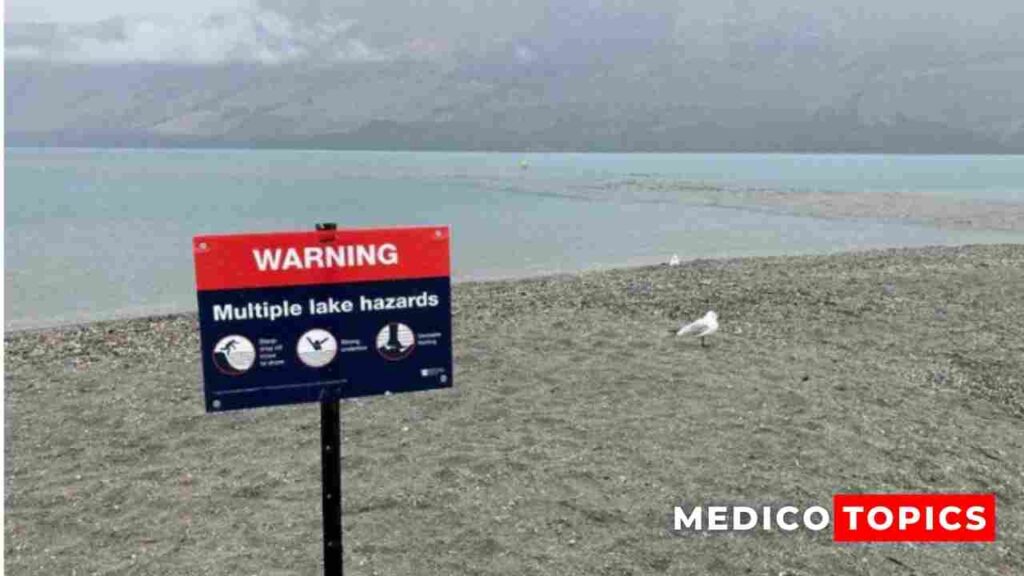 After Linkin Kisling drowned in Glenorchy’s Lake Wakatipu, the Queenstown Lakes District Council decided that new warning signs were necessary. Sadly, they were finished and put in place on Friday, one day after another swimmer perished at the same location. (Stuff : Debbie Jamieson)

Gladding claimed that the new signs were insufficiently effective and that until new ones were put up, locals would continue to patrol the area.

“The general idea is to keep everyone out of the water at the moment,”

“We just can’t take another death.”

Locals in Glenorchy took matters into their own hands before the council’s new signs were put up to warn visitors about the dangerous swimming site and constructed a handmade sign with the straightforward message: “No swimming.”

On Friday afternoon, there was a public gathering when locals questioned whether more might have been done to stop the second death.

John Glover, the chairman of the Glenorchy Community Association, claimed that the neighborhood was “to some extent beating themselves up.”

The drowning is the most recent in a season of horror for New Zealand, which saw 91 drowning deaths there, the most since 2011. 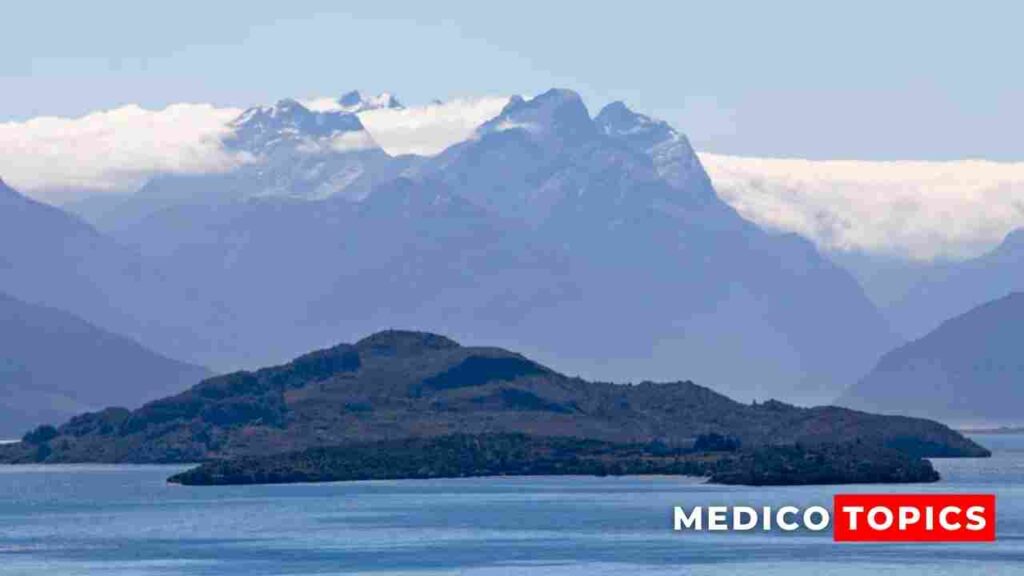 The third similar tragedy at unpatrolled beaches this month occurred in Australia last week when a father died while attempting to save his daughter from the waves on the NSW North Coast.

Over the Christmas and New Year holiday season in NSW, lifeguards saved more than 1200 beachgoers in just seven days, prompting Surf Life Saving NSW to urge swimmers to stay between the flags.

Who was Huu Can Tran? Dangerous suspect commited suicide after shot and killed 10 people at monetary park