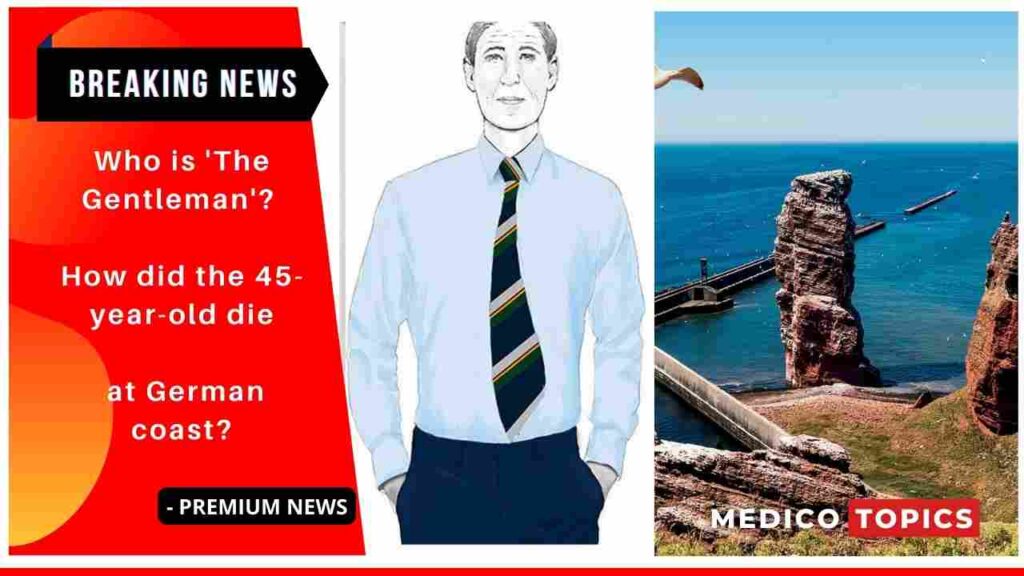 Scientists found the man dead off the German coast, who spent much of his life in Australia. Let’s see about the Mystery person “The Gentleman” and How did the 45-year-old die on the German coast in detail

The remains of an unidentified man were discovered floating in the North Sea in Germany decades ago. Using the proverb “you are what you eat,” Perth experts have solved the riddle and determined that the man may have been an Australian.

A 6ft 5in murder suspect known only as “The Gentleman” who was discovered 28 years ago off the German coast has been put up for identification by British experts.

The body of the guy, who was later called “The Gentleman” by detectives in 1994. When it was discovered by police off the shore of the German archipelago of Helgoland, was weighed down with cast iron cobbler’s feet.

On July 11, 1994, he was found floating in the water off Heligoland, a tiny archipelago off the coast of Germany. The individual had suffered head and upper body traumas had passed away up to seven months ago and had been burdened by the person or people who are believed to have killed him.

How did he get the name The Gentleman?

He gained the nickname “The Gentleman” due to his smart clothing; a wool tie, British-made shoes, French-made trousers, and a long-sleeve blue dress shirt. The mystery man was British and, aged between 45 and 50. Moreover, he was wearing specific size 11 handcrafted luxury English shoes and a woolen tie.

Woollen tie that he weared

What do Forensic reports reveal?

To locate him, forensic psychologists from Plymouth Marjon University, the University of Staffordshire, and Goldsmiths, University of London have been called in.

“We believe that the man is likely to have gone missing somewhere between the end of 1993 and the first six months of 1994, so we’re asking the public to remember back to that time,” said Fiona Gabbert, professor of psychology and director of the Forensic Psychology Unit at Goldsmiths.

“Based on research we conducted, we’re asking you to read through a list of news and events that occurred in 1993 and 1994 to assist you to remember more information from that period.

Think about where you were and who you knew at this time for a while. Do you believe you may be related to the man we are trying to identify?

The Gentleman’s appearence according to investigators

The man was thin and weighed between 11 and 12 stones. His eye color, hair length, and hair color are all a mystery.

He may have been British or had connections to Britain because he came from an English-speaking region. His leather loafers were crafted by upscale shoemakers Church & Co. in black or navy.

They had new heels made by Dinky Heel PLC, Bristol, with the words “I.T.S. Jubilee” and a stylized crown, and they had been resolved with Philipps soles. He was donning a dark blue tie made entirely of wool that included diagonal stripes of grey, brown, orange, and green color.

The label on the tie stated in both English and French that it should only be dry cleaned. He was dressed in French-made navy pants and a long-sleeved, collared shirt in a light blue color. His body might have been carried out to sea from Heligoland or dumped off a ship off that island. Charity Locate International is helping the German government in the UK.

Uncovering the mystery after years

Following the adage “you are what you eat,” researchers discovered by analyzing the isotope ratios of The Gentleman’s bones.

Thus, Analysis revealed that the man lived in Australia for the majority of his life.

Why is the investigation happening now?

Analysis revealed the man likely spent most of his life in Australia. Moreover, Investigators from overseas universities were also able to get a DNA profile of the man.

There is hope it could match DNA being collected as part of Missing Persons Week. Which has rebounded Australians to come ahead for testing to help solve some of the nation’s cold cases.

Brendan Chapman, one of the directors of Murdoch University’s Cold Case Review team, stated: it was an unbelievable discovery.

He said that the police had not previously searched that area. Without information, he continued, “they didn’t know where to focus their investigations, and in fact, they were probably looking largely in Europe because that’s plainly where he vanished.

The German investigators can now concentrate their attention on Australia. Also, engage with Australian law enforcement using their global networks, thanks to this development. The Gentleman’s past has been slowly being pieced together by investigators for years.

The man’s DNA profile was just obtained by researchers from universities abroad. Also, there is a chance that it will match DNA being gathered during Missing Person’s Week when officials have been urging Australians to come forward for testing to assist in cracking some of the country’s unsolved cold cases.

It was an astonishing discovery, according to Brendan Chapman, one of the directors of Murdoch University’s Cold Case Review team. What are the chances that one of the few colleges working on this issue is from the nation where the individual was born? he questioned. Therefore, the Gentleman’s past has been slowly being knitted together by investigators for years.

His fancy shoes and distinctive green, yellow, and blue striped tie may indicate he belonged to a certain organization. Also, the iron tools he was carrying were only recently made public by the authorities.

Jake Paul challenges on KSI: Will the fight happen on Aug 27? Explained