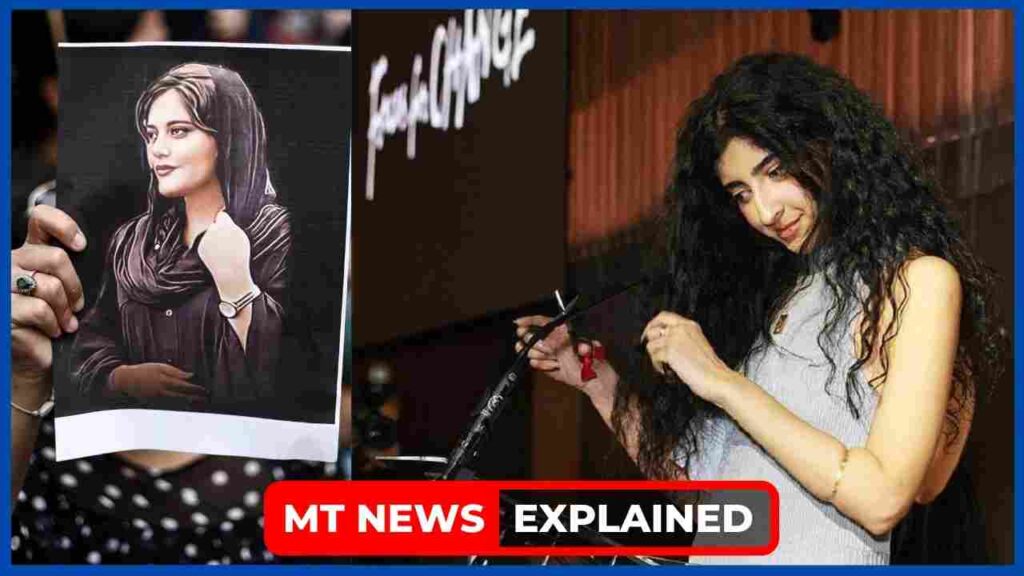 Young activist, 22, chops her hair in opposition to Iran’s morality police before a glam British Vogue event. Let’s see Who is Roxanna Vatandoust and why she cut her hair in detail.

The acclaimed event was presented by Edward Enninful and Vanessa Kingori, and Roxanna Vatandoust, who is of Iranian descent, was seen in a decisive moment brandishing a pair of scissors and cutting her curls while seated at a podium.

The 22-year-old Londoner declared her opposition to the government by joining the thousands of furious protestors who came to the streets after Mahsa Amini’s detention and subsequent death more than two months ago. 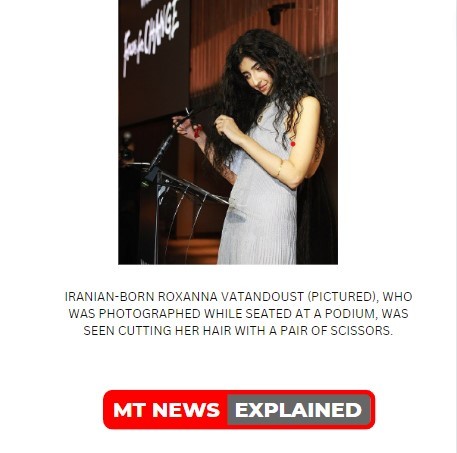 The influencer publishes a variety of resources regarding the situation in Iran on her social media. She also co-founded the jewelry company Telah, which creates gorgeous accessories inspired by her ancestry.

Why did Roxanna Vatandoust cut her hair?

She spoke at the opulent event while clad in a stunning silver halter-neck dress and mint-green heels. The late Mahsa was detained earlier this year for allegedly disobeying the Islamic Republic’s stringent clothing regulations, which state that women must cover their heads in public.

Her passing sparked a wave of protest that turned into demands for the overthrow of the nation’s clerical authorities, and the Iranian regime’s response resulted in hundreds of murders.

According to the ISNA news agency, Iran’s attorney general, Mohammad Jafar Montazeri, stated last week that the “morality police had nothing to do with the judiciary” in a statement that was mainly taken to imply that it had been abolished.

Additionally, he stated that the Iranian parliament was considering repealing the rule requiring wearing a hijab. The morality police are still in place, according to official Iranian media, which noticed stories from outside and claimed that Montazeri’s statements had been misinterpreted. According to some sources, the unit had largely been idle ever since the demonstrations started following Mahsa’s passing.

Regarding the seriousness of the campaign, Roxanna recently told British Vogue, “We have to elevate their voices.” “It is not for me, in the diaspora, to say what change people desire…but I know how privileged I am and feel I have a responsibility to convey what I am being sent… ”

After Iranian women courageously recorded themselves cutting off their hair and burning their hijabs in September in support of Mahsa, a 22-year-old who was slain for wearing “unsuitable garb,” haircutting proliferated among women all over the world.

Shadi Sadr, an advocate for human rights, Mahsa Alimardani, an information specialist, and British-Iranian actress Elika Ashoori were all photographed with Roxanna at the festive occasion, which honored people making a positive difference in the world. Maya Jama, Rita Ora, and Irina Shayk were all present at the glamorous, star-studded dinner.

Iranian moral police are suspended What does that imply?

According to the prosecutor general of Iran, the country’s morality police have been disbanded, at least temporarily. How does that translate, though?

The morality police squad “has no link to the judiciary and was shut down by the same place that it had been launched from in the past,” according to a remark from Mohammad Jafar Montazeri that was published in local media on Saturday.

The announcement was made during the third month of protests that broke out after Mahsa Amini, a 22-year-old woman who was detained by Tehran’s morality police for allegedly breaking Iran’s dress code, passed away while in their care. Mahsa Amini had been detained for allegedly violating the country’s dress code. 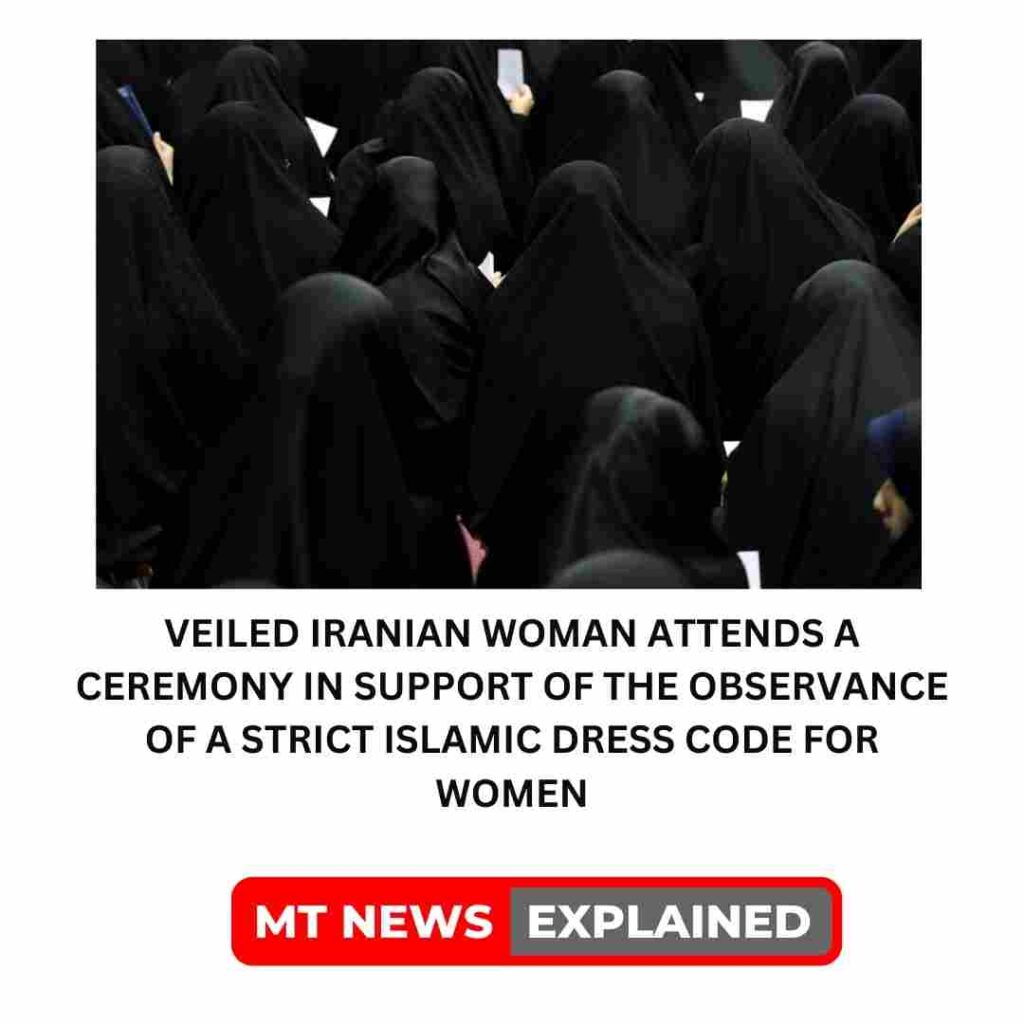 The present morality police squad, known as “Gasht-e Ershad,” or Islamic guidance patrol, was founded more than 15 years ago during the presidency of President Mahmoud Ahmadinejad. Earlier, there had been different kinds of patrols.

Its units, which were typically made up of many men and women, patrolled the streets in white police vans with dark green stripes or parked in areas where young people congregate or pedestrians congregate.

The nation’s dress code, which mandates that women cover their hair and wear loose-fitting clothing, will be enforced by its officials.  They would give women verbal warnings for transgressions or imprison them and transport them to “re-education” facilities.

How did Jamie Freeman die? English Singer and musician’s cause of death explained

How did Sonny Holland die? MSU football legend’s cause of death explained