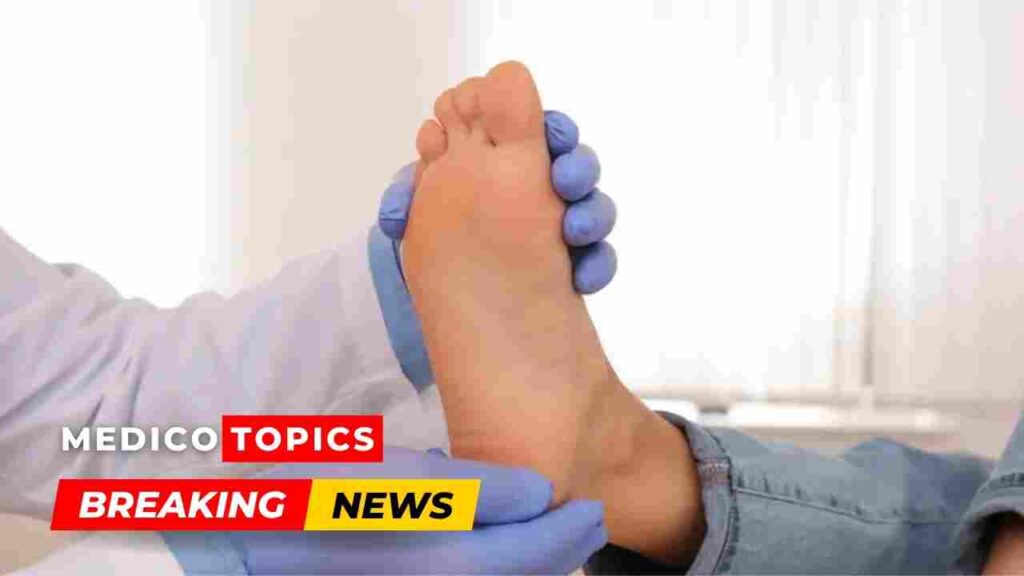 What happened to the victim?

Mary Brown, 38, is charged with one count of mayhem and one count of physically abusing an elderly person. A criminal complaint claims that a medical examiner in Pierce County called law enforcement in June after performing an autopsy on a dead 62-year-old man whose foot was “laying beside him” rather than attached to his body.

According to the complaint, the man was admitted to a nursing facility in March 2022 after he fell in his own house and experienced frostbite on both of his feet, which turned necrotic.

A Wisconsin hospice nurse is accused of amputating one of her dying patients’ right feet so that she might display it at her family’s taxidermy shop.

An unnamed man patient with severe frostbite to both feet was hospitalized at Spring Valley Health and Rehabilitation Center in Spring Valley, Wisconsin, in March 2022. According to reports, by May 2022, the man appeared to be near death.

Who is Mary Brown?

Mary Brown, a 38-year-old hospice nurse from Durand, was assigned to care for the patient. On May 27, Brown is accused of amputating the patient’s right foot without his consent or a doctor’s prescription.

“Brown didn’t have a doctor’s note authorizing an amputation. She claimed that she lacked any authority to take the victim’s foot.

Mary Brown is the nurse who made amputations without any prescription from doctors and she was then arrested for her assault.

The police were informed by Brown and another nurse that they did not believe the victim had any discomfort during the amputation.

But according to a different nurse, when she questioned the patient a few days after the foot had been taken out, he “claimed that when they cut his foot off, he felt everything, and it hurt very bad.”

One nurse told investigators that Brown had said her family operates a taxidermy shop, according to the complaint. Several other nurses also claimed that Brown had mentioned her intention to have the foot taxidermied.

Why did the nurse cut off the man’s foot?

Brown, a nurse employed at the facility, cut the man’s foot on May 27 because she wanted to ease the man’s suffering and give him dignity. According to the complaint, “Brown had no doctor’s instruction to perform an amputation.”

“She claimed that she lacked the necessary authority to take the victim’s foot out. Brown was not authorized by the VICTIM to amputate his foot. The nursing home’s administrators concurred that performing such an operation was outside the purview of Brown’s practice and that a doctor’s prescription was required before any amputations could be performed.”

According to the complaint, Brown remarked that if it had been her in the man’s position, she would have preferred to have the foot removed. But another nurse told that Brown want a man’s foot for her taxidermy shop.

The facility’s administrator, Kevin Larson, also informed law enforcement that Brown had not been given the authorization to remove the foot, but that he believes that if a hospice physician had been consulted, they would have given their approval.

According to the complaint, Larson had initially instructed Brown to stabilize the man’s foot, which was only attached by a tendon, “since Victim was close to passing within hours.” He claimed that Victim lingered longer than anticipated, turning into a few days and that Brown thought it was the proper thing to do.

According to Larson, Brown assumed the amputated meal had fallen off when he subsequently asked him how to deal with it, according to the complaint.

At least two nurses informed police that Brown wanted to use the foot as a prop for a presentation with a message reminding visitors to “wear your boots.” The complaint did not specify when the man passed away.

The maximum term for each of the two crimes Brown is facing is 40 years in jail.