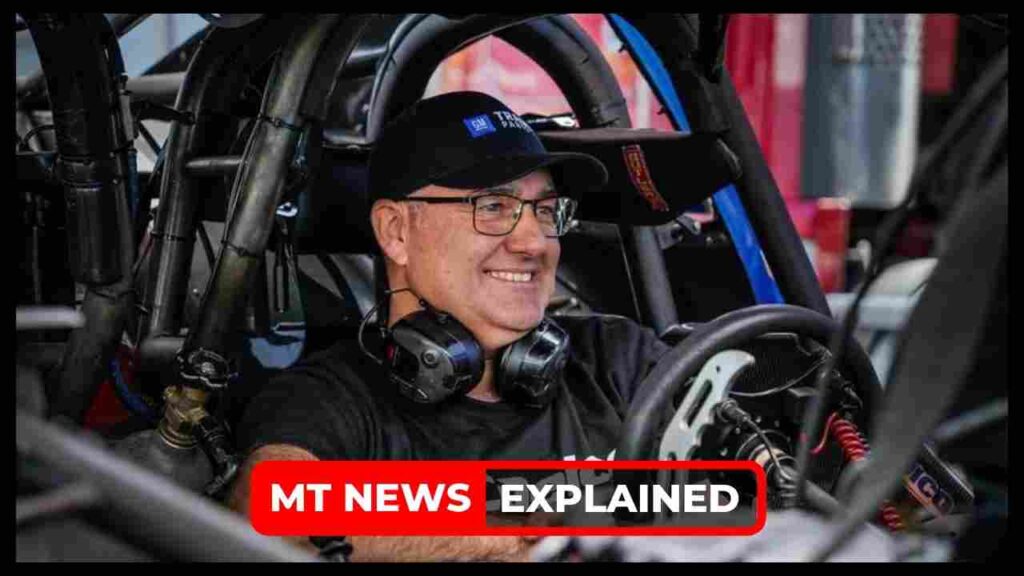 Police are investigating following a fatal crash at a Willowbank racing event this evening (January 7). Following this crash Racer and a cameraman are both in serious condition. Learn more about What happened to Doorslammer Racer Sam Fenech and the Willowbank racing accident in detail.

Multiple emergency services are responding to reports of a serious crash at the Willowbank Raceway. It’s believed the driver and a cameraman are both in serious condition. The High Acuity Response Unit is responding.

Update 7:40 pm | Paramedics treated two patients, one in a critical condition and one in a serious condition. One patient was transported in a serious but stable condition to the PA Hospital.

Update 8:00 pm | Police are investigating following a fatal crash at a Willowbank racing event this evening (January 7). Initial information indicates just before 7 pm, a vehicle left the track and crashed into a camera tower. The driver and sole occupant of that vehicle suffered fatal injuries as a result.

A camera operator was transported to the Princess Alexandra Hospital with non-life-threatening injuries. The Forensic Crash Unit is assisting Workplace Health and Safety with investigations. The public is advised to avoid the area around Champions Way or exercise patience with likely traffic disruption.

Paramedics treated the driver of the car, as the only occupant, but he passed away shortly after. With non-life-threatening wounds, a camera operator was also brought to Princess Alexandra Hospital in Brisbane.

The Queensland Police Service’s Forensic Crash Unit is assisting Workplace Health and Safety as they investigate the event. Police have warned people to stay away from the area along Champions Way and to be patient if there are any potential traffic snarls.

SAM Fenech is the JSS Racing Megatilt Doorslammer’s driver and engine builder, and this vehicle is being tested on a dyno. He also happens to be the owner of Westend Performance, one of Sydney’s premier engine shops with its own engine dyno.

In response to the tragedy at the Queensland venue, Top Fuel Australia has issued a statement.

Sam Fenech was killed in a crash while competing in a Top Doorslammer run, but the cameraman on the tower whose car he hit is being treated for non-life-threatening wounds in a hospital. Willowbank Raceway published the same statement.

It is with great sadness that Top Fuel Racing Australia announces that Sam Fenech, driver of the Fabietti Racing Doorslammer, has succumbed to injuries suffered in a racing accident at Willowbank Raceway and passed away this evening.

We send our love and support to the Fenech family and the whole team at Fabietti Racing. The accident is under investigation by QLD Police and other agencies, and as such there will be no further public comment.

Watch Video: Why was Houston robbery suspect shot to death by customer in Taqueria? Explained

How did the missing Nicholas Snead die? Cause of death Explained