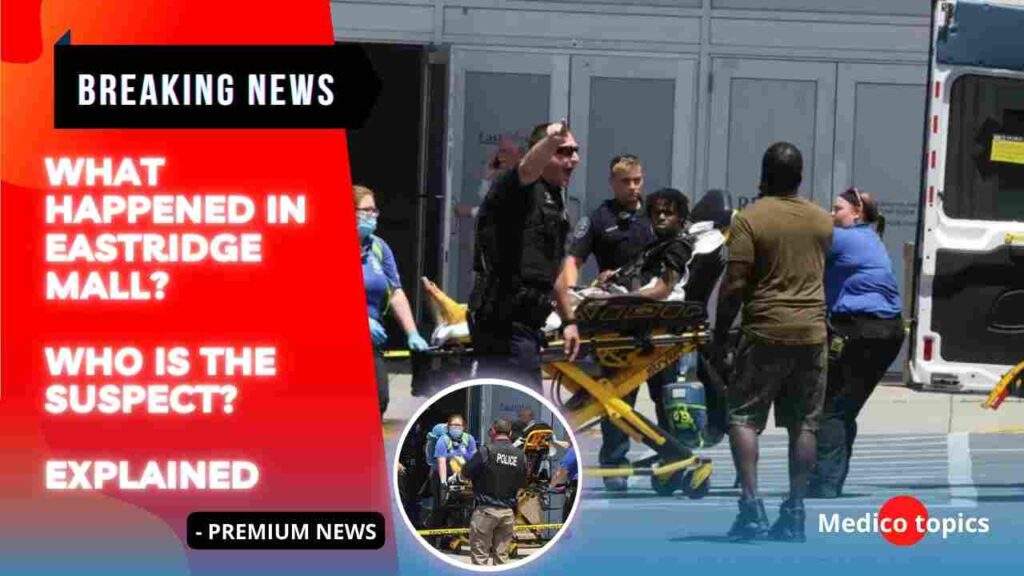 Three individuals were shot Friday afternoon at Eastridge Mall in Gastonia, North Carolina, triggering a major police reaction. Let’s see what happened and who are the suspects in the Eastridge Mall Shooting.

Eastridge Mall Shooting, What We Know

GEMS said that it transported three persons with gunshot wounds to CaroMont Regional Medical Center. The injuries did not appear to be life-threatening.

After the 911 call came in at about 12:10 p.m., Gastonia Police officers with firearms drawn rushed the Eastridge Mall.

Police are interviewing two persons in connection with the shooting, but no arrests had been made as of 3 p.m. Friday, according to police spokesman Rick Goodale.

“We’re trying to determine if they’re suspects or not, so we’re interrogating those two right now,” Goodale explained. “We are aware of at least one shooter. We don’t know if we have more than one.”

According to Goodale, two males and a woman were shot. Those who were shot did not know each other and were in no way linked.

When police arrived, they spotted one man who had been wounded outside the mall and had a gunshot wound in his leg. Officers rushed inside and found a man and a woman who had been shot as well.

According to witnesses, two men left the mall following the gunfire. They were detained, according to Goodale.

According to Goodale, the weapon used appeared to be a handgun. There is no more information about the suspect.

Police have also reported that there is no actual danger at the mall, but have encouraged visitors to avoid it. At approximately 2 p.m., police were still evacuating the mall.

Gastonia resident Gerardo Ugalde stated he was in the DMV when he heard three to four gunshots: “Bang! Bang! Bang!”

“And then there were people rushing around shouting and sobbing,” he explained.

Ugalde witnessed two of the victims of the shooting: a young male with wounds in his arm and leg, and a young lady of the same age with a wound in her leg.

“I was frozen” as others rushed, Ugalde said.

Brett Benfield of Dallas claimed he was in Bath and Body Works when staff decided to close the store. He and other customers waited in the rear for around 20 minutes until “they informed us we needed to evacuate,” he said.

He claimed that at that point, police were surrounding the parking lot. Benfield stated that he originally believed someone had brought a gun to the mall and that others had overreacted. He was surprised to learn that three individuals had been shot.

“It simply blows my mind that this could happen in Gaston County,” Benfield added.

Forty or more cops, including tactical units, arrived at the location.

The incident appears to have taken place outside the DMV office within the mall, near the Food Court.

How did Billy Bingham die? What happened? Cause of Death Reavealed