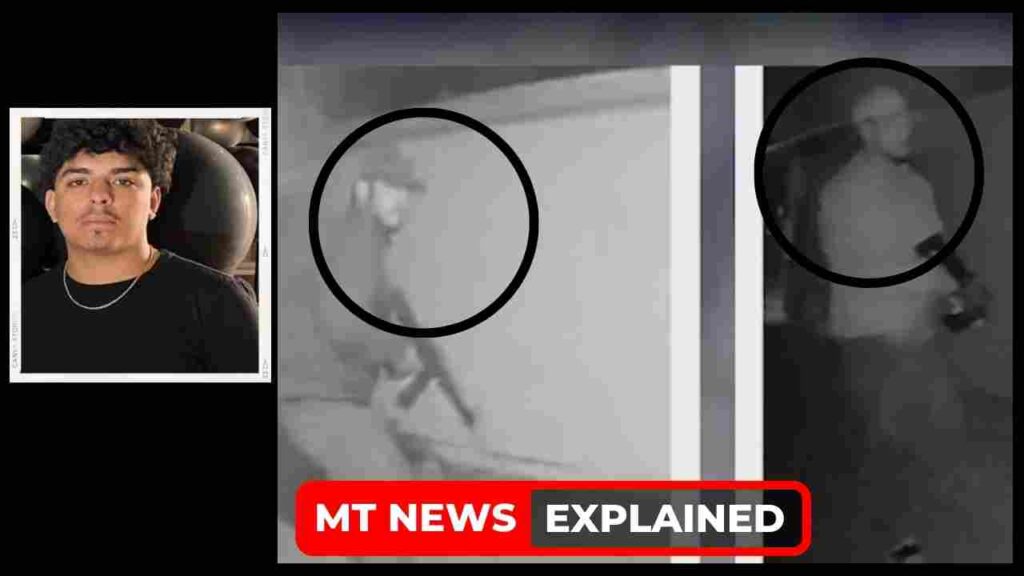 Teen discovered dead following kidnapping by armed suspects during a home invasion in west Phoenix. Let’s see Who was Jesse Sainz Camacho and what happened to him in detail.

Jesse Sainz-Camacho, a 17-year-old resident of Arizona who had previously gained notoriety after being kidnapped from his own house on Monday, December 19, was discovered dead.

According to the Phoenix Police Department, the teenager’s remains were discovered on December 29 in a remote section of Maricopa County.

Jesse Sainz-Camacho, 17, was kidnapped from his house early on Monday morning by at least two armed individuals. According to Silent Witness, Jesse was coerced into a dark car after a man inside the house was shot. The Phoenix Police Department has not yet provided an update. Detectives have been seen knocking on doors to ask neighbors for surveillance footage. 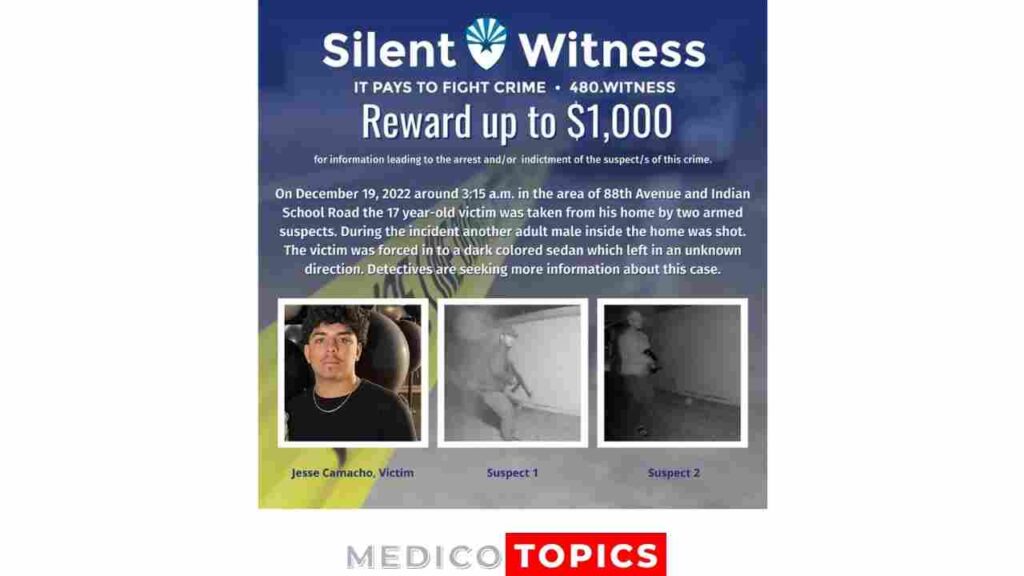 Jesse Sainz Camacho was found dead after being kidnapped

Who was Jesse Sainz Camacho?

After being taken hostage during a home invasion in west Phoenix, police say a youngster is dead. On December 19, the incident took place at a house close to 91st Avenue and Camelback Road. According to Phoenix Police, the suspects took 17-year-old Jesse Sainz Camacho from the house at roughly 3:15 in the morning.

The gunmen shot Camacho’s grandfather while he was sleeping inside the Maryvale residence, but he is expected to recover. Jesse was the intended victim of that home invasion, according to Phoenix Police Sgt. Philip Krynsky.

After the shooting, the suspects drove away from the site with Camacho in a dark-colored sedan. According to investigators, Camacho’s remains were discovered in a rural part of Maricopa County on December 28.

The suspects are still at large. Sgt. Krynsky stated, “We want to make sure we get these people off the street. “Again, we are looking for you, we will identify you, and we will hold you accountable. We don’t want there to be any more violence with this.”

The death of Camacho is still being investigated. The official death cause has not been made public.

Neighbors respond to this Incident

Police canvassed neighborhoods after Camacho was abducted to piece together what happened. Phoenix Police Sergeant Phil Krynsky stated, “We want to put it on everyone’s radar to please keep an eye out for these folks, as well as for Jesse.”

An area resident who requested anonymity for his security claimed to have witnessed everything from his bedroom window. The guy said, “I was awake around two, talking to my buddies on the phone. Afterward, I hear gunfire. We don’t advise you to approach these people, Sgt. Krynsky stated. Just provide us with any information you have so that police can pursue those leads to return Jesse home safely and punish those guilty for their actions accountable.

The neighbors wanted Jesse to arrive home safely. I went to school with him last year, so it’s crazy, the neighbor who wished to remain unnamed remarked. “The fact that it was one of my neighbors and that it was in my area was bizarre. That sort of thing never would have occurred to me out here.”

Anyone with knowledge is urged to contact Silent Witness at 480-WITNESS and leave a confidential report. Spanish-speaking callers can contact Testigo Silencioso at 480-TESTIGO to send an anonymous tip. If you know anything about this case, call the Testigo Silencioso hotline (480-TESTIGO, 480-837-8446).

How did Wiseman David die? Shepherd Bushiri’s Pastor Cause of death Explained