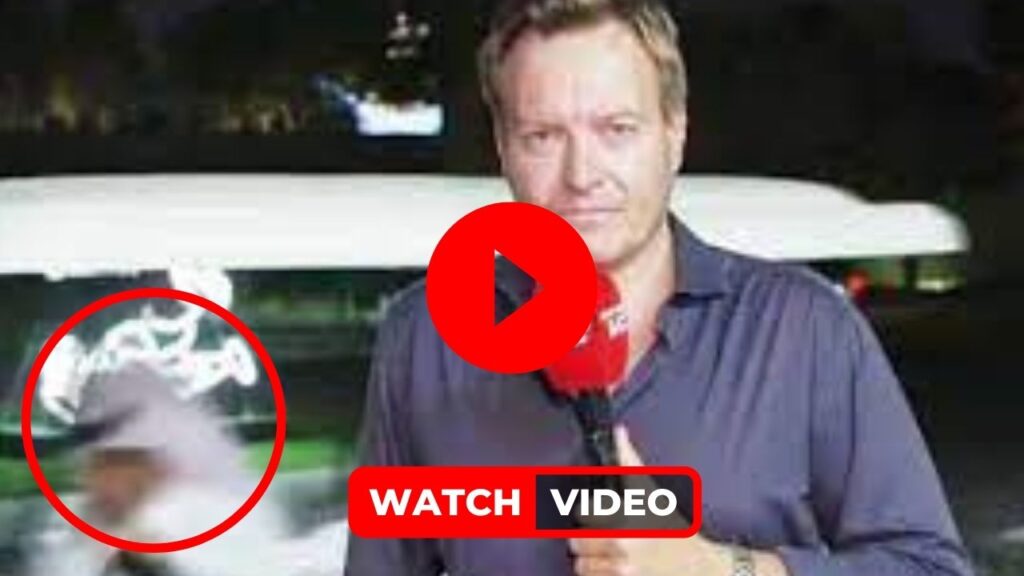 Security personnel in Qatar halted a Danish TV crew’s live broadcast and threatened to damage  their camera. Let’s see why Rasmus Tantholdt, Danish reporter was stopped in Qatar and what happened after they stopped the Danish TV’s live in detail.

What was Danish TV’s Live about?

As a Danish reporter attempted to cover the build-up to the football World Cup that begins in the Middle Eastern nation of Qatar, he was challenged by Qatari government representatives.

What happened during live broadcast?

While participating in a live broadcast, TV2 reporter Rasmus Tantholdt was contacted by security personnel who had pulled up in a golf cart adjacent to the recently opened Chedi Hotel at Katara Cultural Village.

A group of men in a golf cart drove up to Danish reporter Rasmus Tantholdt as he was reporting live on TV2 and openly objected to his shooting. One of the men waved to the camera while the other tried to hide it, which rapidly turned into a heated argument. 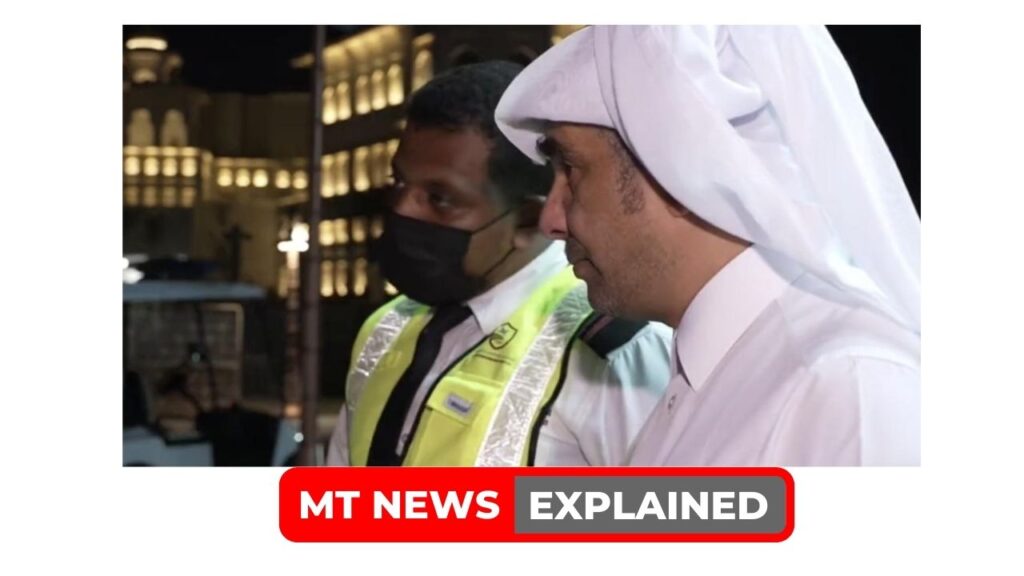 A screengrab of the interaction on live TV

“Mister, you invited the whole world to come here. Why can’t we film? It’s a public place,” Rasmus Tantholdt uttered the phrase in English while a government employee covered the camera and prevented the network from filming.

When a security guard joined the scene, Rasmus Tantholdt presented him with his credentials. Tantholdt said, “This is the accreditation, we can film anyplace we want.

The man in the background then made a threat to smashing the camera.

“You can break the camera”

The discussion got increasingly heated as it went on. Rasmus Tantholdt was caught on camera displaying his permits to the men, but they seemed to indicate that he didn’t have the right ones. One of the officers then threatened to harm the camera they were using to record.

Rasmus Tantholdt is seen arguing with the security guards in the video, flashing his credentials before accusing them of saying they want to destroy the camera equipment. The video quickly became popular on social media.

After security threatened to destroy Danish TV equipment live on air, Qatar was forced to issue an apology.

We now got an apology from Qatar International Media Office and from Qatar Supreme Commitee.
This is what happened when we were broadcasting live for @tv2nyhederne from a roundabout today in Doha. But will it happen to other media as well? #FIFAWorldCupQatar2022 pic.twitter.com/NSJj50kLql

The International Media Office and Supreme Committee of Qatar eventually issued an apology to the network, according to Rasmus Tantholdt‘s Twitter account.
“But will it happen to other media as well?”, he wrote.

The Supreme Committee for Delivery and Legacy in Qatar has since expressed regret.

The journalists were “mistakenly interrupted,” they claimed.

“Upon inspection of the crew’s valid tournament accreditation and filming permit, an apology was made to the broadcaster by on-site security before the crew resumed their activity,” a statement said.

Also claiming to have spoken with Mr. Rasmus Tantholdt, the event’s administrators said they “issued an advisory to all entities to respect the filming permits in place for the tournament”.

Qatar’s record on treatment of the LGBTQ community

Denmark has harshly criticized Qatar’s record on human rights and treatment of the LGBTQ population, much like many of the other 32 competing countries have done.

When they compete against other Group D teams, their uniforms will display a toned-down emblem and manufacturer’s insignia in opposition to migrant worker rights.

Rasmus Tantholdt later told Norwegian TV: “I don’t think the message from the top in Qatar has reached all the security guards.

“Therefore, one can argue that there are some who have misunderstood the situation, but at the same time, it tells a lot about what it is like in Qatar.”

“There it is that you can be attacked and threatened when you report as a free media.”

“This is not a free and democratic country.”

The decision to give Qatar hosting rights for the 2022 World Cup was made 12 years ago, it has been dogged by controversy, including claims of corruption and human rights breaches, making it certain that how the host nation treats visitors will be closely watched.

People have been sharing their thoughts about this issue on social media. Some say TV reporters should respect country rules and regulations and act according to it. And some say Qatar should treat the tourists with respect.

“If Qatar is so insecure that their “reputation” will be smeared by a bunch of journalists, why did they invite the whole world to play there?”

“Don´t even try to defend that kind of behaviour. Qatar invited international press and the international press have their accreditation hence they don´t need any other permissions. Fake and hired fans and press threatened because of filming in a public place – great start…”

“As a “professional” journalist you should’ve known better than to go with your crew to film without acquiring permits first. You should show some respect and journalistic integrity by admitting that you didn’t acquire a filming permit.”

“Please take note though that in Qatar, we have privacy laws and you can’t film anyone you want if they request not to be filmed, even if in a public place and especially intentionally.
Regardless, nobody should damage anybody’s equipment.”

Who is Kevin J. Reynolds? The armed and dangerous suspect, near Rainier

How did the four University of Idaho students die? Is it homicide explained