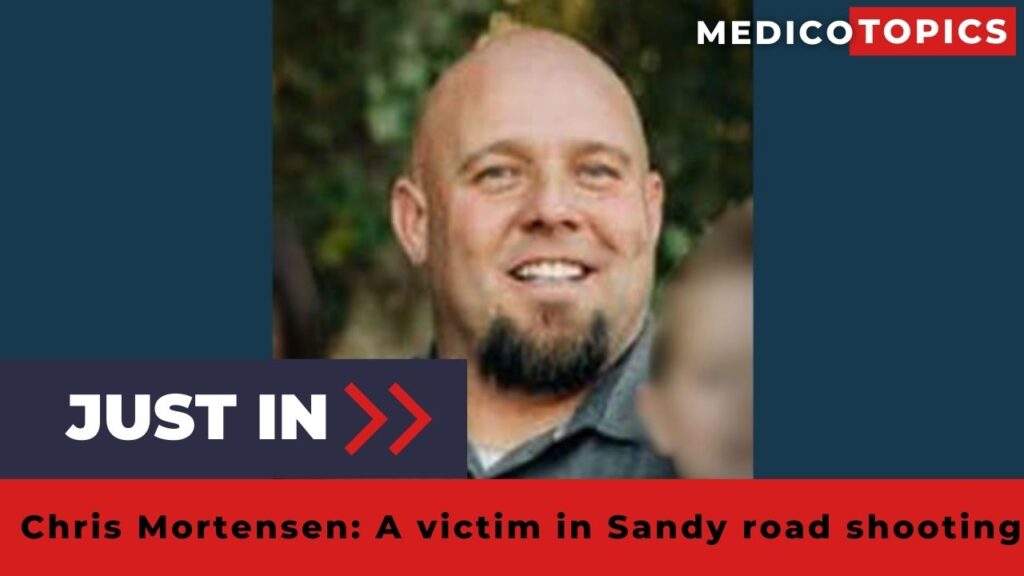 Chris Mortensen, owner of Black Diamond Building & Development and father of four children, has died in a Sandy Road shooting. Rodrigo A. Monroy was taken into custody after a shootout near I-15 in Sandy. Let’s see who Rodrigo A. Monroy is and why did he kill Christopher Mortensen in detail.

Who is Rodrigo A. Monroy?

A road rage incident took place in Sandy on Wednesday, during which a husband and father of four, was shot and murdered by a suspect. The suspect was later identified as a 32-year-old man, named Rodrigo Monroy.

Rodrigo A. Monroy Jr. was arrested and is being held in jail on charges of first-degree criminal murder, Felony discharge of a firearm, and a third-degree felony.

Rodrigo Monroy, 32, allegedly pulled out a gun at that point and shot Mortensen in the chest. Sgt. Greg Moffitt of the Sandy Police Department said, This is the perfect example of the worst-case scenario.

Why did he kill Chris Mortensen?

Chris Mortensen, 42, of Pleasant Grove, was the victim of the fatal fight. According to police, the incident might have started as the result of road driving rage.

The fundraiser from Chris’s side issued a statement that reads, “We are devastated to lose a dedicated husband and father, way too soon, in a way that we will never understand”

According to authorities, Mortensen was driving on I-15 around 9:30 a.m. when he was cut off by Rodrigo A. Monroy, 32, of Riverton. They get into a fight resulting in the murder of Chris. A police document claims that Monroy acknowledged “brake checking” Mortensen after his arrest.

Mortensen was slain in a road rage incident on Interstate 15 on Wednesday, with the violence intensifying when the two vehicles exited the freeway in Sandy. Mortensen left behind a wife and four children.

Chris Mortensen’s sister-in-law, Jessica Roussel said, “He was this huge, big mountain of a man, and you put a puppy on him or one of his kids and he would melt at the sight of his wife and kids. That was the thing that brought him the most joy in life.”

“We know it was a senseless act of violence that took him, and that’s the main thing that the family is going to forever struggle to understand,” said Brandon Merrill, cousin and family attorney.

Roussel stated her brother-in-law’s death will leave a giant hole in their family’s heart, and that he will always be their gentle giant. She said he lived a life of service that will always be remembered.

“He was always looking to help other people, and he was always trying to live his best life because he knew when this life was over, he would be able to see his daughter again, and he wanted to make sure that was something possible for him to do,” Roussel said. Mortensen was the sole provider for his family.

A donation site* has been created for them.

In a probable cause statement submitted by a Sandy City Police Department officer, it is said that two men, Monroy and Chris got into a fight when Monroy’s car cut off the victim’s car on northbound Interstate 15.

According to a Sandy City police report, Chris “recommended” Monroy stop his car. Monroy pursued the victim onto Holiday Park Drive from the 10600 South exits of the I-15. Monroy told police he parked behind the victim’s vehicle. Chris got out of his car and approached the window on the driver’s side where Monroy was still sitting.

The victim allegedly struck Monroy’s vehicle with his hand and inquired as to what he was doing. According to the statement, “Monroy then grabbed a revolver out from under the driver’s seat and aimed it at Chris, asking him to back away.”

A brief fight took place through the car’s open window as Chris tried to grasp the gun. Monroy was able to keep the rifle under control and draw it away from Chris. “Monroy then leaned away from Chris and fired one shot which struck Chris in the chest,” the probable cause statement says.

The victim Chris Mortensen passed away on the spot.

“After receiving a Miranda warning, Monroy admitted to having “brake checked” the victim while driving down the freeway.

When the suspect told the police, “he pulled the gun as the victim scared him. The suspect stated, “he did not know what was going to happen if the victim got his gun. When Monroy was able to pull the gun away from (the victim), that is when he pulled the trigger and shot (the victim). Monroy said that it all happened so fast.”

How did Lucianne Goldberg die? Clinton impeachment key figure cause of death Explained

How did Stan Bingham die? Former North Carolina Senator cause of death Explained