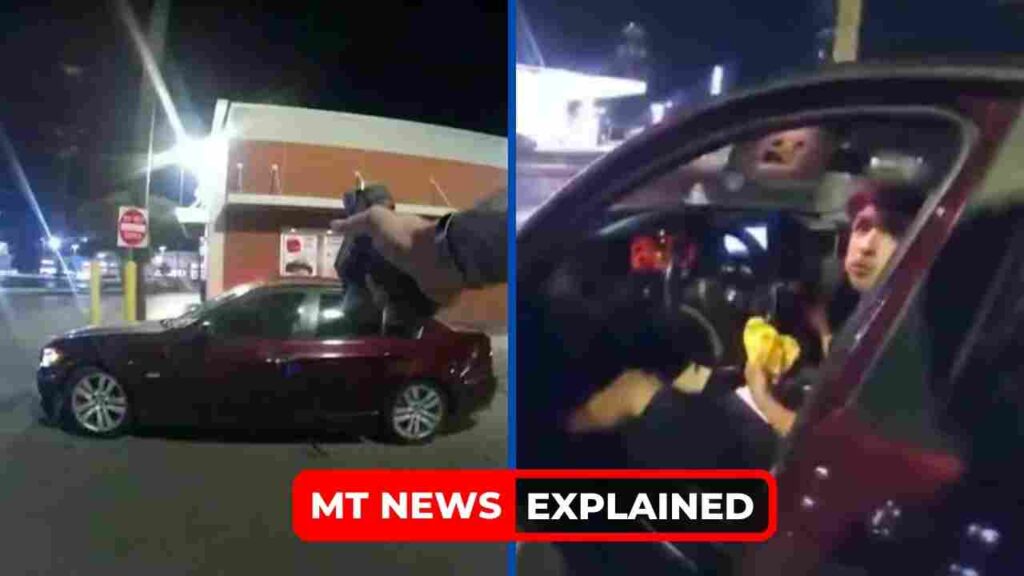 San Antonio officer fired after shooting at a teen sitting in a McDonald’s parking area eating a burger. Let’s see who was James Brennand, what happened to Erik Cantu, and why the San Antonio cop fired Erik in detail.

WHO WAS JAMES BRENNAND?

A police officer who shot a youngster outside a McDonald’s restaurant less than a week ago has been fired by the San Antonio Police Department. Following the shooting on Sunday outside the fast food restaurant in the 11700 block of Blanco Road near West Avenue, Brennand had been placed on administrative duty. Brennand was fired.

According to SAPD, James Brennand was a police officer on suspension who worked for the department for seven months. After leaving the police academy, officers are placed on probation for a year.

An SAPD report states that Brennand responded to a disturbance complaint at 10:45 p.m. and was trying to interview witnesses when he spotted a car that had escaped him earlier in the day. The registered license plate didn’t match the vehicle when he tried a traffic stop earlier. According to the report, the earlier event had nothing to do with the restaurant disturbance call.

WHY DID SAN ANTONIO COP FIRED AT ERIK CANTU?

A San Antonio police officer named James Brennand has been fired, following the shooting of a 17-year-old. Bodycam footage shows the former officer, identified as James Brennand , walk over to a car, “abruptly” open the door, and order the teen out.

The car was put into reverse with the door still open, and Brennand fired 5 shots into the vehicle. The teen driver put the car in forward and he “shot several more times at the fleeing vehicle.” Brennand served on the force for 7 months. Police charged Cantu with evading detention with a vehicle and assault on a peace officer. It’s not clear if he has obtained an attorney who can speak on his behalf. Police have not said if the car was, in fact, stolen.

Brennand suspected the car was stolen and called for cover. But before other officers arrived, Brennand walked up to the car and opened the door, where two teens were inside eating food. The officer can be heard telling Cantu to “get out of the car” in the footage. Multiple gunshots can be heard in the video as the maroon car backs away and the driver’s door closes. More shots are fired as the car flees the parking lot, the video shows.

Cantu appears in the driver’s seat of the car, eating a McDonald’s cheeseburger, in police body camera footage that the department has made public. She said that when the driver turned the car around to face him, “the cop immediately stepped back and opened fire on the vehicle.”

According to the report, Erik Cantu, 17, started driving while the door was still open and put the car in reverse. When the cop was struck by the door, he started shooting.

Brennand continued to shoot into the back of the automobile as Cantu moved to drive ahead and made an attempt to run away.

A block further at Parliament and Blanco, Cantu and a female passenger, age 17, were found outside the car.

Cantu was brought to University Hospital after surviving severe gunshot wounds. According to the report, the officer gave Cantu CPR before emergency medical staff arrived. The female passenger in the Cantu was uninjured. Cantu was suspected of escaping arrest in a car and assaulting a police officer.

According to Campos, Cantu backed up the car while the driver’s door was still open, and the officer was struck by the open door.

Chief William McManus said: “The former Officer’s actions are indefensible and do not align with our training, tactics, and procedures.”

All police shootings are sent to the district attorney’s office for review. Brennand has not been charged with a crime.

Danny Diaz, president of the San Antonio Police Officers’ Association, said:” he will refrain from commenting until an investigation is completed.”

How did Bridget Namiotka die? Figure skater cause of death Explained

How did Rich Armstrong die? Trumpet player cause of death Explained