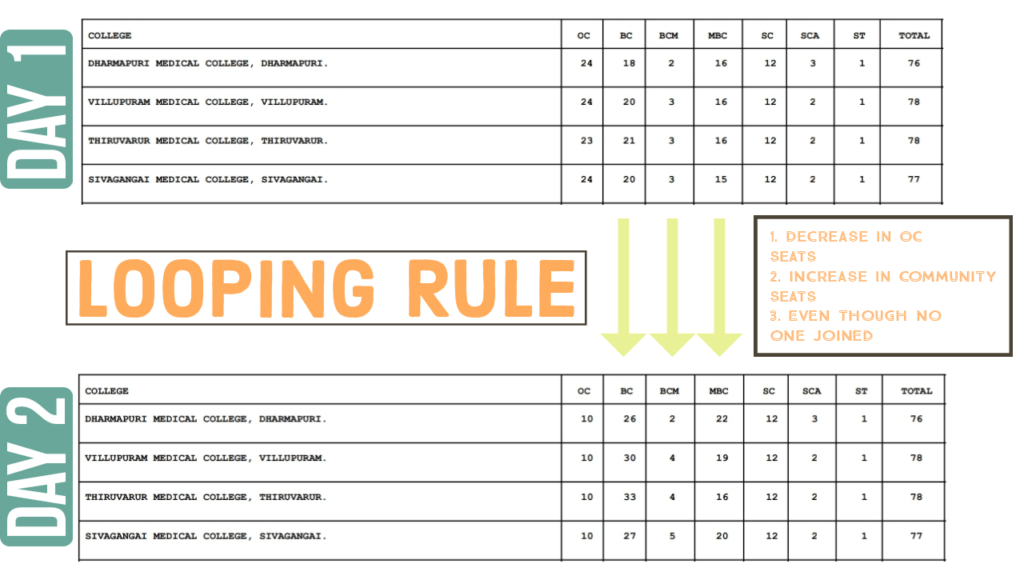 A highly Injustice concept known as Looping rule is used in Tamilnadu Medical counselling that gives way to deduction of seats from OC category (Instead of deduction in community seats) even after reservation students takes seats from their own category seats.

When ever a student secures a community seat from Top college, If there is still some OC seats available at the bottom college

Bottom college’s OC seats can be deducted till 10 OC seats remaining, Then next bottom college will be used in looping

10 OC seats will not be taken until,

1. Before start of counselling

To understand this in better way I choose two top colleges (MMC, SMC) from the medical college rank in Tamilnadu and one bottom most college (Pudukottai). Here I have added the categories and respective seats of each of the three colleges. 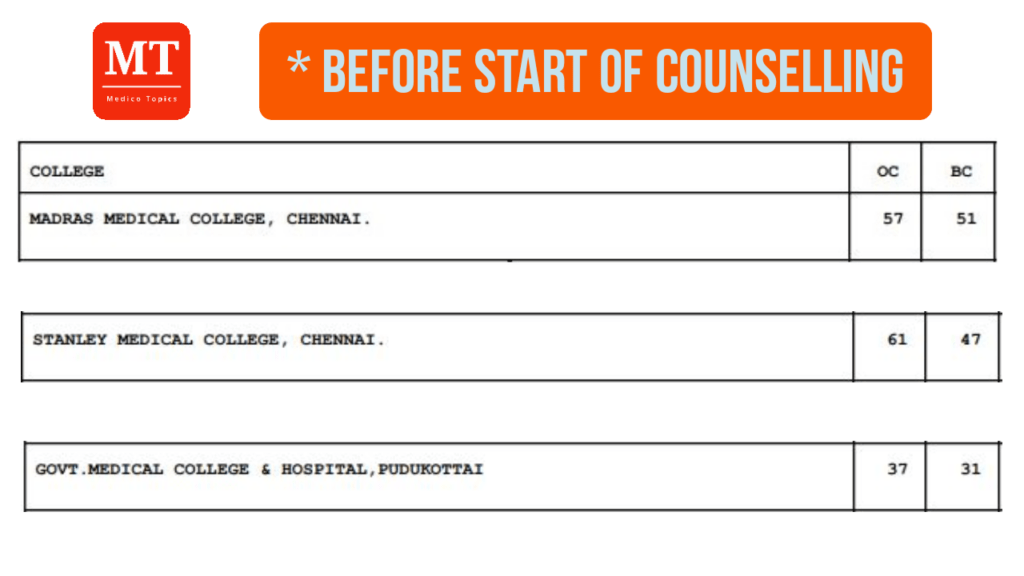 Lets consider state rank 1 attends state counselling instead of getting through AIQ. So as obvious he will choose the best college in Tamilnadu. He choose MMC, so the seat will be deducted from OC irrespective of his category. 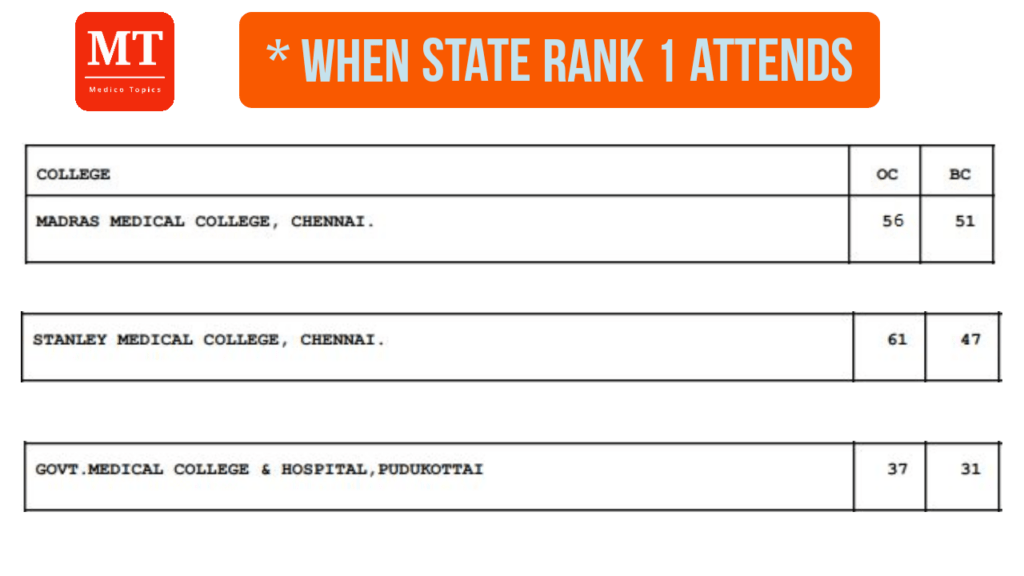 Lets consider every single one between 1 and 57 attends state counselling without loose. So as obvious everyone will take MMC. When the 57th student slected his seat at MMC, Every seats on OC will be taken out. Now MMC has seats on BC not in OC. No OC students beyond 57 can claim the seats. 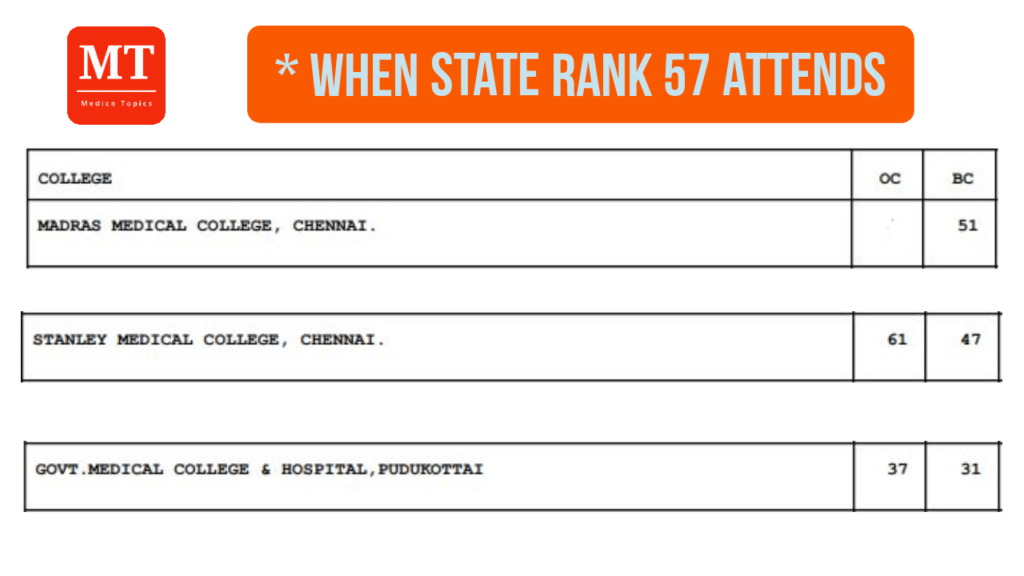 When the state rank 58 attends (Consider he also wants MMC and he is a BC student). So when he take BC seats from MMC, as per the Looping rule, 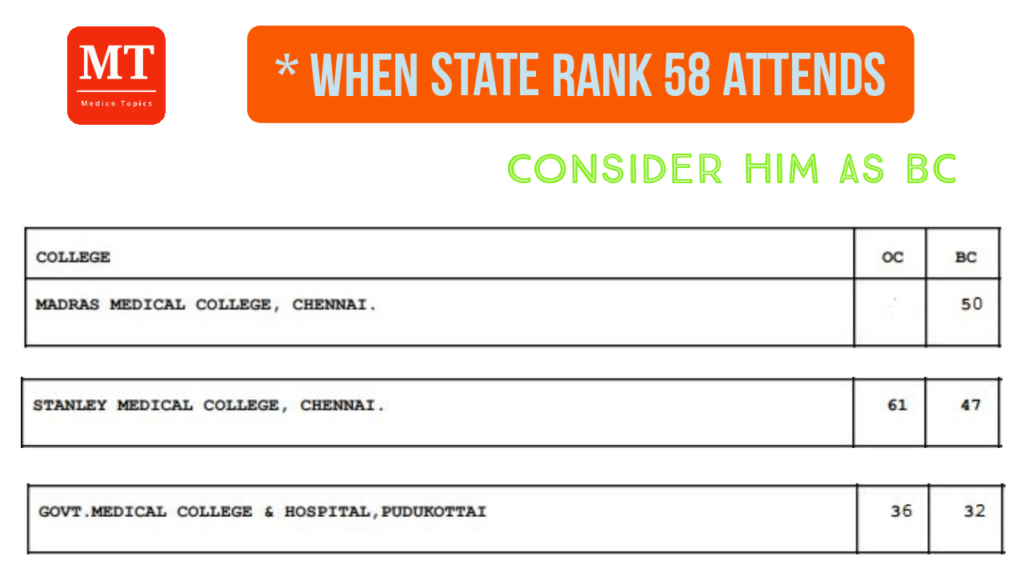 Again consider all candidates between 59 and 84 as BC and everyone needs MMC seat (for better understanding of this concept). So whenever a student come to attend, one seat will be lost from Pudukottai OC.

Atlast when 84th student attends the counselling OC seats in Pudukottai will come to a saturation point after this no OC seats will be deducted from Pudukottai even when the upcoming students take BC seats from MMC. 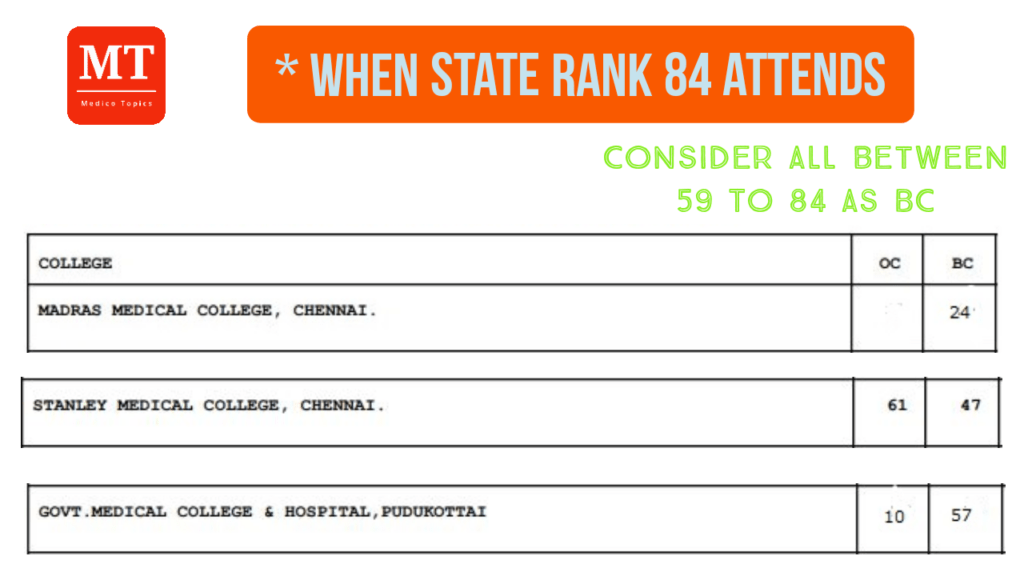 When 85th student attends the counselling (also consider him as BC and he needs MMC), one seat will be deducted from MMC BC and the seat count will come from 24 to 23. As per the Looping rule,

Thus this thing will go on processing until the Karur OC seats attain its saturation of 10 seats. Then the next bottom college will be selected for looping.

Once when seat taking colllege (means top college) come next to looping college (bottom college) and the looping college attains the saturation point of 10 in OC seats, The looping will be reversed to the Pudukottai again. Now all the Pudukottai OC seats will be taken without saturation (from 10 to 0). Then the next college karur will lose seats from 10 to 0. The looping will be done till every OC seats in category A taken out. 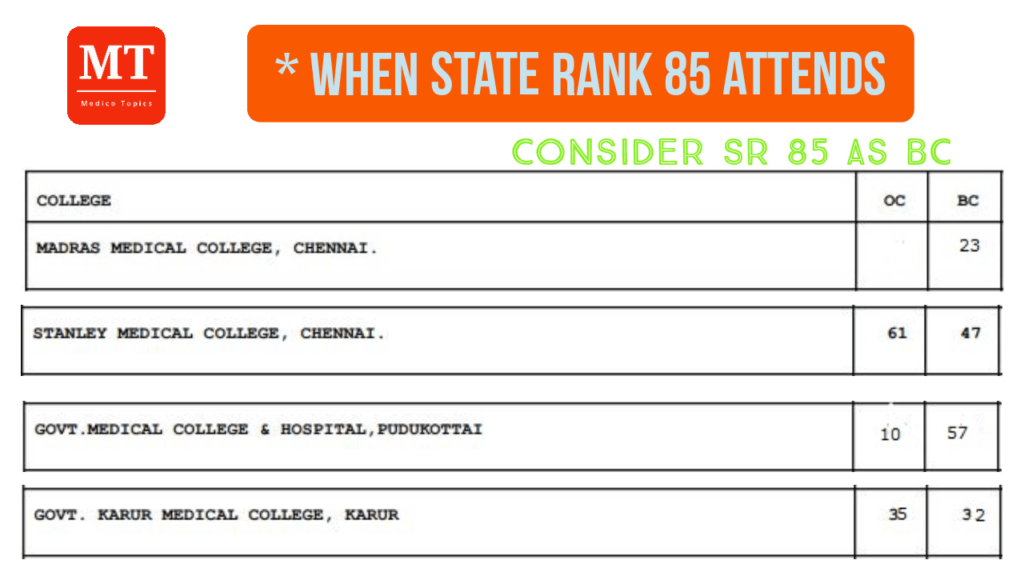 Effect of Looping rule in Tamilnadu 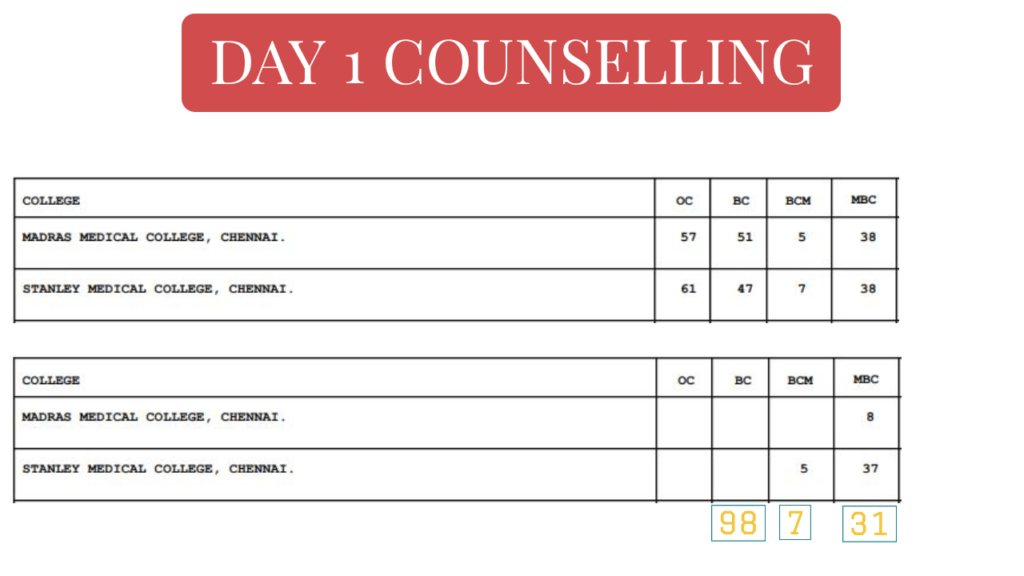 2. Looping effect in between General rank 1 to 361 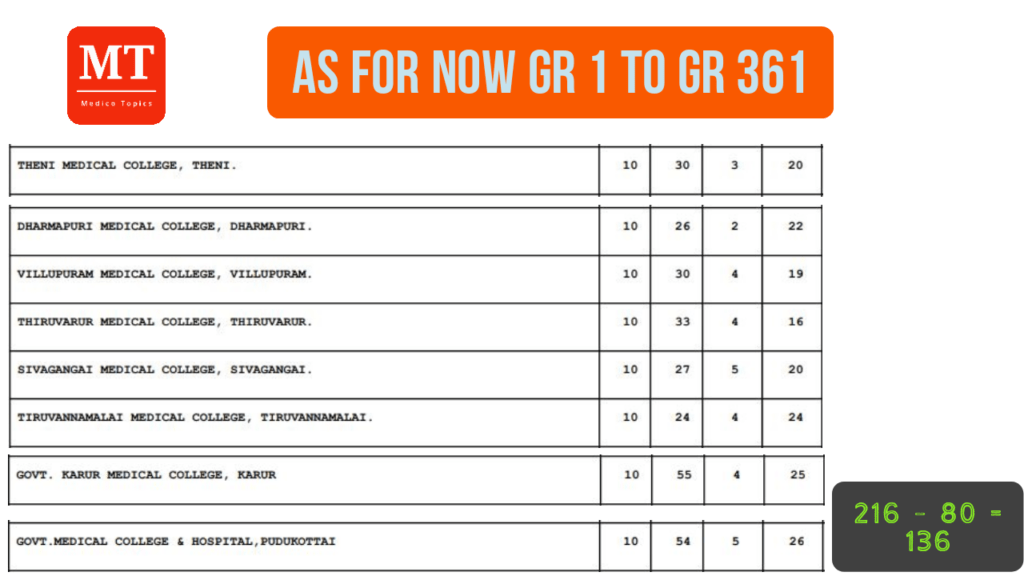 Actual skippers as they joined via AIQ or to AIIMS, JIPMER…etc = 53