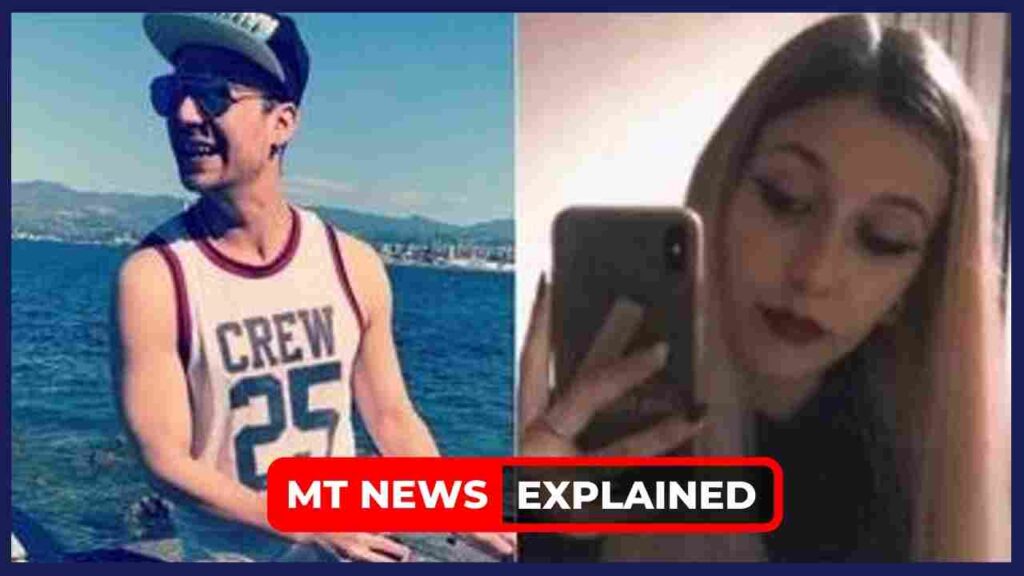 Who is Andrea Cardinale?

Andrea Cardinale, the 21-year-old from Palermo arrested for the murder of  Nino Calabrò and Francesca Di Dio, which took place on Wednesday in Thornaby, in the county of Yorkshire, in England. He was a croupier and a colleague of Nino’s. The alleged murderer, in addition to being Calabrò’s work colleague, was also his roommate.

According to the investigations he would have hit them with a hammer for reasons that remain mysterious. In connection with the alleged slaying of a couple in Thornaby, a 21-year-old man has been charged. Following Cleveland Police’s confirmation that a man and a woman’s deaths were discovered in a Thornaby Road apartment on Wednesday at around 2.10 p.m., a murder investigation was opened.

The two have now been officially identified as being from Italy and are 20-year-old Francesca Di Dio and 26-year-old Antonino Calabro, also known as Nino.

Police stated that Thornaby Road resident Andrea Cardinale has been charged with two charges of homicide. On Monday, December 26, he will make an appearance in Teesside Magistrates’ Court.

Since then, police have made photos of Nino and Francesca available, and both of their families are receiving support from cops with specialized training. At the alleged incident location, there is still a cordon in place, and it is anticipated that this will last for a few days.

After the deaths, sympathizers left flowers in front of the apartments that used to house the Royal George pub and were the scene of the claimed tragedy. The event shocked the normally peaceful neighborhood.

On Wednesday afternoon, there were crime scene investigators working in the building and carrying evidence bags, and a police cordon had been set up to bar access to the location.

The discovery of the corpses

The 21-year-old young man has already been stopped by the English police who, in total secrecy, are trying to reconstruct the dynamics and motive of a seemingly inexplicable double crime. However, it was learned that the young man would have mental problems.

It was the father of the alleged killer who discovered the double crime. He too was in Great Britain: he had gone to see his son. For one day he had tried to call him and, receiving no answers, had thought of going to the house of the two boyfriends, discovering the bodies. It is not clear whether the man entered the house with a copy of the keys, in any case, he triggered the investigation machine by alerting a policeman friend in Italy.

Terrified, having no contacts in the UK, he called a policeman friend who works at the Milan police station. According to what is learned, the agent immediately alerted the colleagues of the second Interpol division of the International Police Cooperation Service who intervened together with the English colleagues.

The alleged murderer, a 21-year-old, arrested shortly after, allegedly had mental problems and, probably after a quarrel, murdered his roommate and girlfriend with hammer blows.

However, the investigations will clarify the motive and the dynamics of the facts. While awaiting confirmation from the investigators and the version of the alleged murderer, only hypotheses can be made.

Friends in the Messina area say that «Francesca wanted to move to England and maybe Nino told his roommate that she had to leave the house. This may have aroused his anger.’

Throughout the evening, a police officer kept watching over the scene as surrounding citizens stopped to inquire about what had transpired. As was previously said, Francesca was seeing Nino at the time of the alleged murder, who worked as a table games dealer at a casino in Stockton, according to the Mirror. Nino’s coworker posted: “Can’t quite believe it… Rest in peace, Nino Calabr. I can’t believe I only spoke to you on Sunday. I’m going to miss you a lot because you were such a hoot to work with.

“Such horrible news to wake up to this morning,” another person said. We will never forget you, Nino Calabr, for your superb customer service or your great personality. There are a lot of people who will miss you, and the casino won’t be the same without you. A third coworker wrote on Facebook: “I’m speechless you and your girlfriend didn’t deserve this fate, I only knew you for 3 months and you were a golden boy who brought joy to the academy every day.”

According to Italian media, Francesca is originally from the Sicilian town of Montagnareale, while Nino is from the nearby town of Barcellona Pozzo di Gotto. In 2019, the couple got engaged and shared on social media how happy they were that Francesca would be spending the holidays with them.

On December 7, the two were last seen in Stockton’s Thomas Sheraton bar. A man and a lady have regrettably passed away, and a male is still being held by police in connection with the event, according to senior investigating officer Detective Chief Inspector Peter Carr.

On Wednesday, December 21, between 10 and 11 a.m., anyone who may have been driving by the Thornaby Road apartments, formerly known as The Royal George Pub, is asked to come forward. If anyone spotted somebody acting suspiciously or any suspicious behavior while they were walking by, please let us know.

‘I didn’t realize anything had happened until all the police trucks arrived,’ claimed a neighbor whose house faces over the apartment building. We don’t know anyone who lives there, to be honest.