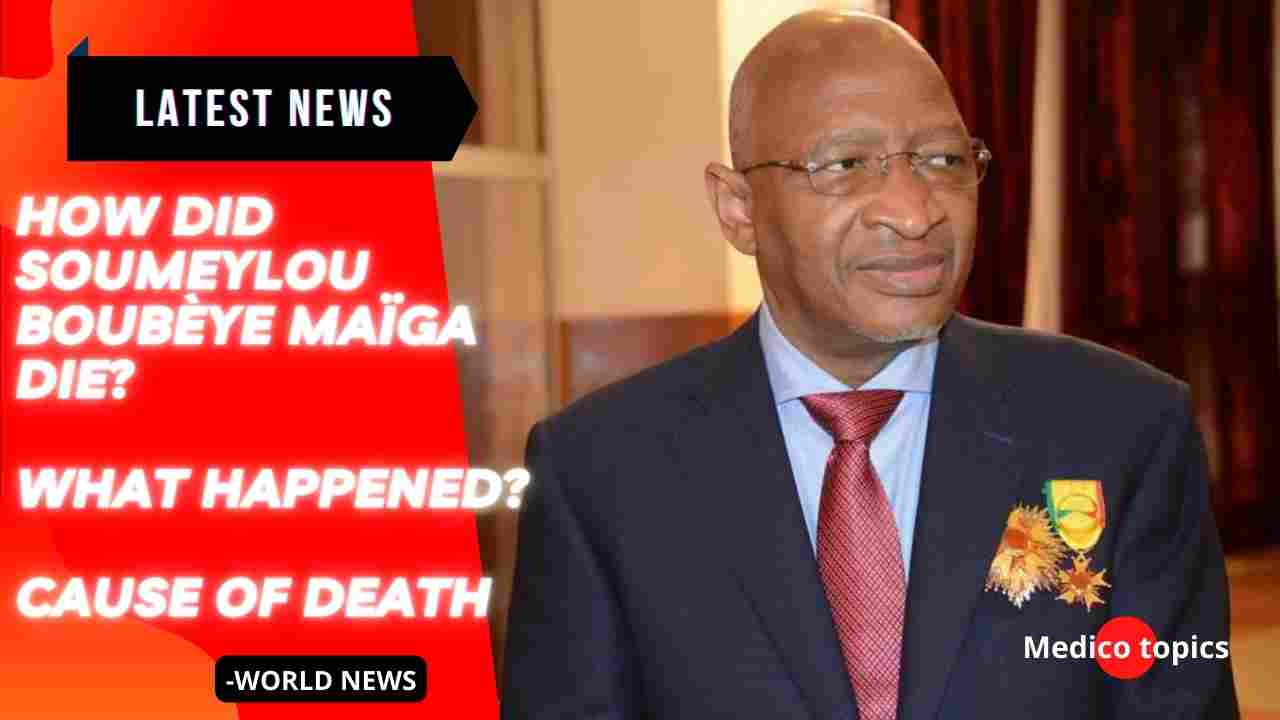 How did Soumeylou Boubèye Maïga Die: The former minister of Ibrahim Boubacar Keïta, a figure in Malian political life, died on Monday in Bamako. Incarcerated since August 2021, he had seen his state of health deteriorate markedly in recent weeks, but his requests for medical evacuation had been rejected.

The “Tiger” no longer roars. Soumeylou Boubèye Maïga died on Monday March 21 at the Pasteur clinic in Bamako where he had been treated since December.

Charged in the so-called presidential plane case, the former Prime Minister of Ibrahim Boubacar Keïta (IBK), from 2017 to 2019, had been placed under a warrant of committal in August 2021. He was notably accused of corruption and embezzlement of public funds. Since his incarceration in the Central Prison of Bamako, his state of health had deteriorated markedly.

On December 16, at the request of his relatives, he was hospitalized at the Pasteur clinic in Bamako. More and more weakened, he had lost about twenty kilos. His requests for conditional release having all been rejected, his entourage had not ceased to demand his evacuation so that he could be treated abroad.

Requests all refused by the transitional authorities – and this, despite the intervention of several heads of state in the region, such as the Ghanaian Nana Akufo-Addo, the Senegalese Macky Sall, or the Burkinabè Roch Marc Christian Kaboré when was still in power. Even the involvement of Chérif Ousmane Madani Haïdara, president of the High Islamic Council of Mali (HCIM) and a respected figure in the country, had done nothing.

The former Prime Minister had for four months, from the summer of 2021, been detained in the Bamako central detention center. He had been transferred in December to the Bamako clinic where he died on Monday. But the cause of death is not revealed yet.

On March 2, Maïga Binta Yatassaye, the wife of the former Prime Minister, wrote an open letter to Colonel Assimi Goïta, the president of the transition, asking him to intercede on behalf of her husband. She indicated there that the “vital prognosis [of this one was] engaged” and that the doctors recommended an “emergency evacuation” since mid-December, recalling also that he was in preventive detention and not sentenced. “Do we want the death by abandonment and planned neglect of Soumeylou Boubèye Maïga? she concluded, expressing her indignation at the authorities’ lack of response to the family’s multiple requests.

Over the decades, this figure in Malian political life had built up an important network, ranging from his former left-wing militant comrades to numerous African heads of state, including several French and European leaders. His disappearance, after months of fighting the disease in detention, sparked many reactions, both in Mali and in West Africa.

Former journalist, Soumeylou Boubèye Maïga was committed against the dictatorship of Moussa Traoré, overthrown in 1991. He also participated in the founding of what was for a long time the first party in the country, the Alliance for Democracy in Mali-African Party for solidarity and justice (Adema-PASJ).

Close to Alpha Oumar Konaré, who had made him the boss of the powerful State Security, the native of Gao had then broken with this training to run for the presidential election of 2007 – in which he had not obtained only 1.5% of the votes.

While he had been appointed Minister of Foreign Affairs by Amadou Toumani Touré in 2011, it was really with the coming to power of IBK in 2013 that the Tiger had gained in influence and visibility. After the debacle of the Malian army in Kidal in 2014, he was forced to resign from his post as Minister of Defense. However, he returned to the top of the state two years later, as secretary general of the presidency. In 2017, IBK appointed him Prime Minister. He will remain at the head of the government until 2019, after the Ogossagou massacre.

President of the Alliance for Solidarity in Mali-Convergence of Patriotic Forces (Asma-CFP), which he had created in 2013, Soumeylou Boubèye Maïga did not hide his presidential ambitions and intended to stand in the next elections.