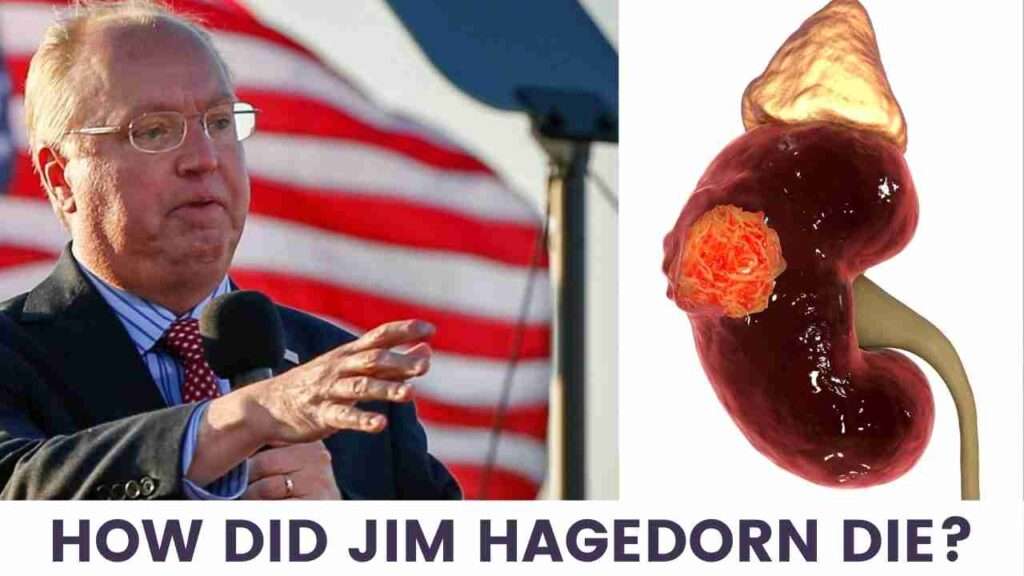 Jim Hagedorn, a Minnesota Republican, died Friday according to his family. Let’s see How did Jim Hagedorn die and what we need to know from his death.

Who is Jim Hagedorn?

Hagedorn, James Lee, was an American politician from Minnesota. He served in the United States House of Representatives from Minnesota’s 1st congressional district as a Republican. Rochester, Austin, and Mankato are part of the district, which spans much of the state’s southern third.

How did Jim Hagedorn die?

Jim Hagedorn, a Minnesota Republican, died Friday after a long battle with Renal Cell Carcinoma (kidney cancer), according to his family. He was 59 years old at the time.

In a Facebook post, his wife, Jennifer Carnahan, said, “It is with a broken heart, shattered soul, and immense grief that I share my husband Congressman Jim Hagedorn passed away peacefully last night.”

She went on to say, “Jim loved our nation and enjoyed representing the people of southern Minnesota.” “He lived his dream by serving others every second of every day. My husband was the staunchest conservative in our state, and it showed in the way he voted, led, and battled for our nation.”

Hagedorn, who had been vaccinated, tested positive for Covid-19 last month and was experiencing mild symptoms. He was admitted to the hospital as a precaution because he was being treated for kidney cancer at the time.

His family has been tight-lipped about the situation surrounding his death.

Condolences began to flood in after his death was announced on Friday.

Rep. Elise Stefanik, chairwoman of the House GOP Conference, tweeted: “@RepHagedorn was a friend and colleague of the entire House Republican Conference. Throughout his time in Congress, Jim was a fearless and relentless advocate for his constituents. He was a warrior. We send our condolences to his family and community. He will be missed greatly.”

“Our sympathies go out to his wife Jennifer and all his loved ones in this sad time,” Minnesota GOP Chairman David Hann tweeted.

“Jim left a lifetime of service to our state and country,” he continued. Please join us in prayer for Jim and his family at this difficult time.”

What is Kidney cancer?

Kidney cancer is a kind of cancer that starts in the kidneys and spreads throughout the body. Your kidneys are two bean-shaped organs that are roughly the size of a hand apiece. They’re behind your abdominal organs, on either side of your spine, with one kidney on each side.

What are the early symptoms of kidney cancer?

Some possible symptoms of kidney cancer include,

Kidney cancer is most commonly detected in adults over the age of 60, and it is rarely discovered in those under the age of 40. According to the American Cancer Society, more than 74,000 people will be diagnosed with kidney cancer in the United States in 2020. Men have a greater risk of kidney cancer than women. If detected and treated early enough, kidney cancer can be cured.

Now, here are several factors that may be avoided,

Can Kidney Cancer kill you?

So we can separate kidney cancer into two stages one the cancer is located only in the kidney and not spread to any other places. Around 40-70% with kidney cancer at this stage will live for at least five years after being diagnosed.

But after that kidney cancer can spread via multiple routes like through your blood and lymph to reach other vital organs, particularly lungs, bones, and liver, and cause secondary cancer there. Only around 10% of persons with advanced kidney cancer who have progressed to other parts of the body will live for at least five years after getting a diagnosis.

How does Kidney Cancer kill you?

In the case of adults mainly Renal Cell Carcinoma is the most common and in that as well we have lots of types. Apart from all Clear cell carcinoma is the major type that holds 70% of all Kidney cancer. Once the cells of the kidney changed their path from normal growth to cancerous growth (caused by the factors mentioned above) it will grow in an uncontrollable fashion which leads to a lump or mass formation.

Once this stage advances you will feel an initial pain on the joints of your ribs and spine (costovertebral pain).

In advanced stages, you can feel the grown mass on your abdominal sides.

The most important stage of Kidney cancer is Bloody urine (hematuria).

Once you reached all these levels of kidney cancer it means your cancer has started spreading from the kidney to various parts of the body (Lungs, Liver, Bones, Adrenal, etc..)

At last, due to the multiorgan failure and respiratory arrest, you will reach a stage where your lungs are no longer capable of supplying oxygen to organs and which will end in death.

And I hope I answered both How did Jim Hagedorn die and what we need to know from his death. Stay cautious!