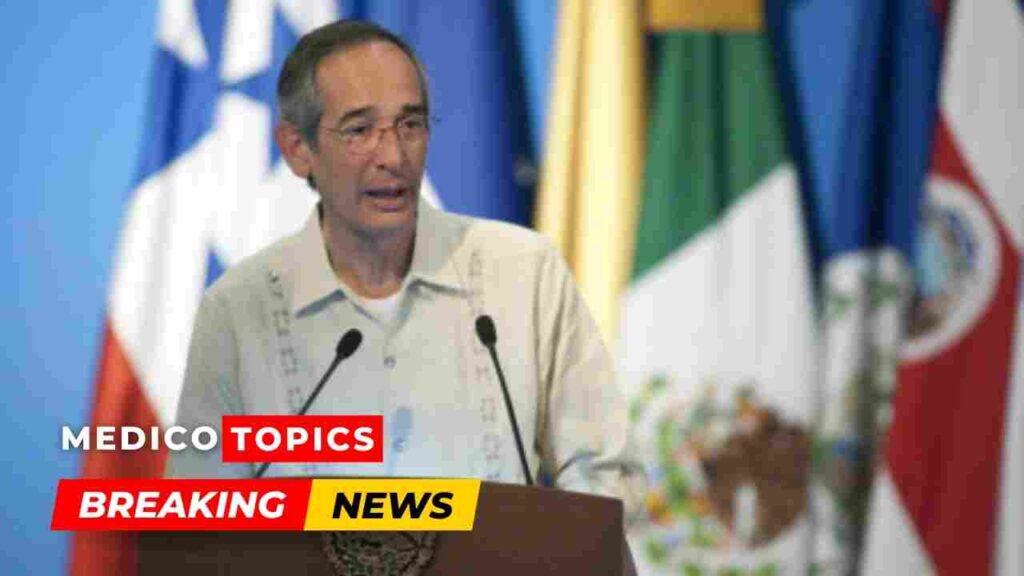 Álvaro Colom, former president of Guatemala, dies at 71. Let’s see more details about Álvaro Colom and his cause of death.

How did Álvaro Colom die?

Álvaro Colom died on Monday at the age of 71. He was undergoing treatment for esophageal cancer.

Former Guatemalan President Alvaro Colom died on Monday at the age of 71 from esophageal cancer, according to his former security minister Carlos Menocal. #Guatemala #Politics pic.twitter.com/KC5X3E4gw8

Who was Álvaro Colom?

An industrial engineer, Colom was Guatemala’s first leftist president in more than 50 years when he took office in January 2008 but said he wanted Guatemala to chart its path rather than fall in with established leftist leaders like Venezuela’s Hugo Chavez at the time. Colom had success in textiles and Guatemala’s entry into large-scale production through assembly plants known as maquiladoras in Spanish.

He entered office promising to reduce poverty after having worked with civil war refugees in isolated highlands. The war, which ran from 1960 to 1996, displaced hundreds of thousands. He was an ordained Mayan minister and said he would seek guidance from the Mayan Elders National Council, a group of spiritual leaders.

Is Colom banned from entering the United States

Colom, who was in office from 2008 to 2012, was sanctioned in July 2021 by Washington, which placed him on the so-called “Engel List” of “corrupt and undemocratic actors” in Central America.

He was banned from entering the United States after being arrested in 2018 for fraud and embezzlement over a 2009 contract for several hundred public buses. According to Guatemala’s judicial authorities, the $35 million bill for the buses had been inflated. The former president was released after posting bail.

The case was also investigated by the UN-backed International Commission Against Impunity in Guatemala. His ex-wife, Sandra Torres, is running for president in Guatemala’s June 25 general elections.

Colom took credit for his deeds

Just weeks before the end of his term, Colom took credit for hiring some 90,000 additional teachers and bringing more than a million children back into the country’s schools. He said his administration had built more schools and health centers. He also applauded Guatemala’s efforts to seize drug shipments moving through the country and arrest drug traffickers.

Colom also supported the U.N. International Commission Against Impunity In Guatemala, better known by its Spanish acronym CICIG. It had started work the year before he took office.

Mourning the death of former president Alvaro Colom. Jimmy Morales, former president of the Republic of Guatemala, lamented the passing of Colom. Similarly, the National Unit of Hope, UNE, expressed itself on its social networks.

With great regret and dismay, I receive the sad news of the passing of my good friend, godfather, mentor, and protector, President Alvaro Colom Caballeros; a person whom I had the honor of representing during his 4 years as president, and who made me understand that the gift of service should be our recommendation letter always.

Thank you for all your teachings, President Colom, and rest assured that what I learned from you I will always put into practice and especially that love for Peten. It’s 4 balam! I will carry him in my heart always; I remember his last call 10 days ago and his voice always said to me “Shudel”…

Farewell to a President and friend. Today President Alvaro Colom Caballeros left for eternity. To him my respect and to his family my condolences. Rest in Peace.

How did Felix Banda aka Galamukani die? Motivational speaker and author cause of death explained

How did Josh Zarazua aka Panda die? MMA fighter cause of death explained