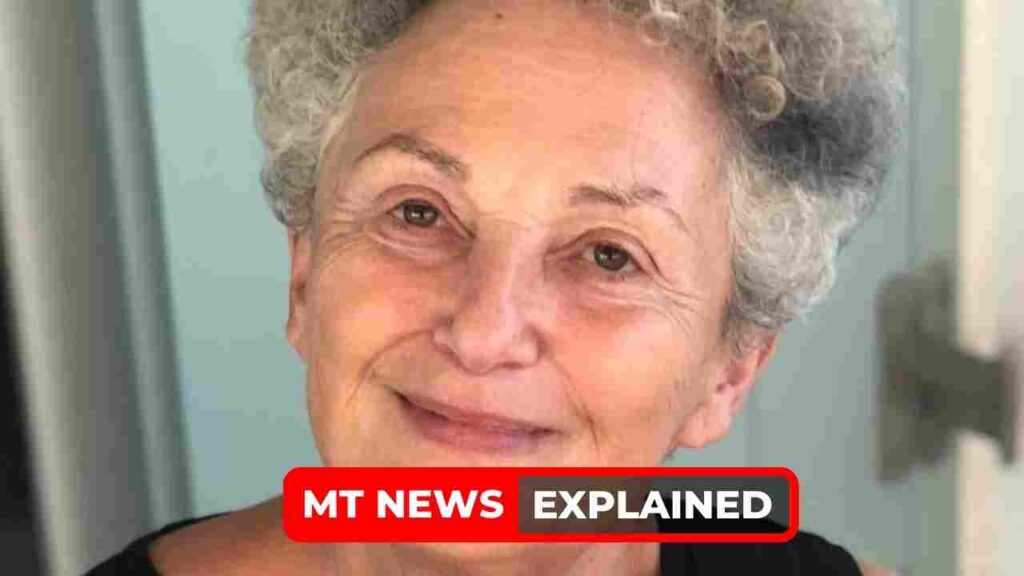 Annabelle Sreberny was born 5 September 1949 . She was a writer, scholar, professor of Global Media and Communication, and Director of the Centre for Media and Film Studies at SOAS. She writes on globalization, communication, and culture with specific foci on international news and Iran.

Sreberny is a Labour Party member of the Islington North Constituency Labour Party in the Highbury East branch. Annabelle was always an active member. She made a particular individual contribution to our work as a key player in devising and organizing the JVL/BSST annual liberation Seders.

She helped compile our Haggadahs each year, securing a wide range of people from Britain, Palestine, Israel, and elsewhere to speak, sing and play at the Seders. Annabelle’s engagement with the Seders arose not only from her JVL membership but even more from her involvement as a firm supporter and Trustee of the British-Shalom-Salam Trust, for which the Seders raised funds.

Her enthusiasm, eye for detail, and good humor were essential to their success.

Annabelle Cause of death

To learn more about Annabelle’s death, we are attempting to get in touch with her friends and family. This section will be updated as soon as we learn any new information regarding the tragic event that brought many people to tears.

Her Friends and family sending more posts on Social Media. We will miss Annabelle’s great sense, compassion, and good humor, and send our condolences to her family and many friends.

Her interest in writing

she is interested in the discourses around globalization and culture, especially as articulated by Northwestern states and population. Anne was also interested in the process of empowerment and democratization particularly as experienced by women and minority communities.

She has trained in psychodynamic counseling which led me to explore the linkages between macro process and micro experience and different ways of writing, etc.,

Anabelle, as the daughter of refugee parents (her mother coming on the Kinder transport), knew much about European antisemitism and the need to welcome refugees. A distinguished academic, Annabelle was Professor Emerita of Global Media and Communication at SOAS and past president of the International Association for Media and Communication Research.

Her research covered many areas but she was a particular expert on Iranian Cinema and the author of Blogistan: The Internet and Politics in Iran. She also co-edited Gender, Politics, and Communication among several important and widely cited books she wrote or edited.

Some of her Authored books

The World of the News: The News of the World (University of Leicester, 1980)

Blogistan: The Internet and Politics in Iran with Gohlam Khiabany (I.B. Tauris, 2011)

She moved to SOAS as a visiting professor from the University of Leicester in 2004. Anne was the director of the Center of Mass communication research from 1992-1999 and its only professor. she took the first chair in Global media and communications at SOAS in 2006.

She was elected president of IAMCR in July 2008 for four years. Her interest includes theories of globalization particularly related to gender issues and changing configurations of the Public and Private. Her recent work on Iran has examined the role of the press as part of an emergent civil society in Iran, particularly women play as journalists and Editors of a dynamic Persian-language blogosphere.

Sadly, another #Jewish socialist has passed away without the knowledge that whilst you alone have the power to give the disillusioned voters some hope by offering them an alternative political home you will not do so! It won't be #SDLP again!

Our wonderful friend and inspiration, Annabelle Sreberny, has sadly passed away. A proud Jewish socialist, she was a fearless campaigner for women’s rights, Palestinian freedom, and social justice. I will miss her limitless wisdom, humor, and warmth.

Our wonderful friend and inspiration, Annabelle Sreberny, has sadly passed away.

A proud Jewish socialist, she was a fearless campaigner for women's rights, Palestinian freedom and social justice.

I will miss her limitless wisdom, humour and warmth. pic.twitter.com/02CO26LYf0

JVL is greatly saddened to hear of the death of Annabelle Sreberny on 29 December. Annabelle had a long history of activity as a Jewish Socialist and was a strong supporter of Palestinian rights. She joined JVL almost as soon as it was established in 2017

JVL is greatly saddened to hear of the death of Annabelle Sreberny on 29 December. Annabelle had a long history of activity as a Jewish Socialist and was a strong supporter of Palestinian rights. She joined JVL almost as soon as it was established in 2017 https://t.co/TcQ1mQffQn

How did Kelly Monteith die? Popular comedian cause of death explained