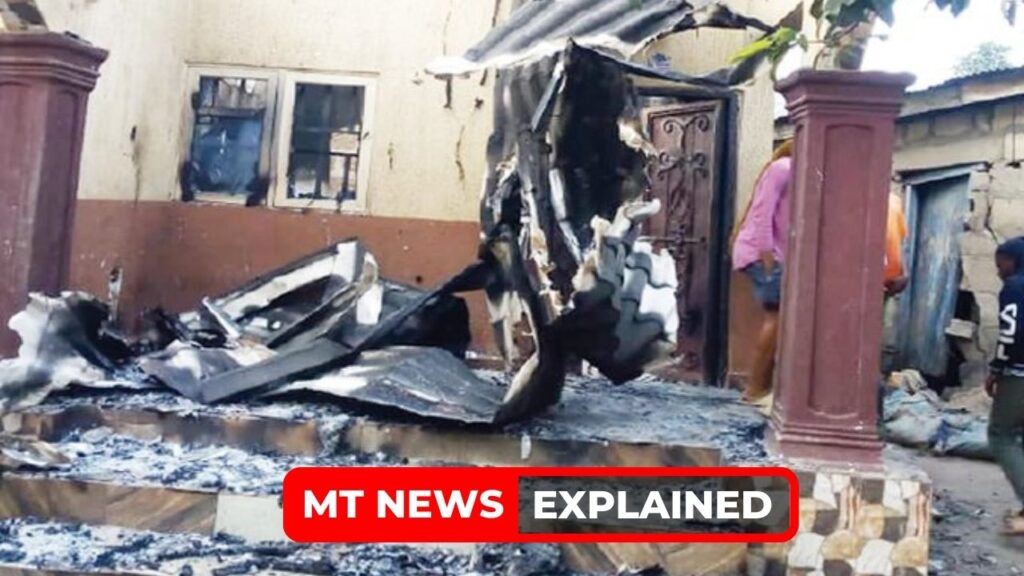 The pregnant wife of Kalu Chima also known as Oyeku, the Ebubeagu Commander in Ama-Etit, was murdered by gunmen. Let’s see what happened to Urenwa Kalu Chima in detail.

What happened to Urenwa Kalu Chima?

The pregnant wife of the wife of Kalu Chima (also known as Oyeku), the Ebubeagu Commander in Ama-Etit, was murdered by gunmen in Etiti community, Afikpo South Local Government Area, Ebonyi State.

According to reports, the two-man gang used face masks throughout the incident on Sunday, which lasted from 1:30 am to 2 am. The suspects also attacked his house and fired it.

In a statement, SP Chris Anyanwu, the state police’s public information officer, said the command has opened an investigation into the event.

Who is responsible for this crime?

Although the Ebubeagu Commander said that one Okporie Ashango and his cronies were responsible, the Ebonyi State Police Command, which confirmed the occurrence, adding that “it has not been ascertained who perpetrated the terrible act.

“The State Criminal Investigation and Intelligence Department’s (SCIID) Deputy Commissioner of Police is to launch an immediate investigation to identify individuals responsible for the crimes, according to CP Aliyu Garba, the state’s chief of police.

Further, the CP has ordered that the offenders must be found and arrested very away, thus SCIID detectives and members of the Command’s Tactical Teams have seized control of the situation in the region.

The following was stated in the statement: “A report filed in by CSP Ayodele Umujose, the Divisional Police Officer, Afikpo-South Division, Ebonyi State, has it that the Ama-Etiti Amaoso Edda Youth Leader, Nnachi Mba, reported that around 2.30 am on January 1, 2023.

The house of the Afikpo-South Ebubeagu Commander, Oyeku Kalu Chima, at Owutu Edda, was attacked and set ablaze, while his wife, Urenwa Kalu Chima, was shot dead.

“It has not been established meantime, who perpetrated the dastardly act. However, the said Ebubeagu commander alleged that it was one Ashango and his cohorts that did it.

Abderrahim Tounsi dies, Greatest actor and comedian passed away at 86