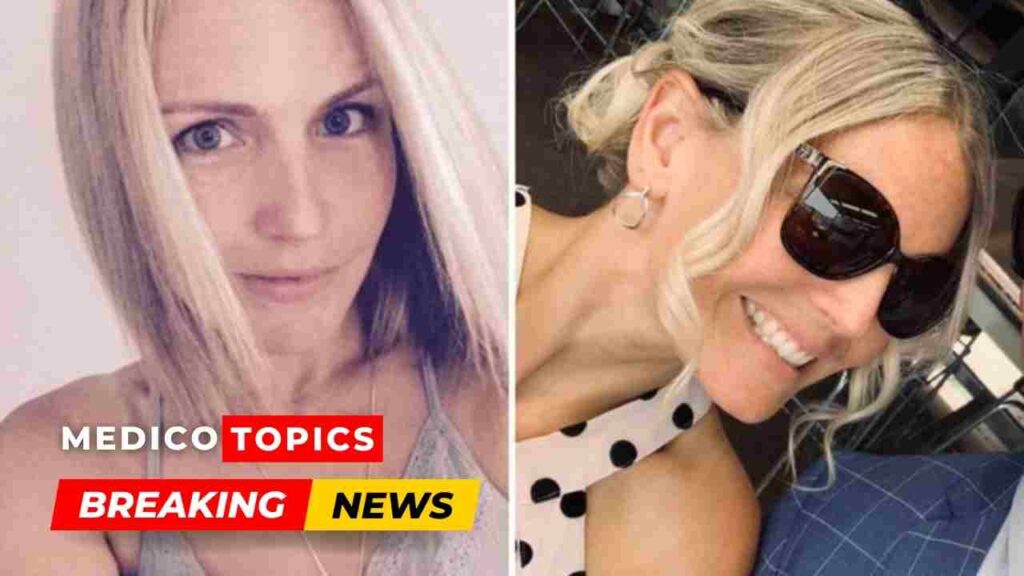 The 41-year-old woman was fatally stabbed while attempting to repel two intruders who had broken into the home in the north of Brisbane in the early hours of Boxing Day. Let’s see what happened in detail.

Emma Lovell was allegedly stabbed while defending herself against two intruders who stormed into her North Lakes house late last night.

Four individuals who were spotted leaving a nearby house with police are currently assisting investigators. Emma Lovell, 41, and her partner Lee, 43, were inside their North Lakes house, north of Brisbane, on Monday night when intruders allegedly forced their way inside.

On Monday at around 11:30 p.m., Queensland Police were called to Whitfield Crescent in North Lakes following allegations of a brawl breaking out there.

Ms. Lovell, 41, and her husband, Lee Lovell, 43, were reported to have been startled by the intruders before a fight allegedly broke out on the front porch.

Emma with her husband, Lee we’re no doubt trying to guard their children from these home invader thugs who have ruined the lives of every person in the Lovell family.

What happened to Emma Lovell and her husband, Lee?

Ms. Lovell suffered serious injuries during the fight. Despite valiant attempts by paramedics to revive Mrs. Lovell uses a Thoracotomy operation, she suffered chest wounds and passed away on the spot.

Her life was taken just hours after she returned from a vacation to the Sunshine Coast and spent Christmas Day at the beach with her family.

Her husband, Lee was rushed to the Royal Brisbane and Women’s Hospital in a critical but stable condition after receiving non-life-threatening injuries to his back. 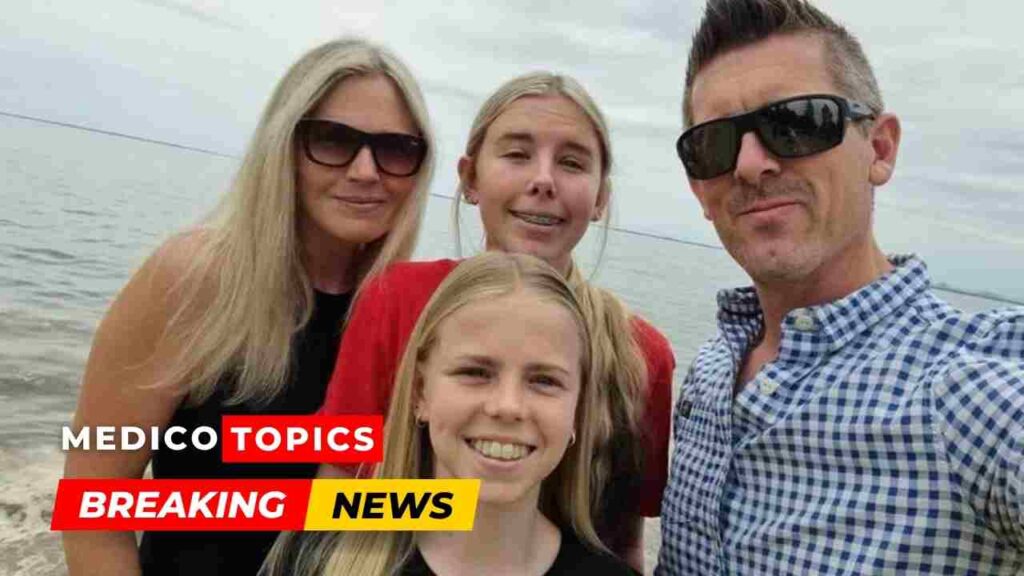 Residents were shocked to hear Mrs. Lovell’s daughters screaming in terror, “Someone help my mum, help my mum,” as one neighbor came to her rescue.

According to reports, the mother of two daughters recently traveled with her family to the Sunshine Coast before returning to her home in northern Brisbane.

“So for the first time in 11 years we spent Christmas day on the beach, even managed to cook up some bacon and eggs,” she wrote on social media post. “Hope everyone has a great Christmas day spent with loved ones and friends.”

Four individuals are supporting the investigators in their investigations, one of whom was observed wearing a full-blue forensic outfit.

No one has been taken into custody or charged. Strangers have begun to pay tribute to Ms. Lovell and express their grief at her untimely death, especially at this time of year.

Police set to charge 2 x 17yo Brisbane teenagers with murder and attempted murder over the stabbing death of an innocent mother who with her husband, disturbed intruders breaking into their North Lakes home last night. https://t.co/C31ZM1YFD7

One wrote, “Our hearts are devastated.

“Such a beautiful, innocent lady who left us far too soon. RIP, “another disclosed.

The scene of the crime has been set up, and police are asking anyone with information or video to come forward. Nobody has been put on trial for the incident.

“If you have information for police, contact Policelink by providing information using the online suspicious activity form 24hrs per day at www.police.qld.gov.au/reporting or call 131 444.”

Police are set to hold a press conference at 2.30 pm AEST on Tuesday.

Such a tragedy. Feel so sorry for this beautiful family in our local community. Hopefully, this will ease their financial burden at least. My thoughts are with them all. We all deserve to feel safe, especially in our own homes.

Emma was a client of ours and we were so very sad to hear this news. Thoughts are with all the family and friends affected by this, especially her husband and children.

SHE MATTERS: REMEMBERING EMMA LOVELL! December 26, 2022: Emma Lovell, 43, was stabbed to death yesterday evening in North Lakes, Qld. Her husband was also injured. Emma is the 57th Australian woman killed in 2022 & the 12th killed in four weeks. Four men are in custody.

Throw the book at these criminals, stop with the light sentencing and slaps on the wrists, let justice be done for this poor woman and her family, and let her death not be in bloody veins.

My prayers and deep condolences to her husband and the entire family.

Northlakes is so polished and reputed suburb in Queensland, so sad it’s happened in the suburb.

Police allege the men killed Emma during a home invasion. Emma and her husband had just returned home from their Christmas holiday when the men allegedly killed her. She was trying to protect her property, her husband, and herself. RIP EMMA LOVELL!

How did Stephen Greif die? Blake’s 7 actor cause of death explained