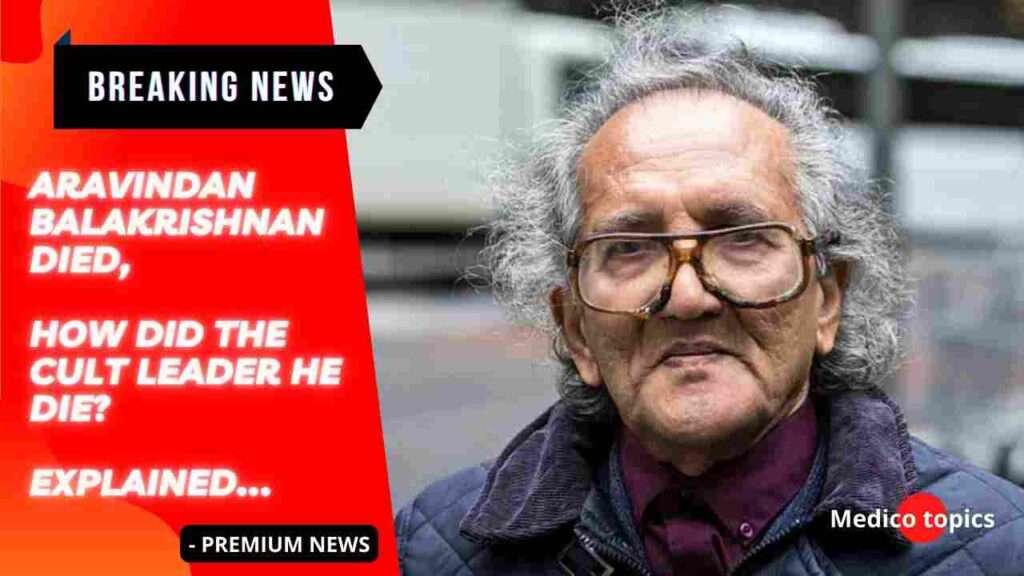 How did Aravindan Balakrishnan die?

Aravindan Balakrishnan preyed on his female followers, convincing them that he has god-like abilities.

The Enfield cult leader, known as Comrade Bala, was sentenced to 23 years in prison in 2016 after his cult, which he had been running since the 1970s, was revealed.

Aravindan Balakrishnan Cause of death

Balakrishnan was convicted of a number of crimes, including child cruelty, false imprisonment, and assault, according to the BBC. He died in HMP Dartmoor yesterday. However,  Aravindan Balakrishnan cause of death is yet to be released. An insider stated on Twitter that he died of a natural cause.

Jurors heard that he raped two of his followers during his trial at Southwark Crown Court. He also terrorized his detainees by claiming that a made-up robot named Jackie could read their minds. Let’s see who is he and what he did in detail.

Who is Aravindan Balakrishnan? 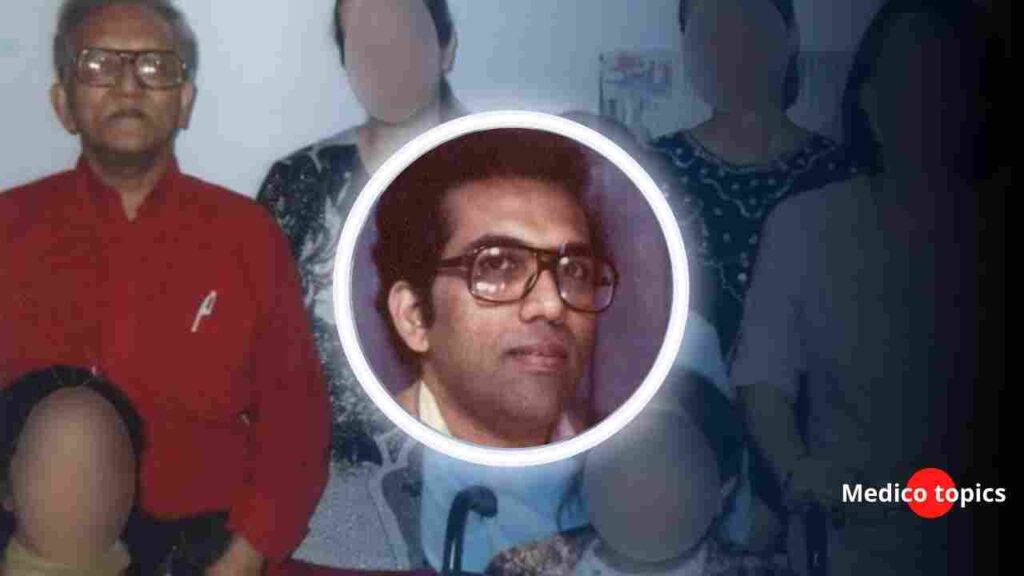 Aravindan Balakrishnan was born in Kerala and moved to Singapore with his father, who was a soldier. Later, he relocated to London, where he earned his bachelor’s degree from the prestigious London School of Economics. Balakrishnan was drawn to communist ideas shortly after arriving in the United Kingdom. In 1974, he was expelled from the Communist Party of England (Marxist–Leninist) for “conspicuous and splittist activity… propagating social fascist slanders against the Party and the proletariat revolution” and seeking to “place themselves above the Party’s discipline.”

In the late 1970s, he founded the Communist Collective, a cult based on the teachings of then-CCP Chairman Mao Zedong. He went by the names Comrade Bala and Comrade Chanda, and he gathered a slew of female followers who were first enamored by his captivating pattern, but who were eventually subdued by him via psychological and physical intimidation, supernatural threats, and sexual abuse.

Aravindan Balakrishnan considered him as a ‘GOD’

Balakrishnan surrounded himself with an aura of majesty, raising himself to the status of God. He was able to persuade his followers that he was the greatest god, capable of controlling their thoughts and striking them dead with a single touch. Members of the cult were supposed to follow a set of rigorous rules that were punished by violence. They were forbidden from making noise, seeming tired in the morning, or praising one another, among other things. The regulations, however, would alter on a regular basis, depending on Comrade Bala’s whims and fancies.

He often used apocalyptic prophesies and outlandish conspiracy theories to scare his supporters.

He had projected that a Maoist revolution would spring up and remove the “British Fascist State,” which he said had deployed spies and operatives everywhere, even in the house next door. He was able to persuade his followers that he was a God with complete control over the sun, moon, wind, and flames. He told them that if they abandoned or betrayed him, they would perish. He predicted that they would be burnt by spontaneous combustion, killed by a lightning strike, or killed by a “Jackie,” a Chinese-built satellite weapon that Comrade Bala controls.

Balakrishnan made up “Jackie” to scare his followers into swallowing his sperm, which he said was “the elixir of life.”

JACKIE was nothing more than a figment of Bala’s imagination, a mysterious gadget that purportedly tracked all thoughts and had the ability to influence minds. JACKIE was an abbreviation for Jehovah, Allah, Christ, Krishna, and ‘Immortal Easwaran,’ according to the cult leader. Bala would link the cause of any big event in the globe, like the explosion of the American Space Shuttle Challenger in 1986 or an earthquake, to the imaginary weapon he devised, JACKIE, in order to bolster its might and terrify his followers. Some of his victims are still afraid of hearing the name JACKIE after all these years.

Davies told Sky News in 2016 that they were mentally conditioned to believe JACKIE was real. “If I did something wrong, others and I would be killed by JACKIE, he would warn us,” she said. “If he interfered by slapping and hitting us… JACKIE would believe we’d done enough and wouldn’t murder us.” So we should be grateful that he’s causing us pain… because we’d be safe from JACKIE.”

In January 2017, the BBC aired a program that detailed the “JACKIE” cult.

The organization held that only he and Chinese ruler Mao Zedong had the right to “create a universal dictatorship of the proletariat.”

From then, his ideas appear to have gotten increasingly radical over time, and the jury heard horrific details about his cult, such as how his members were commanded to exult in the murders of anti-communists.

Balakrishnan appears to have ‘wished’ that three million people had perished in the Tiananmen Square massacre, rather than the 3,000 who died.

His daughter described all as horrifying time 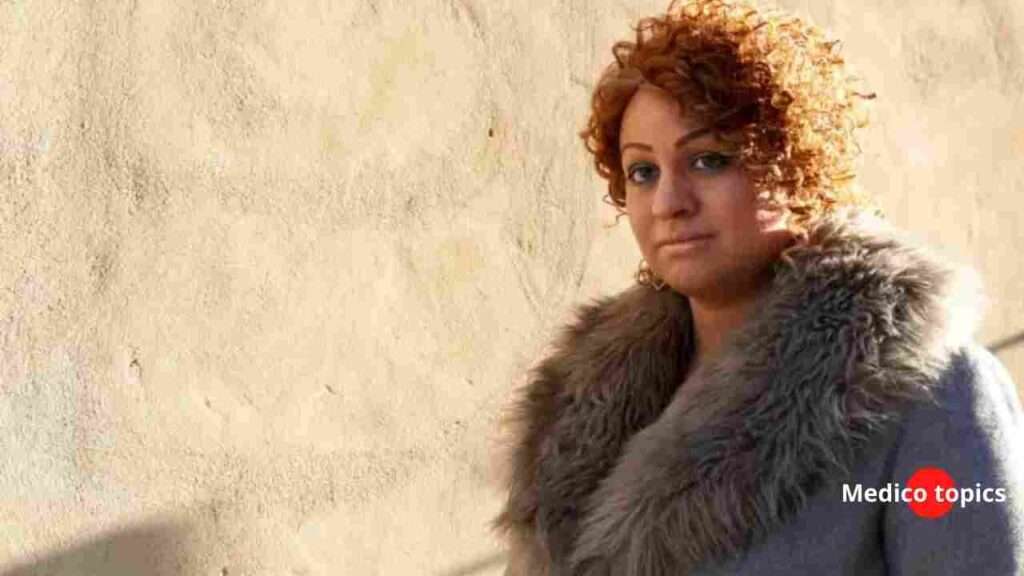 His daughter described her trauma as “horrifying.” “after she surrendered her right to privacy, she described it as “awful, so dehumanizing and disgusting.”

“I felt like a caged bird with clipped wings,” she continued.

Ms. Morgan-Daivs described her father as a “psychopath and a narcissist,” adding: “People like Stalin, Mao, Pol Pot, and Saddam Hussein were his heroes, and you couldn’t criticize them in the house either.

“They all were gods and heroes to him. These were the folks he aspired to be like.”

She had been assaulted and barred from singing nursery rhymes, going to school, or making friends during her experience.

Her father, she claimed, was utilizing the cult as a “pilot unit” for his great plans to conquer the globe.

“I used to wonder, ‘God, what way out is there if the whole world is going to be like this?'” she added. How am I going to make a living? This is not a place where I can stay.

“So I used to think that death was the greatest option.”

She didn’t find out until she was a teenager that another of her father’s supporters, Sian Davis, also known as Comrade Sian, was her mother.

Ms. Davies, a GP’s daughter from Ceredigion, Wales, died in hospital after falling from a window at the cult’s camp on Christmas Eve in 1996.

Ms. Morgan-Davies recalled hearing screaming and yelling that night, and seeing her mother lying in a pool of her own blood, imploring Balakrishnan to “murder me.”

She fled her father’s cult in 2013 by memorizing the phone number of an anti-slavery organization she heard on the television.

Since then, she has relocated to Leeds and begun her schooling.

“I’ve spent my entire existence as a non-person, and here is my time to be myself,” she explained.

Atrocities done by the British empire in Singapore, where he was raised, were said to have influenced Comrade Bala’s political efforts.

Get the latest news on the Medico topic’s Twitter page.

2 thoughts on “How did cult leader Aravindan Balakrishnan die? Cause of death Explained”