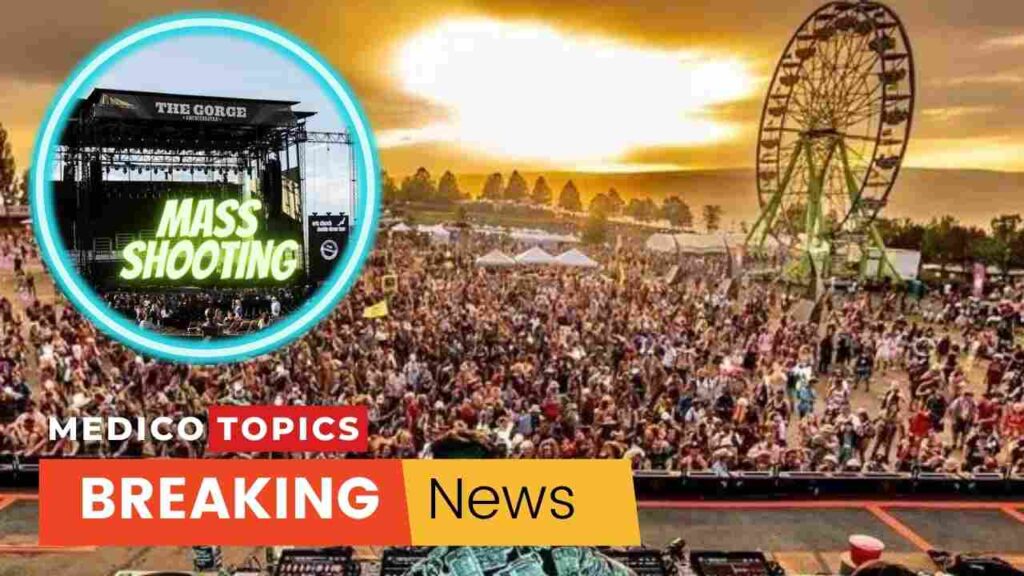 What happened in Gorge Amphitheatre?

A man from Ephrata who may have had planned to carry out a mass shooting at the Gorge Amphitheater on Friday night was allegedly stopped, according to Grant County Sheriff’s deputies.

Around nine o’clock at night, residents and security alerted deputies to a man in the parking lot.

The man was seen by witnesses inhaling an unknown gas or chemical from a balloon before loading two 9mm pistols from the trunk of his car.

One pistol was tucked away in the man’s back waistband, and the other was kept in an out-of-the-waistband holster.

Who was Jonathan R. Moody?

The suspect, later identified as Ephrata resident Jonathan R. Moody, 30, approached concertgoers and enquired as to when the performance ended and where attendees would be leaving the venue.

Moody was unable to enter the location.

Outside the event gates, security detained Moody and took the two loaded 9mm handguns out of his possession.

Deputies detained Moody after investigating on suspicion of one crime of possessing a dangerous weapon and one count of carrying or handling a weapon without a permit.

Moody was detained and taken to the Grant County Jail.

The Bass Canyon concert series, electronic dance music (EDM) festival, performed at the Gorge last night and will do so again today.

The concert last night was sold out, which indicates that over 25,000 people attended.

Guns are not permitted at the Gorge Amphitheater, but Moody’s possession of weapons was not the only reason for his detention.

What happened to the people?

The suspicions of witnesses and deputies were increased by Moody’s behavior, including his appearance to inhale an intoxicant, his loading of guns in the parking lot, and his inquiries concerning the location and timing of concertgoers’ exits.

To the deputies, Moody made no remarks.

No one was hurt.

Always remember to report whatever you see.

People noticed something extremely inappropriate for the situation and alerted security, who then alerted deputies.

A potential disaster was averted because of a combination of situational awareness and realizing “something does not fit.”

“Always remember to report whatever you see.

People noticed something extremely inappropriate for the situation and alerted security, who then alerted deputies.

A potential disaster was averted because of the combination of situational awareness and realizing “something does not fit,” “the Sheriff’s Office for Grant County reported.

In their post on Twitter, Bass Canyon praised concertgoers for alerting security to the suspect, who they added did not have a wristband to access the festival, and thanked authorities “for addressing the issue.”

Who was Joanne Koch? What was his Cause of death? Revealed

Kiely Rodni found dead: How did she die? Cause of death Revealed