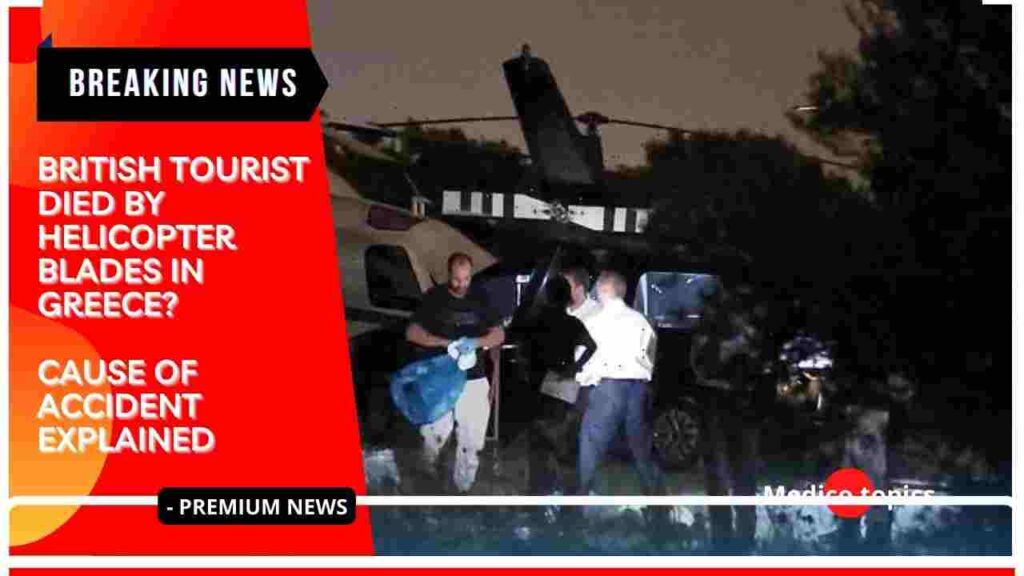 British tourist died at Spata airport: At an airport in Spata on Monday, a young British tourist was tragically killed when a helicopter’s blades tore his body to pieces. Let’s see what happened and the cause of tragedy.

What happened at Spata Airport?

The unnamed guy, 21, was getting off the aircraft at the private airport with three other visitors, including his sister, after their affluent parents had paid for their travel from Mykonos to Athens.

He apparently approached the Bell 407 helicopter from behind while the engines were running, and was struck by the tail rotor.

The event, which occurred at approximately 6.20 p.m. local time, left the guy with serious injuries, though the specific circumstances are still unclear.

Cause of the tragedy

The circumstances that caused the fatal accident are yet unknown.

On the outskirts of the Greek capital, emergency responders rushed to the private helipad.

The young man is believed to have passed almost instantaneously when he was struck by the helicopter’s blades.

Even though the incident’s cause is yet unknown, the circumstances that lead up to it are being looked into.

Police statements about the incident

Emergency personnel were sent to the private heliport outside of Athens, but it’s believed that the victim was killed nearly quickly by the fast rotor.

We are discussing a disaster—an unexpected tragedy that should never have occurred, a police source told The Sun.

When rotor blades provide such an apparent threat, it is still unclear why this occurred or was let to occur. The cause is currently under investigation.

The pilot who had landed and observed the horrible episode was forced to radio ahead to his colleague and inform him of what had happened since a second helicopter carrying the victim’s parents was following closely behind.

Second helicopter behind the tragedy

To avoid the man’s parents from seeing the site of the fatal tragedy, the pilot of the second helicopter took the decision to deviate from the private airstrip in Spata and instead made an emergency landing at Athens International Airport.

Although the family involved was not identified by police sources, it is known that they are quite rich.

Locals informed The Sun that limos were preparing to transport them to a private plane parked at Athens International Airport and were waiting at the Spata heliport.

On Monday night, Greek police were spotted at the location conducting their investigation. It is said that they are questioning the helicopter’s landing pilot about why the passengers were permitted to leave the vehicle while the rotors were still spinning.

This is a developing story. Updates on British tourist who died from helicopter blades will go here.

Why did Choco Tacos discontinue after nearly 40 years? Explained