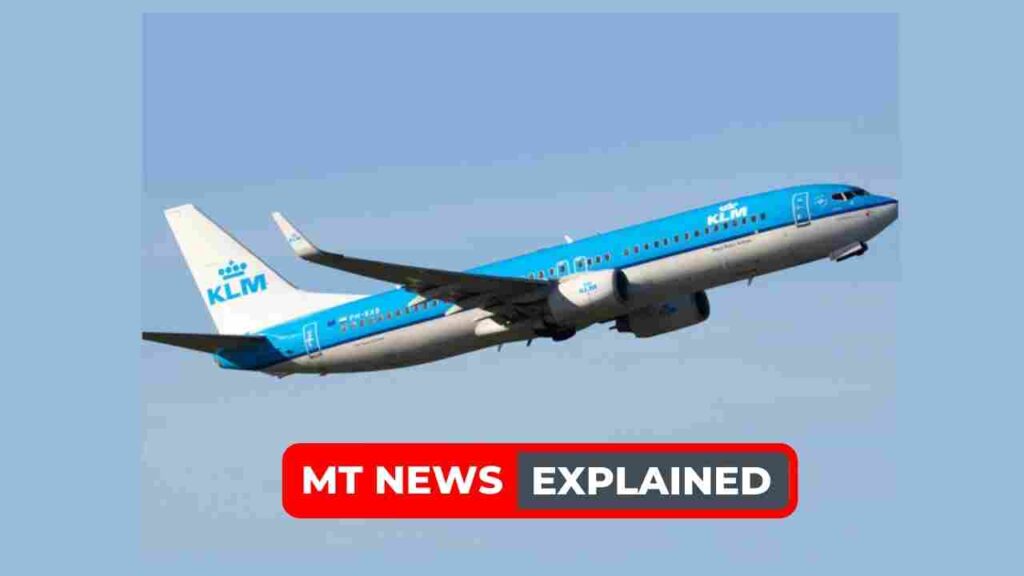 Flight of KLM is diverted to Shannon Airport after passenger passes away. Learn more about Boeing 777-300 aircraft tragedy and How did the man in his 50s die in detail.

Early this morning, a flight was diverted to Shannon Airport, and on board, a passenger passed away. At the moment, flight 714 of KLM Royal Dutch Airlines was en route from Paramaribo, Suriname, on the northeastern coast of South America, to Amsterdam, The Netherlands.

What happened to the passenger?

When they called local air traffic authorities to inform them of their dilemma, the Boeing 777-300(ER) aircraft was about two hours southwest of Ireland. The crew acknowledged that they had a male passenger who had been unwell on board.

The man, who was thought to be in his late 50s, is thought to have received aid from two doctors who were also on board, but he later passed unexpectedly.

The flight crew approached Shannon’s relevant authorities for permission to divert there and for them to be informed. At 4.22 in the morning, the plane touched down, and airport staff, a doctor from the area, and members of An Garda Sochána met it at the terminal.

The individual was declared dead while aboard the plane, and his body was later taken to the mortuary at University Hospital Limerick, where an autopsy will be performed.

The senior member of the cabin staff who Garda spoke to briefed them on the situation. It is believed that the man was on a family vacation at the time.

An airport “sudden death” was reported this morning, and a Garda spokesman confirmed that officers responded to the scene. The man’s body will also be returned to his country of origin, according to Garda, who also confirmed that a post-mortem examination will be performed. At six in the morning, the flight proceeded to Amsterdam.

On January 1st, a KLM flight was diverted to Shannon Airport when a young woman appeared to have suffered a stroke. After the flight touched down in Shannon at 1:50 pm on Sunday, she was taken urgently to University Hospital Limerick.

Shannon Airport handled about sixty unexpected and emergency landings in 2022, 16 of which had medical detours. A passenger who became ill while flying from Turkey to Columbia in October was declared dead after the plane was redirected to Shannon.

How did David Gold die? Joint-chairman of West Ham United cause of death Explained

Missing: What happened to Adamaris Garcia? Know everything about the NYC 21-year old women